Sekondi Hasaacas were simply unstoppable on match day 7 following an impressive 3-0 win against Pacific Heroes at the Sekondi Gyandu park.

The former Premier League side who started the season on a sloppy note, are gradually picking up the pieces. Philip Flamini opened the scoring in the 16th minute before making an assist 20 minutes later for Theophilus Nana Awortwe to slot home for the second goal of the day.

The second half was quite balance as Pacific Heroes improved tremendously and showed signs of redeeming themselves. But their hard work failed to produce the needed results.

The Western show boys increased the tally in the 80th minute through Ibrahim Sanah to settle things for them. The win has lifted them to the second spot with 13 points, one adrift zone two league leaders Bibiani Gold Stars.

In Daboase, Shaibu Tahiru scored in the 65th minute to hand Skyy FC a 1-0 win against Proud United. Elsewhere in Assin Fosu, Prince Antwi netted for New Edubiase United to give them a 1-0 win over Wassaman United. 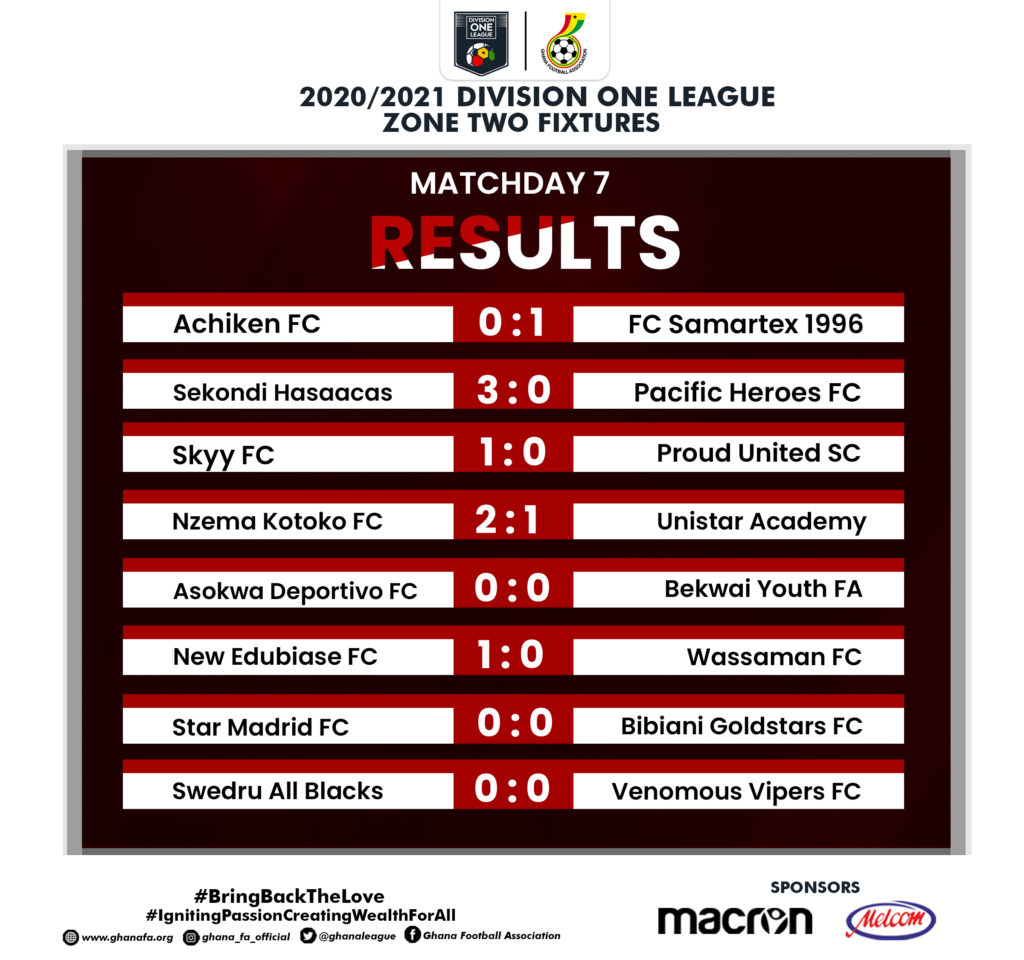