The game between Accra Lions FC and FC Samartex 1996 at the WAFA Park in Sogakope will open the Match-day 9 round of betPawa Premier League matches.

Monday will also see RTU travel from Tamale to DUN's Park in Bibiani where they come up against Gold Stars.

The top flight league returns from the World Cup break on December 19 when the two matches kick off at 3pm next Monday.

The top liner for Week 9  will be at the CAM Park in Aiyinase where Karela United FC will host Medeama SC in a midweek fixture.

Below are the fixtures for Matchweek 9: 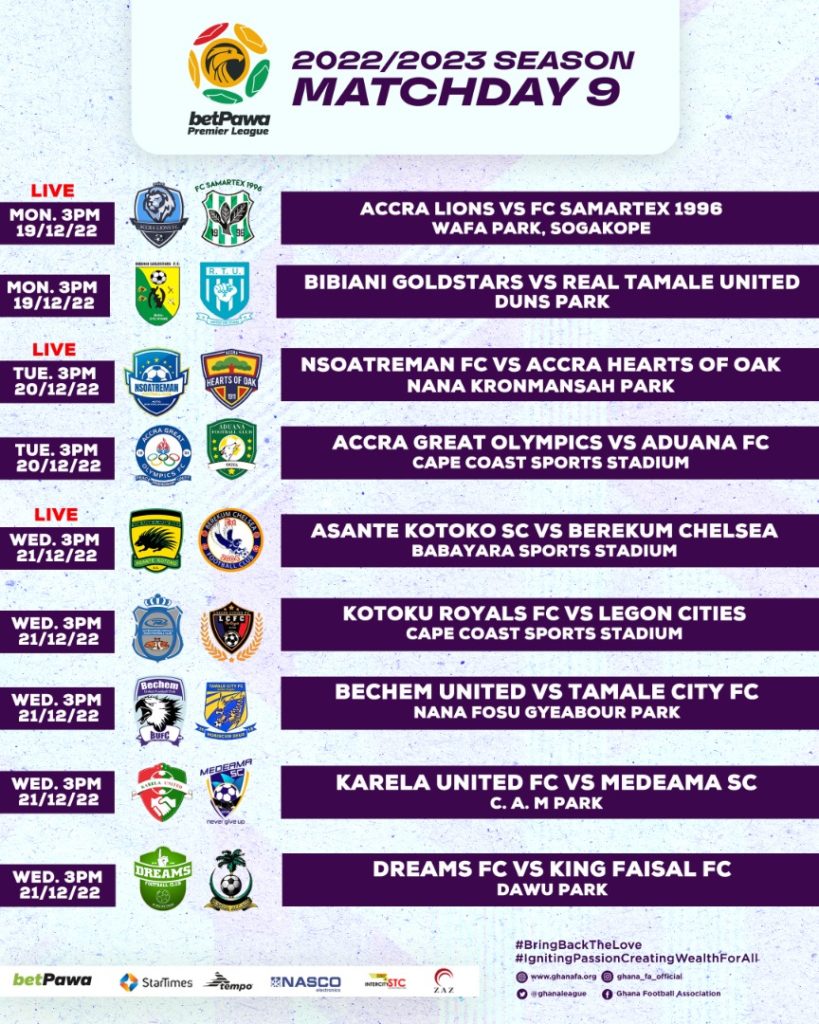