Fifty Referees from the Catch Them Young policy have ended their training programme at the Ghanaman Centre of Excellence at Prampram. 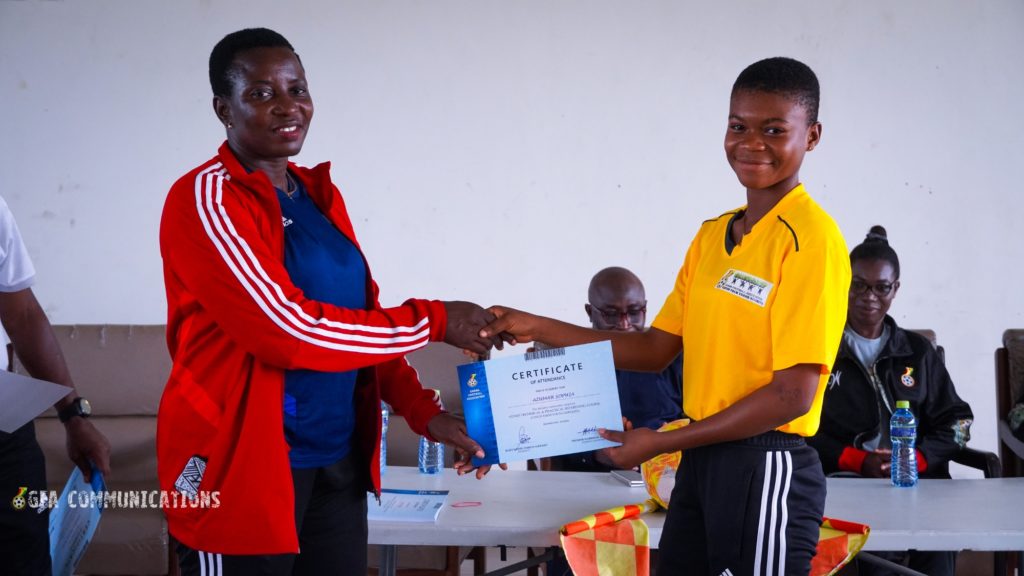 The training which forms part of our grand agenda to train reputable referees at the grass roots level and also for future senior competitions was held from Monday, May 9 – Saturday, May 14, 2022. 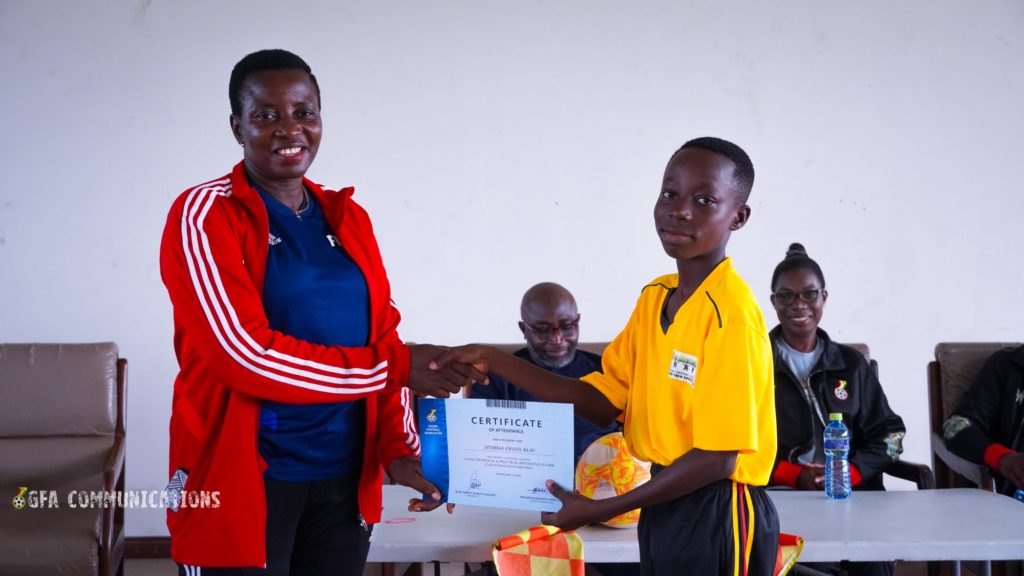 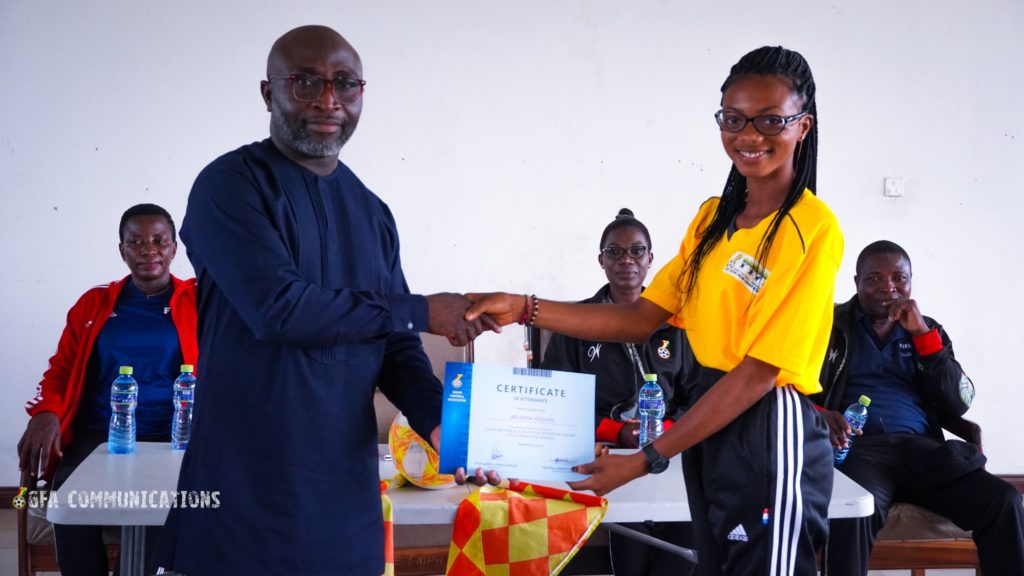 The young referees who were from the Ten Football Regions were taking through the Laws of the Game and other practical exercises ahead of the 2022 Regional Juvenile tournaments and the KGL U-17 Inter Club Champions League. 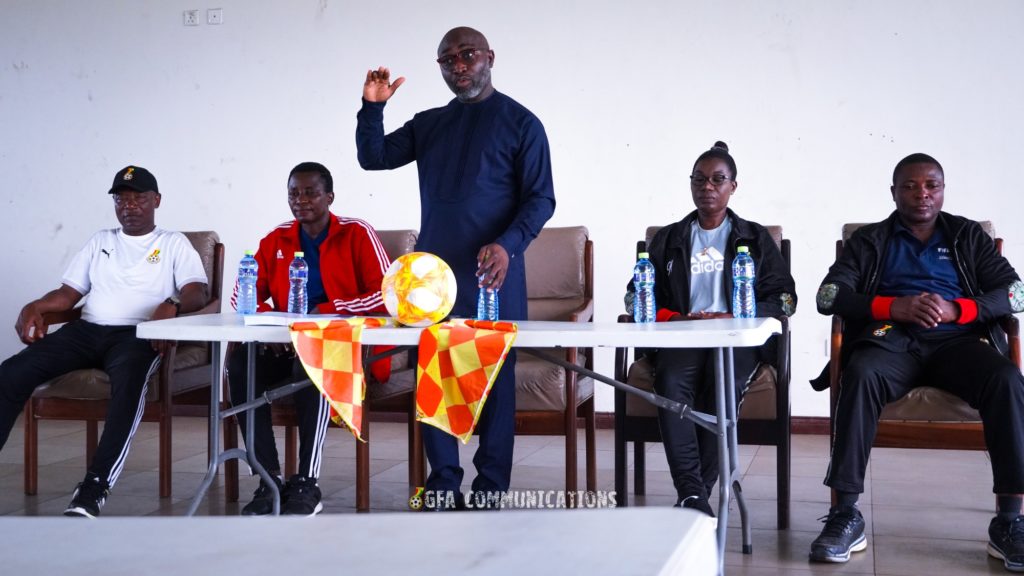 Referees Manager of the Ghana Football Association Alex Kotey led a team of Instructors for the course - they include Emmanuella Aglago, Abigail Sowah and William Lante Quaye. 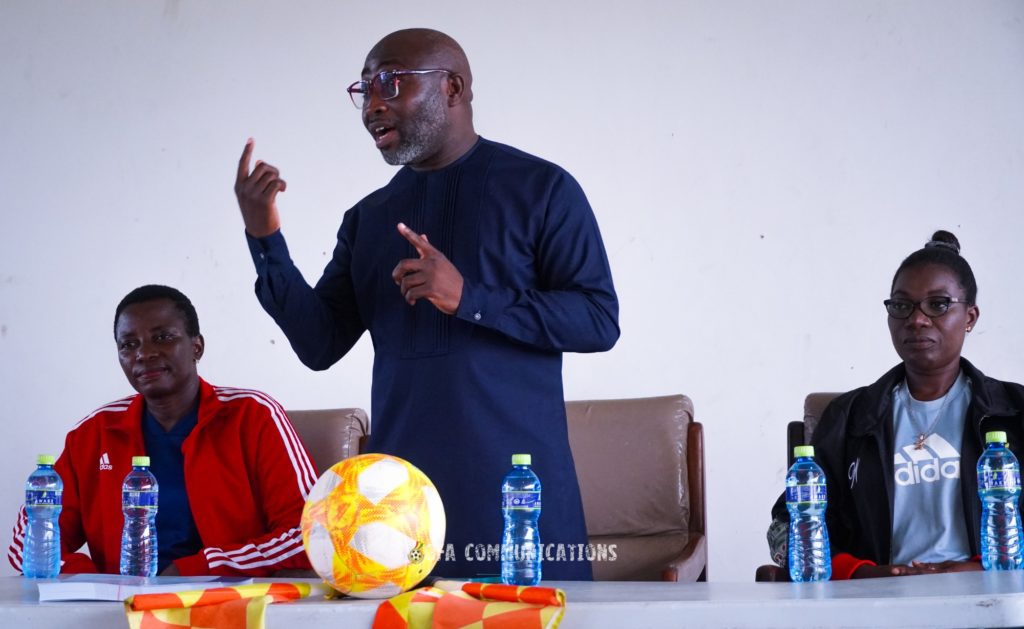 GFA General Secretary Prosper Harrison Addo attended the closing ceremony at the Ghanaman Centre of Excellence at Prampram where he presented Certificates to the participants.