Ghana have arrived in Costa Rica for a record sixth straight FIFA U-20 Women’s World Cup tournament. The Black Princesses’ are eyeing their first qualification to the second round of the tournament having failed to do so in their previous engagements in 2010, 2012, 2014, 2016 and 2018.

Coach Ben Fokuo’s side began preparations at the Ghanaman Centre of Excellence at Prampram before travelling to Paris where they played France in an International friendly that ended 4-0 in favour of the host. The team rounded up their preparations with a 6-0 win against Club Sport Herediano – a second tier club in Costa Rica.

Ghana’s first match is against the United States of America on Thursday, August 11, 2022 with matches against Japan and the Netherlands following in that order.

Find the dates, venues and full schedule for the Group stage in the attached file: 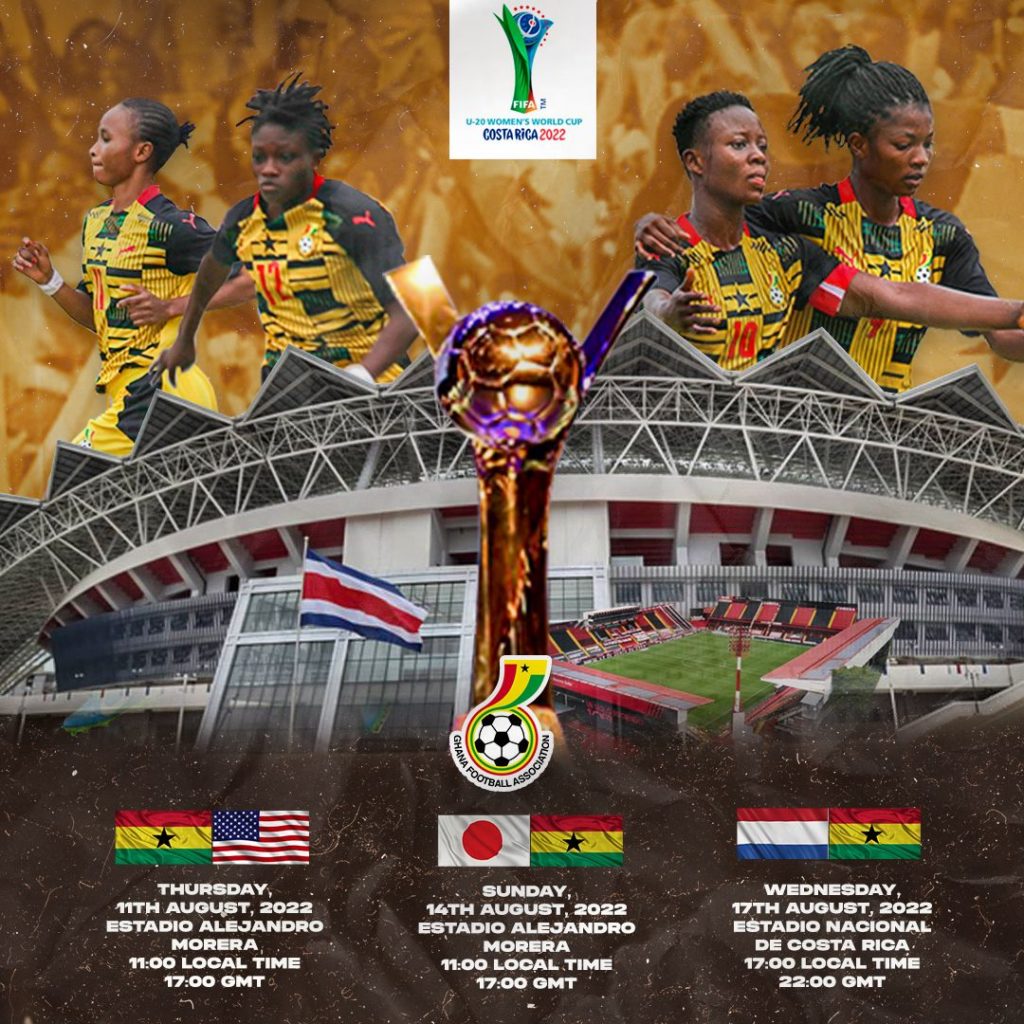