Ghana’s Black Maidens are one match away from qualifying to the FIFA U-17 Women’s World Cup 2022 after beating Morocco 2-0 at the Accra sports stadium on Friday.

The Maidens started the game on the high but Morocco proved a hard nut to crack in the first few minutes of the game.

Success Ameyaa came close with a lovely strike from the edge of the box but had her effort saved but Stella Nyamekye fired a beautiful shot from close range to put the Maidens in front in the 18th minute.

Rashida Shahadu’s chance to double the lead for the host was flagged offside in the 23rd minute. The score line remained 1-0 in favour of Ghana at the break. 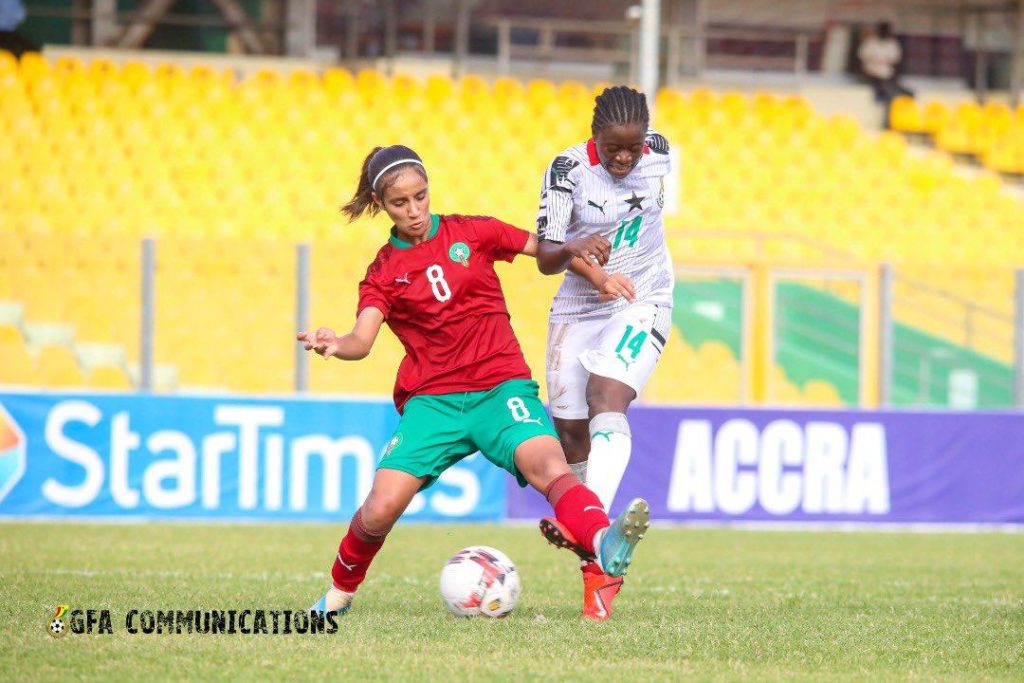 Stella Nyamekye came close to doubling Ghana’s lead in the 52nd and 60th minutes but her efforts were saved by the Moroccan  goalkeeper.

The Black Maidens won a free kick in the 65th minute, which was wonderfully converted by Nancy Amoh to give Ghana a 2-0 lead.

Nancy Amoh came close to adding to the tally but her long range strike was tipped away by the goalkeeper before hitting the side of the post, with just 4 minutes to end the game. 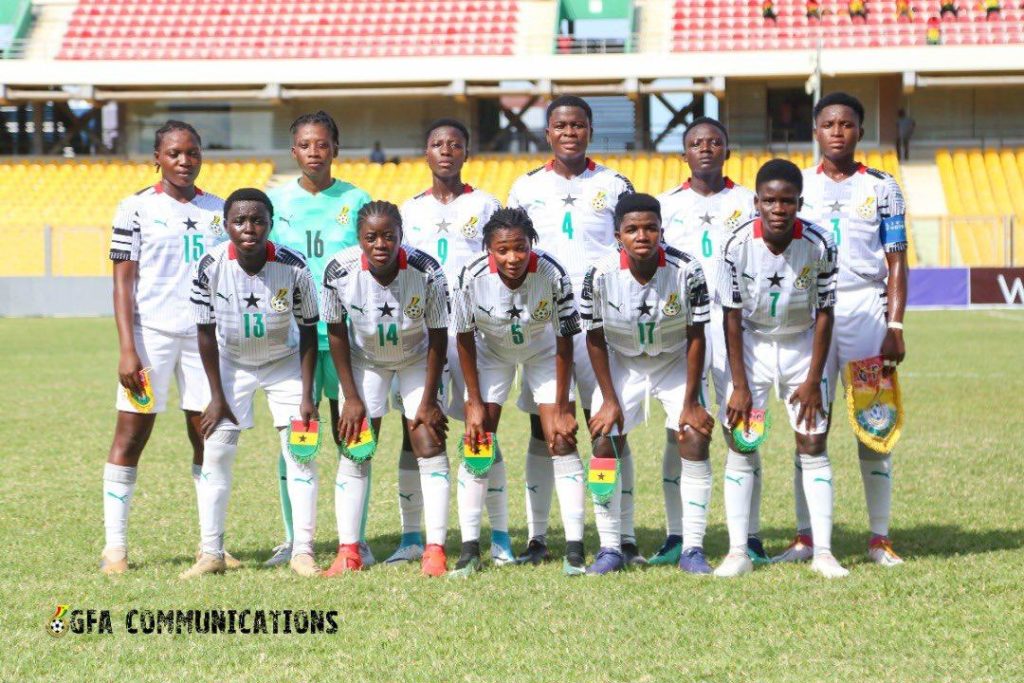 Ghana continued to push for a third goal but Morocco stood resolute to deny the Maidens as the referee whistled to end proceedings.

The return leg is scheduled for Rabat, Morocco in two weeks with the winner qualifying for the FIFA U-17 Women’s World Cup, India 2022.