Former Premier League side Elmina Sharks got off to a good start in the 2022/23 Access Bank Division One League as they beat Nzema Kotoko 2-1 at the Nduom Sports complex on Sunday.

The seasoned campaigners who suffered relegation last season aim to make a quick return to the top flight – having dropped to the second tier competition after five seasons in the Premier League. Bright Frimpong opened the scoring for Sharks 12 minutes after the break as he scored from the spot to give his side the lead.

Nzema Kotoko drew parity in the 76th minute through Daniel Yamoah but couldn’t hold on as the home side fought back stronger to score the winning goal in the 80th minute through Richard Appiah.

Nations FC were big winners on the opening weekend as they overcame a stubborn Swedru All Blacks side 3-0 at Abrankese, near Kumasi. Nations FC – formerly known as Bekwai Youth Football Academy - were playing at their new grounds for the first time since they moved from Bekwai.

Forward Suraj Seidu hit the target in the 41st minute to give Nations FC a deserved lead after dominating proceedings in the first half. Back from recess, Asamoah Boateng got his name on the score sheet to double their lead inside 72minutes. The nimble footed attacker added to the tally four minutes from time as the home side coasted to a 3-0 victory.

In another enthralling encounter – Asokwa Deportivo fell heavily on Match Day one as they lost 3-0 to new boys Sefwi All Stars with Frederick Kesse (59th minute) and Barima Baah’s brace (65th, 89th) gave them all the points against Asokwa Deportivo.

Here are Results for Match Day One in Zone Two: 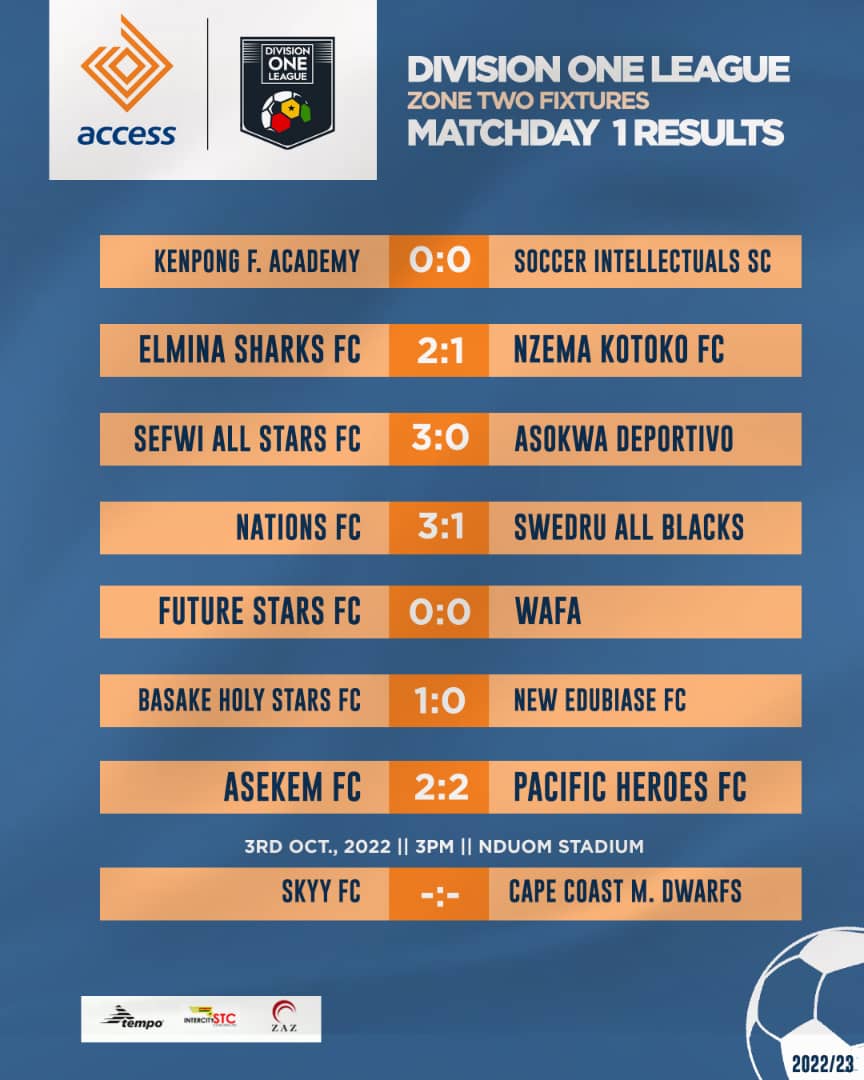