Liberty Professionals, on Saturday, suffered their second defeat on the spin as they fell 2-1 to Ebusua Dwarfs in the Ghana Premier League.

The scientific soccer lads threw away an early lead at the Ibrahim Sly Tetteh park in Dansoman as Dwarfs came from behind to record a second away win, second time in three weeks in Accra.

Ebusua Dwarfs ended the game with 10-men after Simon Martey was shown the red card in the 74th minute.

Liberty Professionals made two changes to the side that lost 2-0 to Asante Kotoko in Thursday. Stanley Aniagyei Ampaw returned from suspension to take the place of Mudashar Issah while George William Ansong regained a starting role replacing Daniel Antwi. 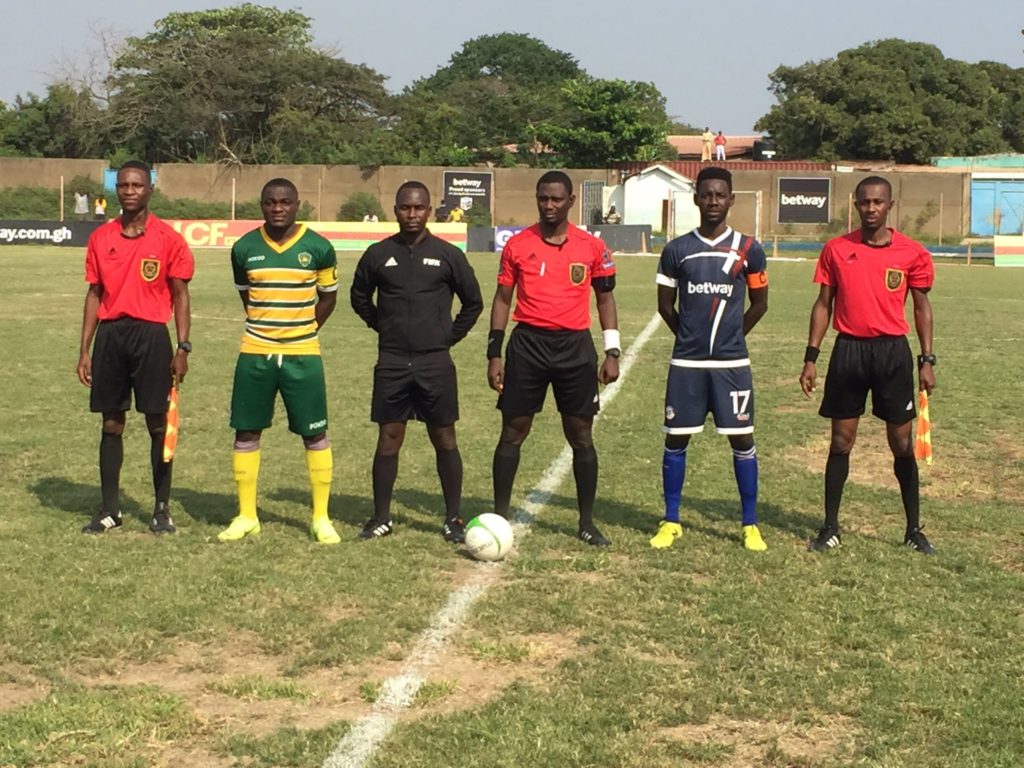 Ebusua Dwarfs Coach Ernest Thompson Quartey tweaked his side with one change to the team that lost 2-0 to Dreams FC. Emmanuel Anaful took the place of Prince Kpodo in defence.

Speedster Abraham Wayo opened the scoring for Liberty Professionals in the 16th minute as he made no mistake from the spot to register his 3rd of the season.

Dwarfs clinched the winner in the 83th minute with a goal from Sumaila Moro as they record second away victory of the season.

The result means Ebusua Dwarfs remain unbeaten in three visits to the capital following a 2-1 win against Legon Cities three weeks ago and a 1-1 draw against Accra Great Olympics a fortnight ago.

Liberty will trek to Dawu for their next game against Dreams FC on match day ten.

Ebusua Dwarfs will on Wednesday play host to Asante Kotoko SC in their rescheduled fixture at the Cape Coast Stadium.