Tema Youth maintained their unbeaten run in the Division One League following a 0-0 draw against Heart of Lions on match day 19 at the Kpando Park on Sunday.

The Harbour Warriors sit at the top of the Zone three table with 41 points – two points ahead of second placed Accra Lions who play against Vision FC on Monday. The two former Premier League campaigners failed to score after putting up a much decent campaign thus far.

Tema Youth paraded a very strong side that had their lead scorer Evans Osei Wusu (7 goals), Stephen Appiah Asare, Jermiah Akorful and Daniel Appiah in full flight – but the home side put up a solid display to keep them at bay.

In Akyem Oda, Kotoku Royals drew 1-1 with Phar Rangers on Sunday. Samuel Atta Kumi score in the second half to cancel Mohammed Nuru’s first half strike as the two teams settled for a draw.

Benjamin Armah scored a brace as Uncle T United shocked Nania FC 2-0 at the Nania Park at Legon. The lanky attacker scored in either half of the game to give his side the needed points.

Zone Three results at a glance: 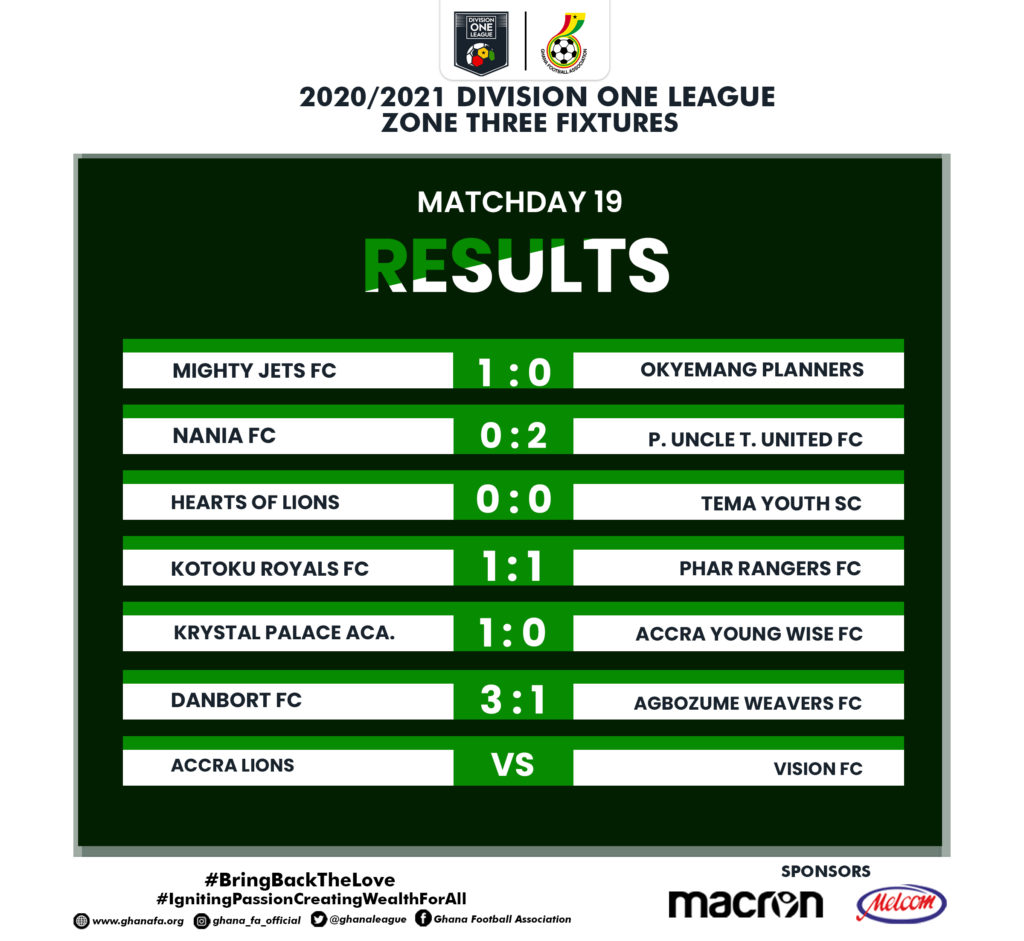