Young Apostles FC defeated Tamale City 2-1 on match day 18 of the National Division One League at the Sunyani Coronation Park on Wednesday.

Samuel Norgbey continued his rich vein of form with a late strike to give Apostles the last laugh in the 85th minute.

Michael Gyamerah opened the scoring in the first half but Sam Otis netted in the 79th minute to cancel the lead. With five minutes to end proceedings, Samuel Norgbey popped up to smash home the match winner.

In Tamale, Adam Baba scored an 89th minute goal to give Yendi Gbewaa a 1-0 win against Berekum Arsenal at the Aliu Mahama stadium. 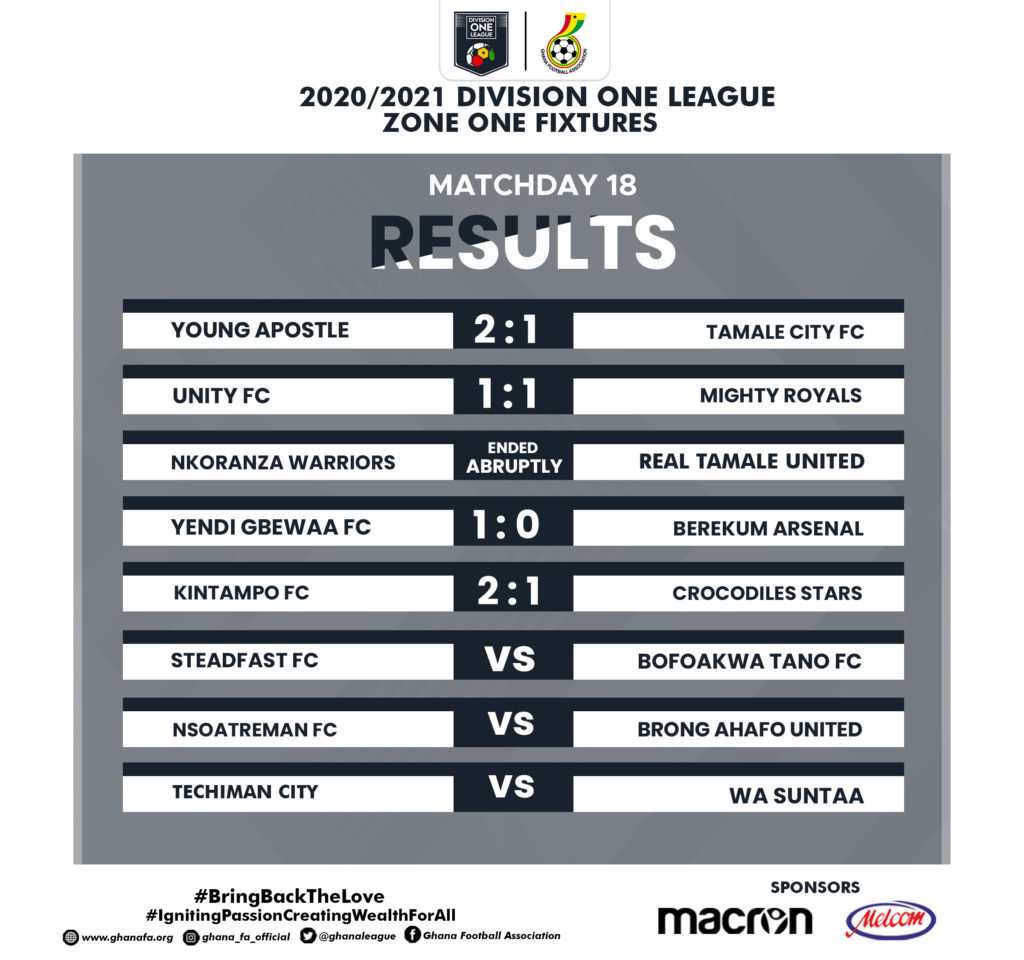