Zone One leaders Bofoakwa Tano have a difficult test against neighbours Berekum Arsenal at the Golden City Park on the final day of the Division One League.

The fixture which comes off on Sunday pits two of the best teams in the Zone against each other – with the former looking for their first Premier League appearance in about two decades. The Sunyani based side have had a stellar campaign thus far and lead the table with 64 points – five points ahead of second placed Real Tamale United who have a game in hand.

Six points separate Bofoakwa and Arsenal and a win on Sunday will put the leaders in a good position for elite football.

Another cliffhanger comes off in Tamale where Real Tamale United clash with Unity FC at the Aliu Mahama stadium.

RTU have not lost a game since the abortive League game against Brong Ahafo United at the Coronation Park. Fourth placed Steadfast FC will trek to Wa to play Suntaa FC at the Malik Jabir Park.

Steadfast FC are sixteen points clear from their opponents and aim to finish the season on a high - with an eye on a ticket to play in the newly introduced Division One League Super Cup.

Here are the full fixtures for Match day 30 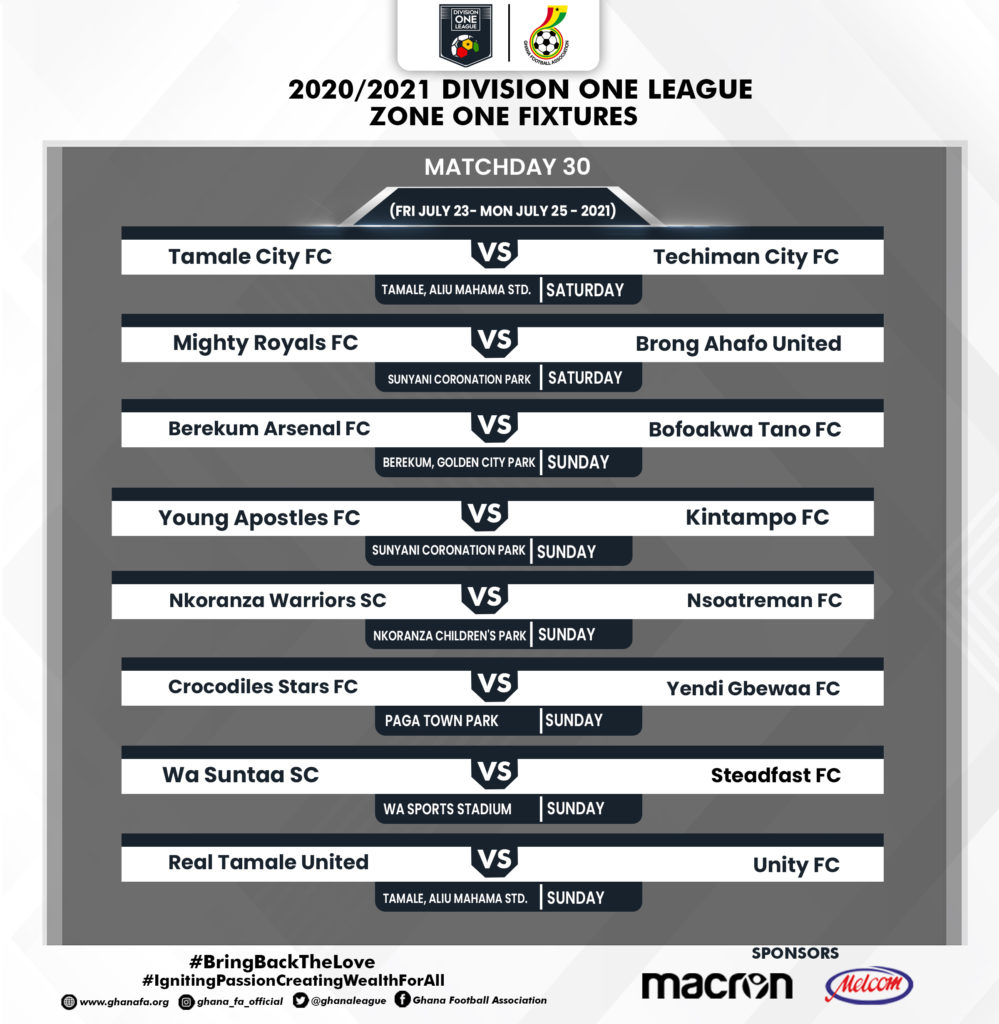