Zone One leaders Real Tamale United have a home tie against Nsoatreman FC on match day 21 of the Division One League on Sunday.

RTU have been very dominant at home this season – having won 8 of the total number of wins (11) at the Aliu Mahama Stadium with 5 ending in a draw. They sit at the top of the table with 41 points – three points ahead of city rivals Steadfast FC who sit in second place.

The two teams are separated by a whopping 17 points – with Nsoatreman sitting 11th in the table with 24 points.

The two top strikers for both sides Kwabena Owusu Sekyere (Nsoatreman FC) and Ronald Frimpong (RTU) have scored six goals each – five goals behind Welbeck Takyi who leads the top scorers chart with 11 goals. A win for RTU will further strengthen their grip at the top of the table – and put their Premier League ambition on course.

Steadfast FC have been absolutely brilliant in the season and sit three points behind their city rivals. Abdul Fatawu Issahaku has been flying high all season and is critical to the success of the team – putting in some eye catching performances in the League and scoring eight goals in the process.

His strike partner Alhassan Siisu has also scored 10 goals – one behind Welbeck Takyi (Tano Bofoakwa) and Ansu Kofi Patrick (Berekum Arsenals) who have netted 11 times in this seasons Division One League. They have a date with 13th placed Yendi Gbewaa at the Aliu Mahama stadium on Sunday.

Third placed Berekum Arsenals will host Kintampo FC at the Golden city Park in while Bofoakwa Tano host Techiman City at the Coronation Park in Sunyani. 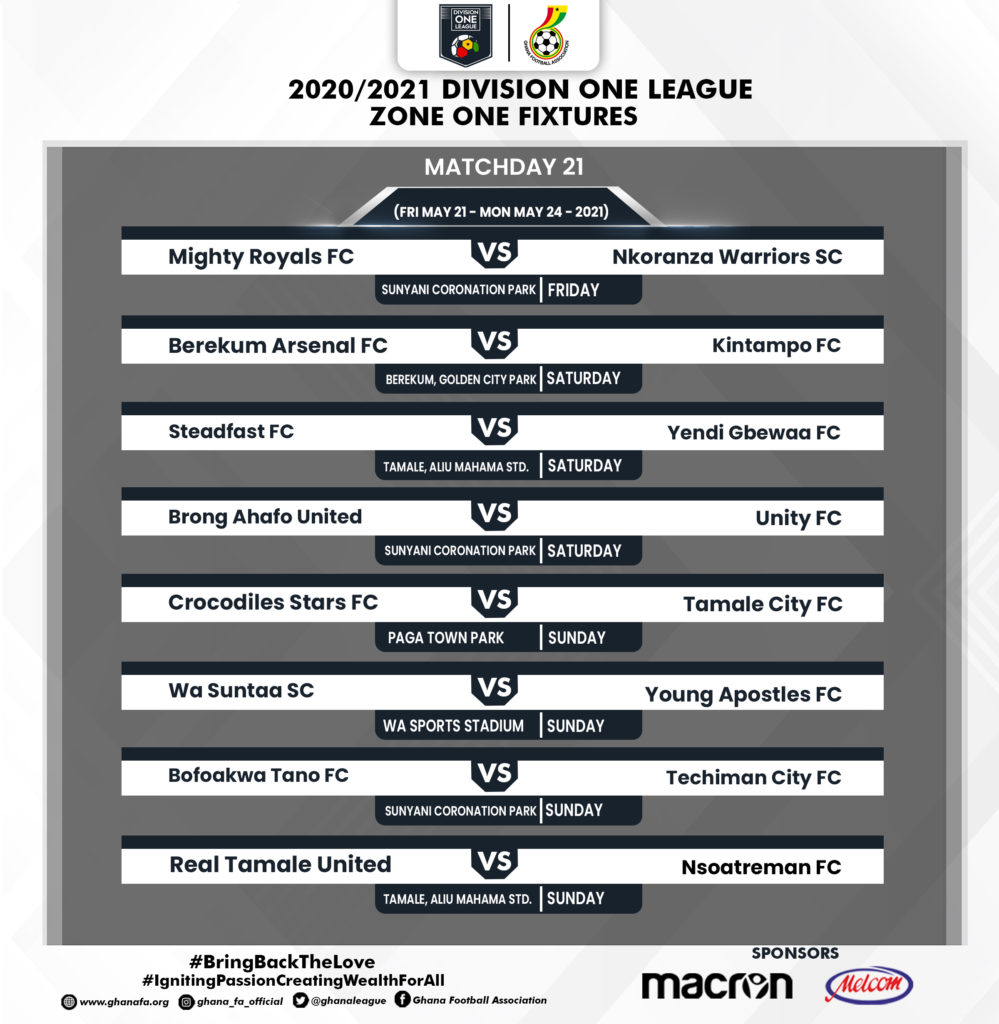