The top two teams in Zone two will clash in a top of the table encounter at DUN’s Park on match day 20 of the Division One League on Sunday.

Leaders Bibiani Gold Stars who have lost only one match in the on-going season will host second placed Skyy FC. Five point’s separates the Zone’s two top sides – throwing this tie wide open even though Gold Stars have a slight edge for playing at home.

They have bagged 44 points after 19 matches, five points richer than Skyy FC who sit in second place. The two teams are fighting tooth and nail for a Premier League appearance with Gold Stars’ Prince Owusu leading the top scorers chart in Zone two with 13 goals and poses a major threat to Skyy FC.

Benjamin Yorke of Samartex has 10 goals while Akesse Akesse of Nzema Kotoko sits in third place with 9 goals.

Here is what to expect on match day 20: 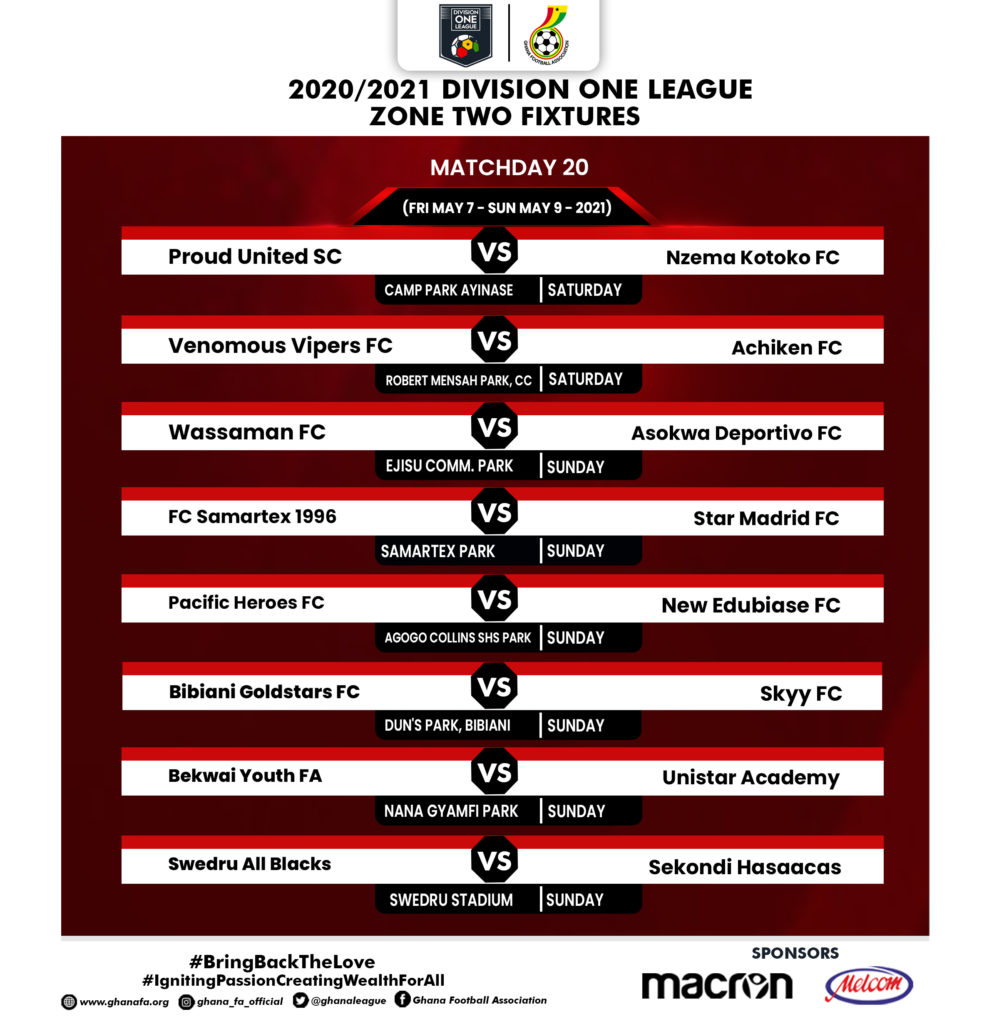