Zone One leaders Real Tamale United will square off with city rivals Tamale City Football Club on match day 20 of the Division One League at the Aliu Mahama stadium.

Tamale will come alive on Sunday as the two sides come face to face against each other in the biggest clash in the Zone. RTU have been lively throughout the campaign with scintillating football that has caught the attention of football fans in Zone One.

They sit at the top of the League table with 40 points – and a win on Sunday will put them in a good position to challenge for a Premier League return. Tamale City started the season in an explosive manner but have imploded in the last four weeks to drop to fifth place – 5 points behind the leaders and a defeat to their rivals with push them further down the table.

In other matches, Techiman City will play host to second place Berekum Arsenals at the Kintampo Rawlings Park.  Nsoatreman City FC who sits in 12th place with 21 points will lock horns with second placed Steadfast FC at the Coronation Park in Sunyani. Strugglers Unity FC have a date with contenders Bofoakwa Tano at Kenyasi.

Here is what to expect on match day 20: 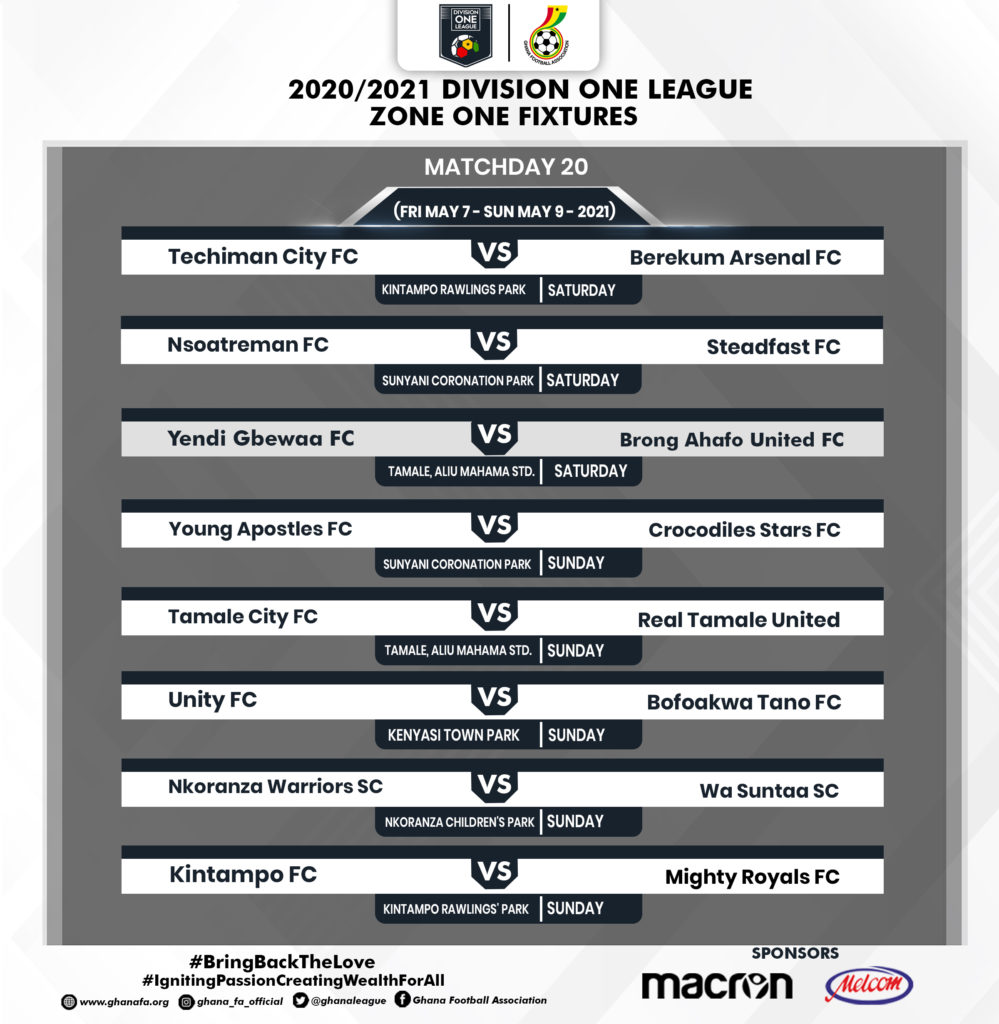