Kpando Heart of Lions scored two first half goals to beat Vision FC 2-1 on match day one of the 2020/21 National Division One League.

Prince Asarfo scored the game’s first goal in the 20th minute after connecting from a cross to beat goalkeeper Obeng Adade. The Kpando lads increased the tally three minutes from the break, this time Patrick Amoah latched on to a free kick to nod home for the second goal in the 42nd minute.

This forced Heart of Lions to defend from deep as Vision FC committed men forward especially in wide positions. They reduced the deficit in the 68th minute through substitute Mohammed Karim.

Still in Zone Three, Tema Youth left it late to beat Young Wise 2-1 at the Tema park. Gordon Akaminko scored a penalty in added time to turn their fortunes around in a hard-fought victory.

The Harbour Warriors played the second half with 10 men after defender Philip Ofori was sent off. Daniel Appiah scored first for Tema Youth inside 55 minutes but his goal was cancelled by Robert Damptey in the 67th minute.

The full results are as follows: 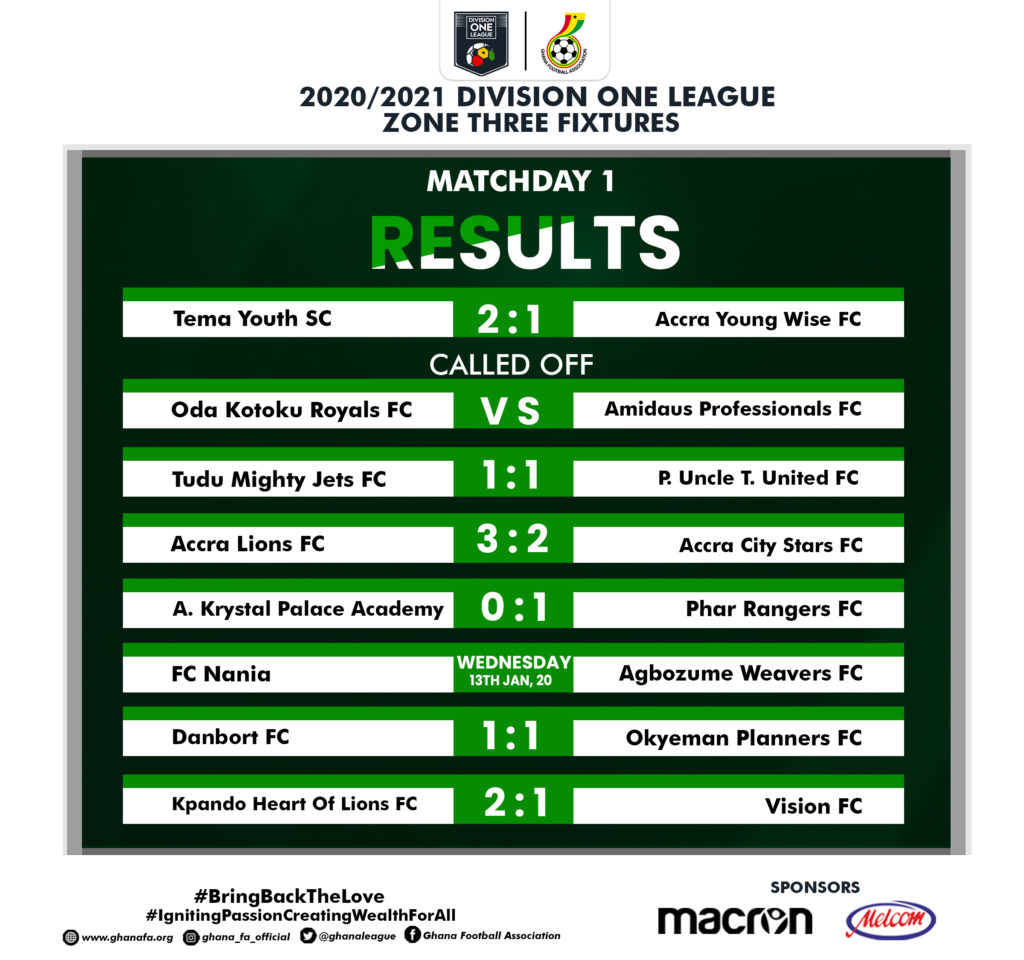