Bibiani Gold Stars scored in injury time to rescue a point at Dun’s park against Asokwa Deportivo on Sunday.

The Kumasi based side drew the first blood at the lion’s den in Bibiani through Gordon Brooklyn but the home side came from behind and drew parity before the break.

Prince Owusu brought the home side back to life in front of their teaming fans at the Dun’s park. The first half ended 1-1.

Back from recess, Deportivo scored again through substitute Kofi Frimpong to lead 2-1. Deportivo held on to their lead by frustrating the home side until the 97th when Emmanuel Ashong Odai popped up to score the long-awaited equalizer to give the home side a sigh, ending the game 2-2.

Gold Stars lead the log with 13 points, three ahead of Sekondi Hasaacas and Skyy FC who sit in second and third respectively.

In Sekondi, fans were thrilled with goals as Unistar Academy shocked Proud United 4-3 in a seven-goal thriller.

Ischak Zakaria gave Proud United the lead just 11 seconds into the game. Collins Cudjoe Adjaho doubled the lead for Proud United with a simple tap in six minutes later to give the home team more to smile about.

A change in system by coach Enos Adepa ensured Unistar Academy pulled one back through Francis Andy Kumi who converted beautifully from the penalty spot in the 27th minute.

Francis Andy Kumi scored a brace to equalize for Unistar Academy ensuring his side were back in the game. Henry Lamptey scored in the 56th minute to increase the tally for the visitors.

Francis Adu Kumi registered his third goal following a simple tap in as Unistar Academy extended their lead in the 74th minute. The away side led 4-2 until the 82nd minute when Ischak Zakaria scored Proud United’s third. 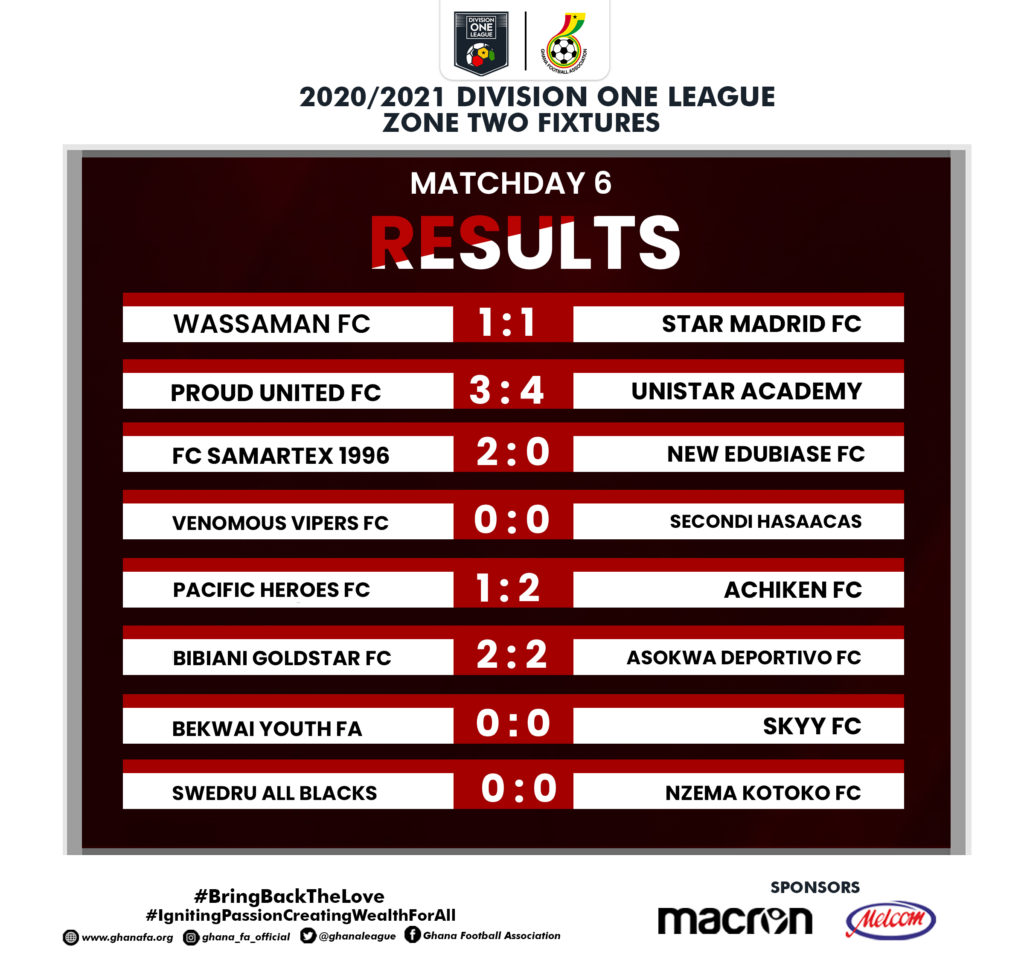