The National U20 Male team, Black Satellites have been drawn alongside Nigeria and Cote D’Ivoire in Group B of the WAFU Qualifying tournament to be staged in Togo.

This was confirmed after a virtual draw which was held in Abidjan on Tuesday October 20. 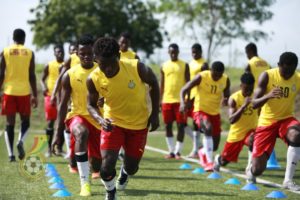 Host Nation Togo and Nigeria, who placed 3rd in the last U20 AFCON were seeded  in Group A and Group B respectively.

In Group A, Togo have been drawn alongside Niger, Benin and Burkina Faso.