Asante Kotoko smashed Elmina Sharks 3-0 at the Baba Yara Sports stadium as they were crowned Champions of the 2021/22 Ghana Premier League on Sunday.

The Porcupine Warriors wrapped up the season two weeks ago after a fine display on Match Day 30 earned them a 2-0 win against Medeama SC at the Akoon Park at Tarkwa. With the title already secured, the crowning moment was heralded with an outstanding display in front of their vociferous fans against relegated Elmina Sharks on Sunday. 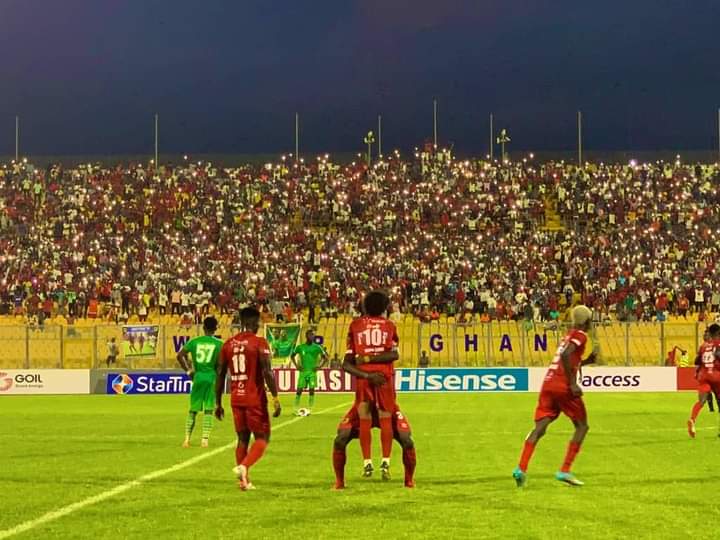 Ibrahim Moro gave them the lead in the 24th minute as he pummeled home a majestic free kick to send the stadium alive. Georges Mfegue wrapped up the win with a second half brace in the 80th and 88th minutes of the game. 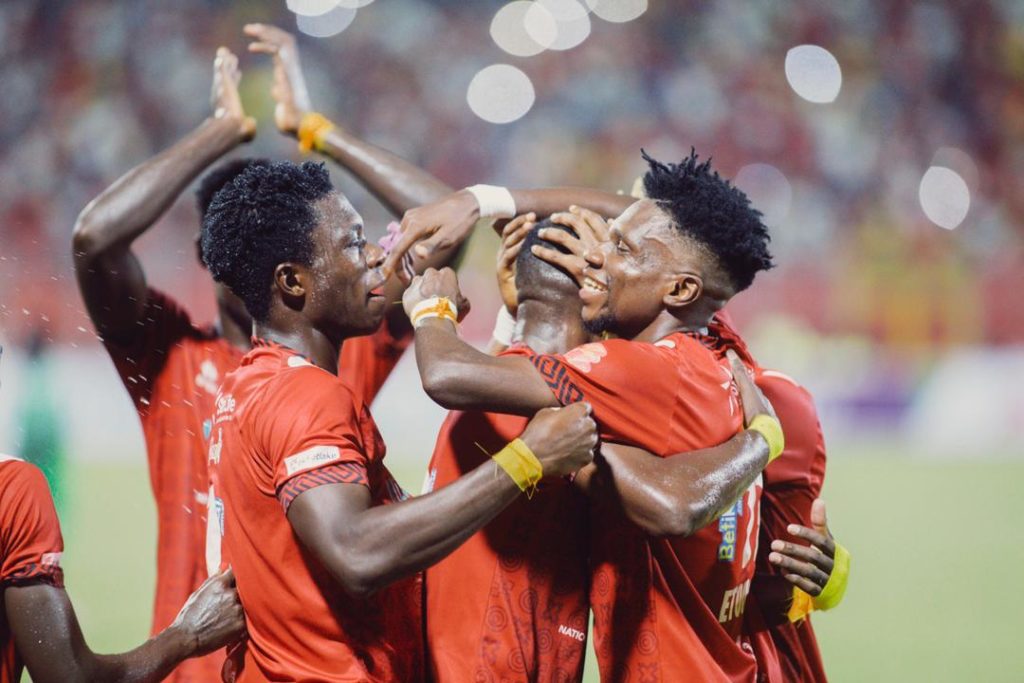 With one game left to end the 2021/22 season Asante Kotoko have 66 points – 10 points ahead of second placed Medeama SC – making the last game against Accra Lions a formality.

This season’s triumph takes their League trophy haul to 24 - with their last Premier League title dating back to the 2013/14 campaign. 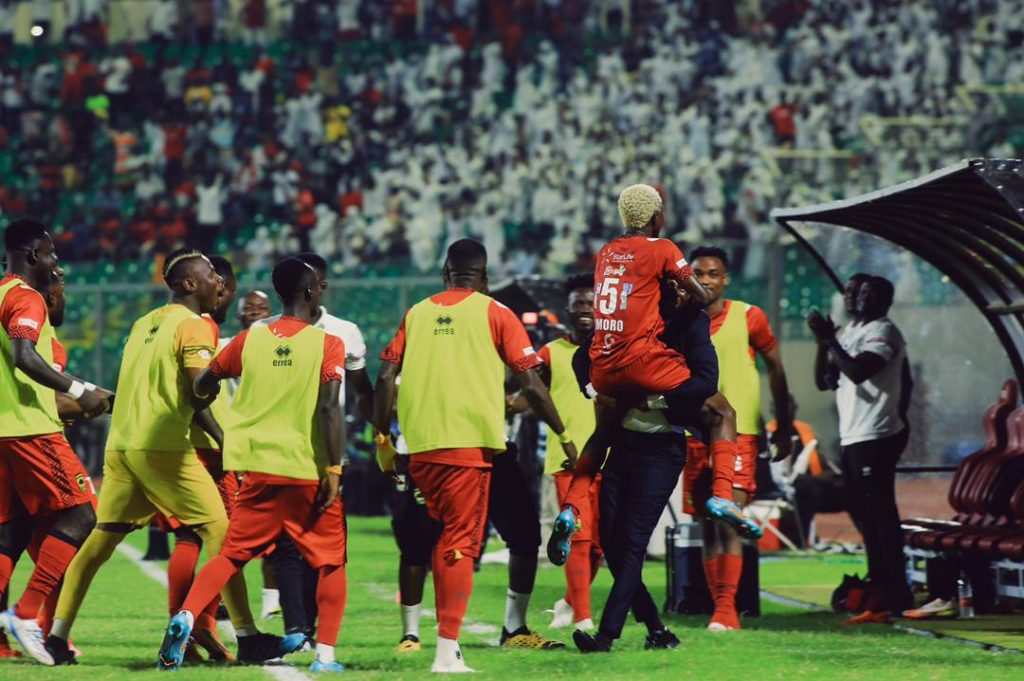 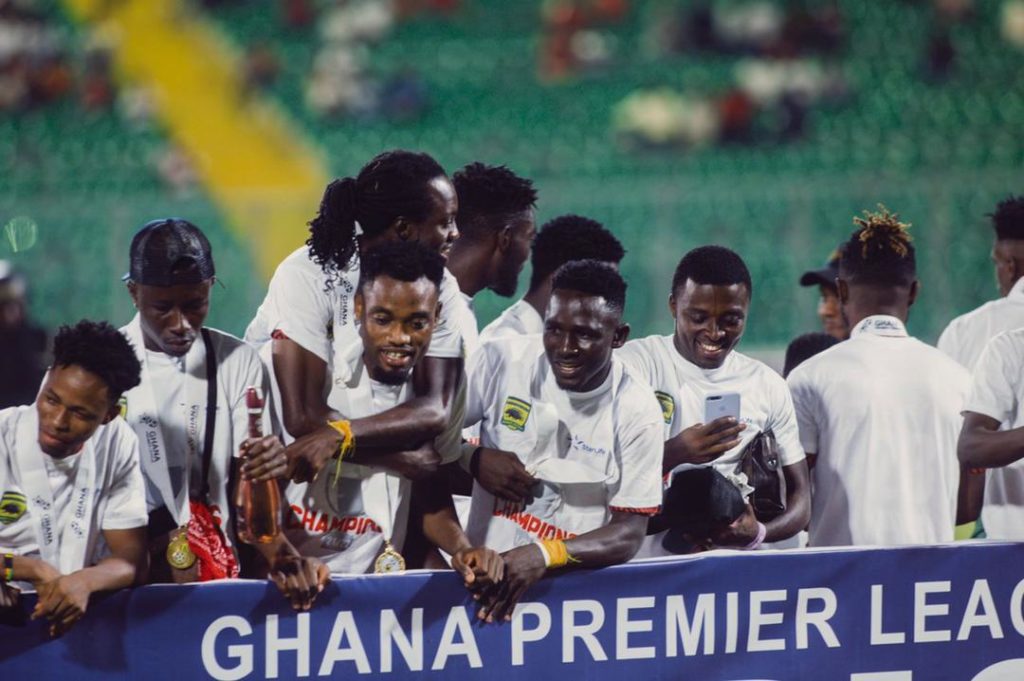 By virtue of this achivemt, Asante Kotoko will play in the 2022/23 TotalEnergies CAGF Champions League as Ghana’s sole representative in Africa’s flagship club competition. 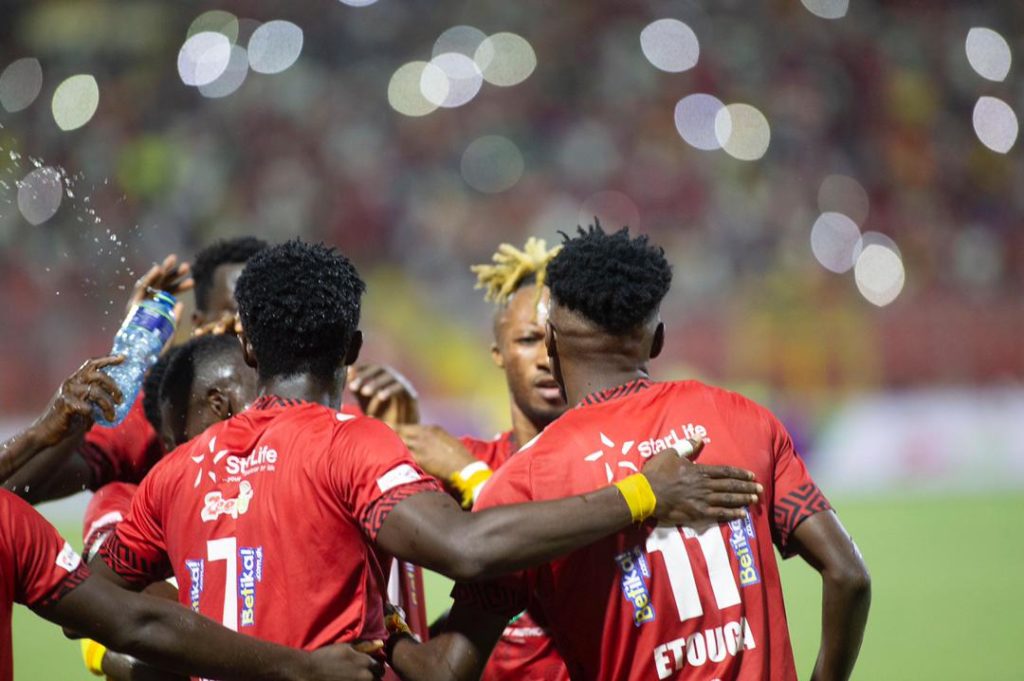