Asante Kotoko will on Monday, return to action in the Ghana Premier League as they take on Liberty professionals at the Accra sports stadium.

The last fixture for matchday 8 will see Kotoko face a much-improved Liberty side in Accra.

Last week, Asante Kotoko were declared losers of their CAF champions League tie against Sudanese side Al Hilal for not being able to raise a team to honour the final qualifying round second leg game in Khartoum as it emerged that some players and officials of the Ghanaian giants tested positive for COVID-19.

The Porcupine Warriors will look to put their woes behind them on Monday and fight for the points to revive their title aspirations.

Kotoko sit in 12th place in the table with 9 points, six points behind leaders AshantiGold SC.

Liberty have not lost a game since their 1-0 defeat to Berekum Chelsea in December, holding out a three-match unbeaten run in their last three outings.

They drew with Medeama SC (0-0) at Tarkwa, beat Great Olympics (2-0) before recording a slim 1-0 win against Legon Cities.

They will provide a stern test for Kotoko having lost just one game all season.

In recent years, Kotoko have dominated this fixture with 13 wins, six draws and five defeats in 24 meetings.

The game is scheduled for a 3pm kick off and it will be broadcasted live on StarTimes Adepa channel 247. 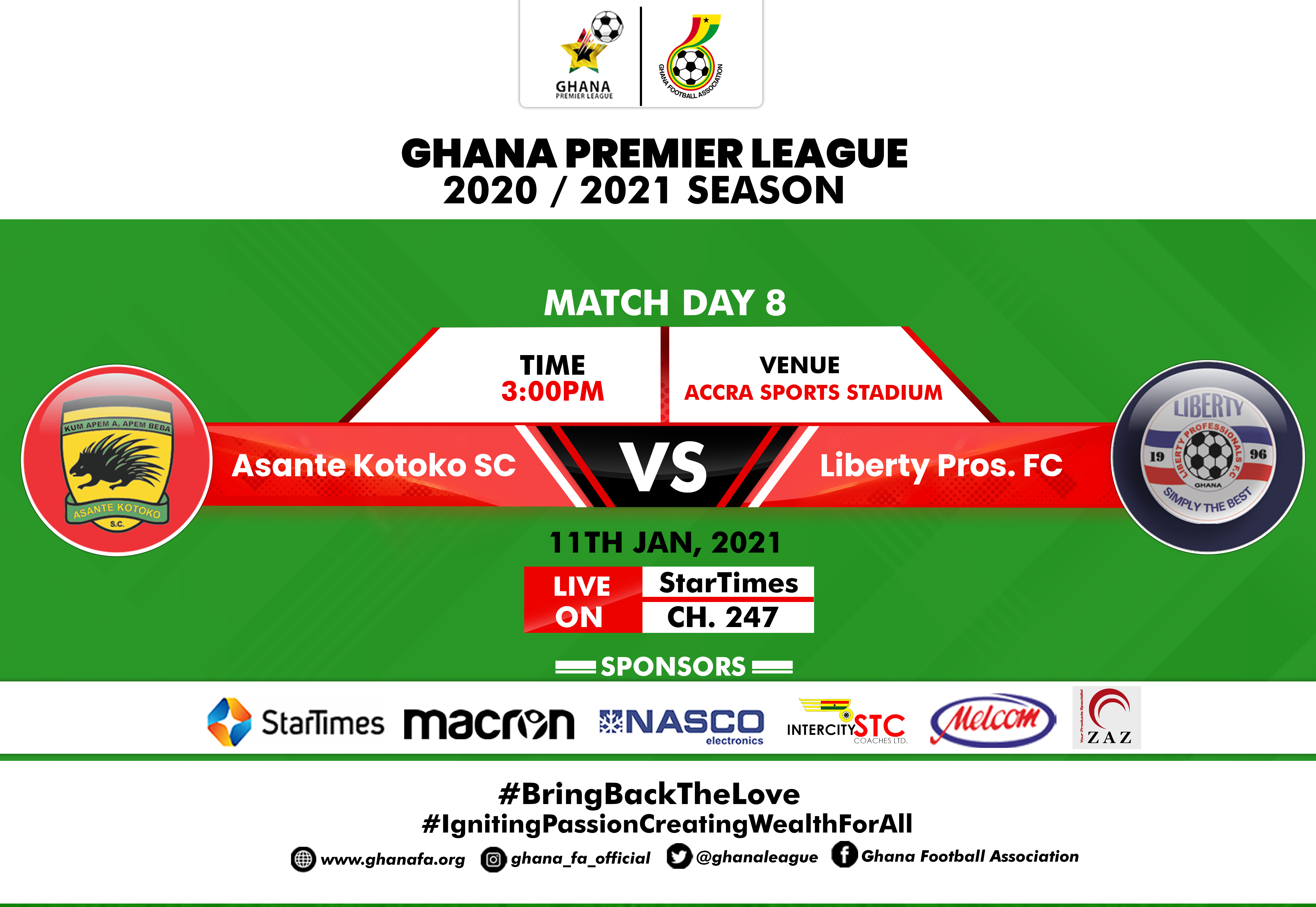