Coach C.K Akonnor has made four changes to the starting line up for the final Group C Africa  Cup of Nations qualifier against São Tomé and Principe.

The trio couldn’t make the trip to the rainbow nation due to traveling restrictions.

Also, Belgium based forward, Osman Bukari, who made a second half appearance on Thursday has been given a starting role.

In midfield, Thomas Partey will play with Mubarak Wakaso while Mohammed Kudus and Osman Bukari operate on the wings with Andre Ayew playing through the middle behind brother Jordan Ayew.

The Black Stars have qualified for a record ninth straight Africa Cup of Nations tournament. But aim to finish the qualifiers on a high on Sunday.

The game is scheduled for 4pm kick off at the Accra Sports Stadium. 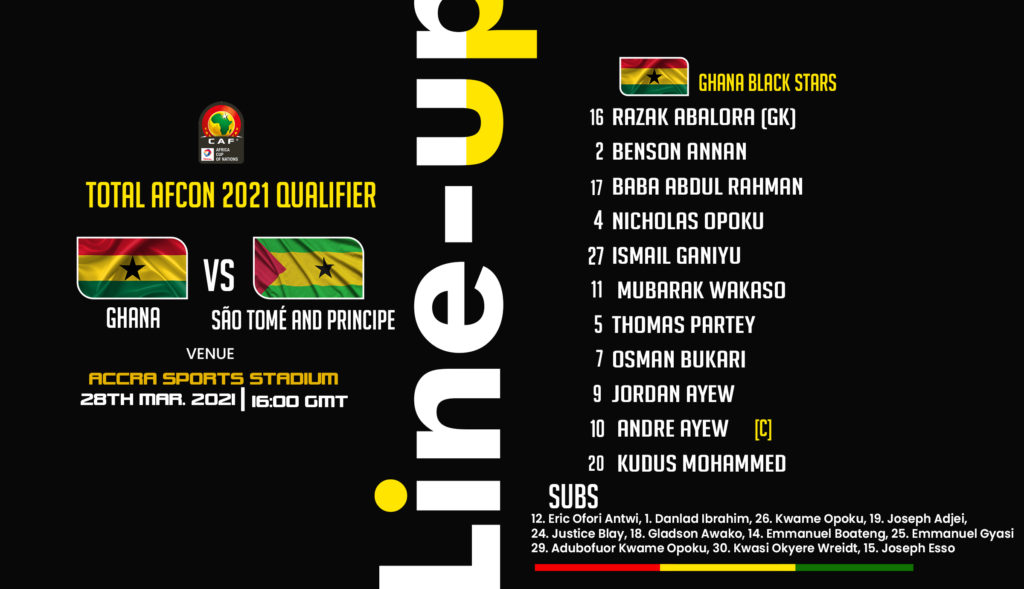