Ampem Darkoa Ladies have opened a nine point lead at the top of the Northern Zone League table.

The Techiman based side, finished the first round of the campaign without defeat and began the second round with a slender 1-0 win against Kumasi Sports Academy on match day 8 of the Women’s Premier League.

The win took their points tally to 22 to keep their top spot unscathed. They have scored 15 goals from 8 games, won 7 and drawn 1, with six goals scored against them.

Second placed In the Northern Zone table is Prisons Ladies with 13 points, nine adrift the top. Ruth Anima and Jocelyn Amoah scored to give them a 2-0 win in an away duel against Supreme Ladies to record their forth win of the campaign.

Here is how they stand in the Northern Zone. 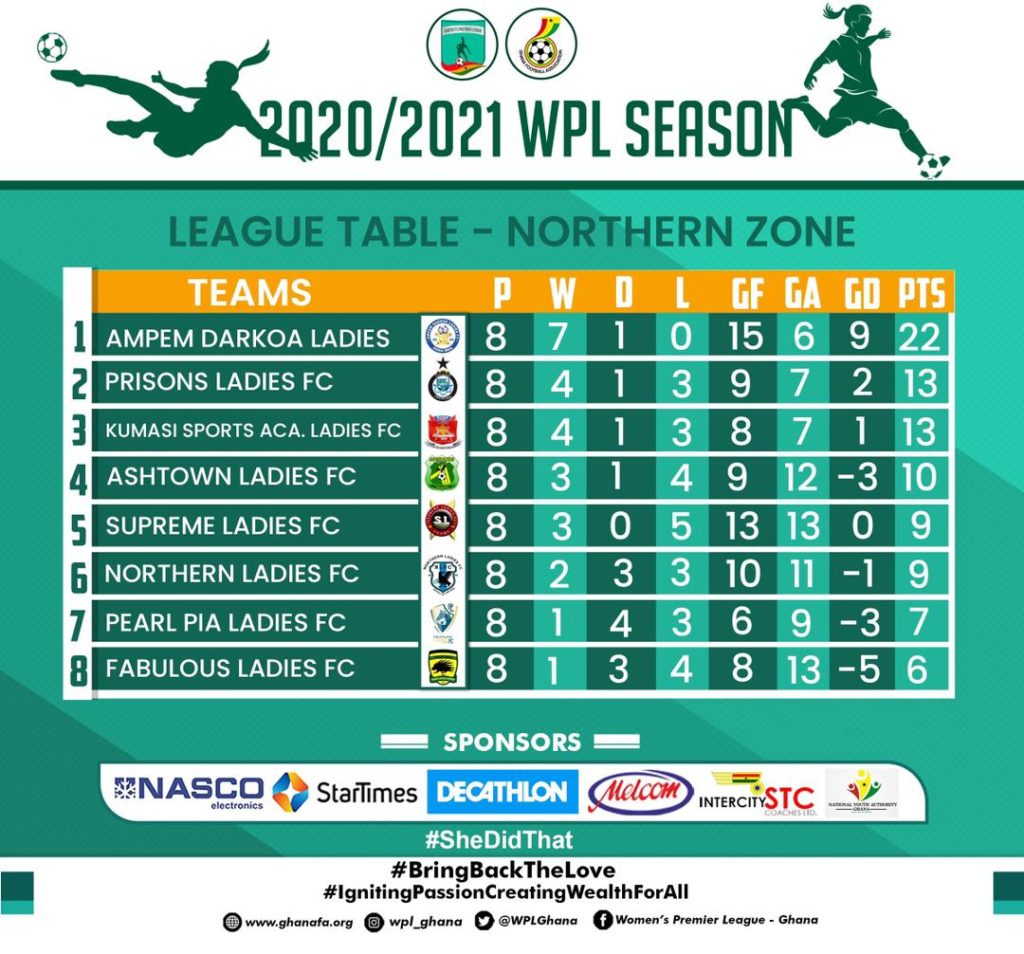