Nkoranza Warriors Warriors after drawing their first game against B.A United beat Unity FC by 6-1. A brace from Kwesi Ofosu and Jacob Okrah was enough for the home side - Nkoranza Warriors to grab all the points in week two.

Amankwah Prince Osei, Richard Yeboah, Kwasi Ofosu, Jacob Okrah got on the score sheet while Emmanuel Yeboah pulled one back for Unity FC. The result keeps Unity FC at the foot of the table following an opening day defeat whiles Unity FC have lost two consecutive games and conceded seven goals in the process.

Elsewhere - Young Apostles continue with their fine form against Berekum Arsenal after picking all points at home. Isaac Baffuor scored the only goal of the match to give his side the three points. Apostles have scored two goals in two games -n and have conceded none after two round of matches in the Access Bank Division One League.

In Nsoatre - Baffuor Soccer Academy were also big winners on the day as they beat Mighty Royals three – nil at home. Bismark Agyei opened the scoring in the first half before Emmanuel Adoma Boateng and Kwame Antwi Frimpong added their names to the score sheet to complete the rout. Baffuor Soccer Academy have now picked three points from the two matches after losing their first game to Bofoakwa Tano in Math Day one.

In the weekend’s biggest fixture - B.A United drew 0-0 against old foes Bofoakwa Tano in the Sunyani derby. The away side - Bofoakwa Tano missed from the spot kick in the second half to leave matters at nil-nil.

Find the full fixtures in the file below: 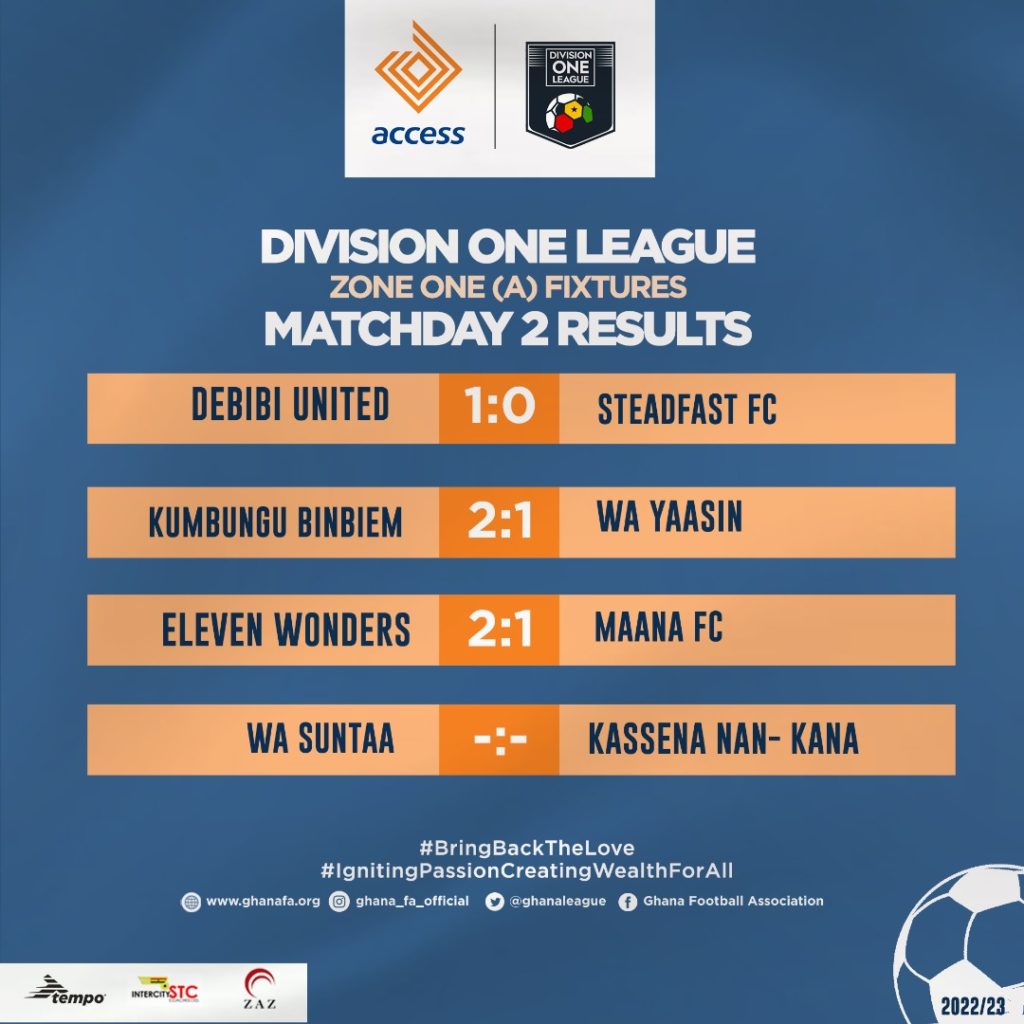 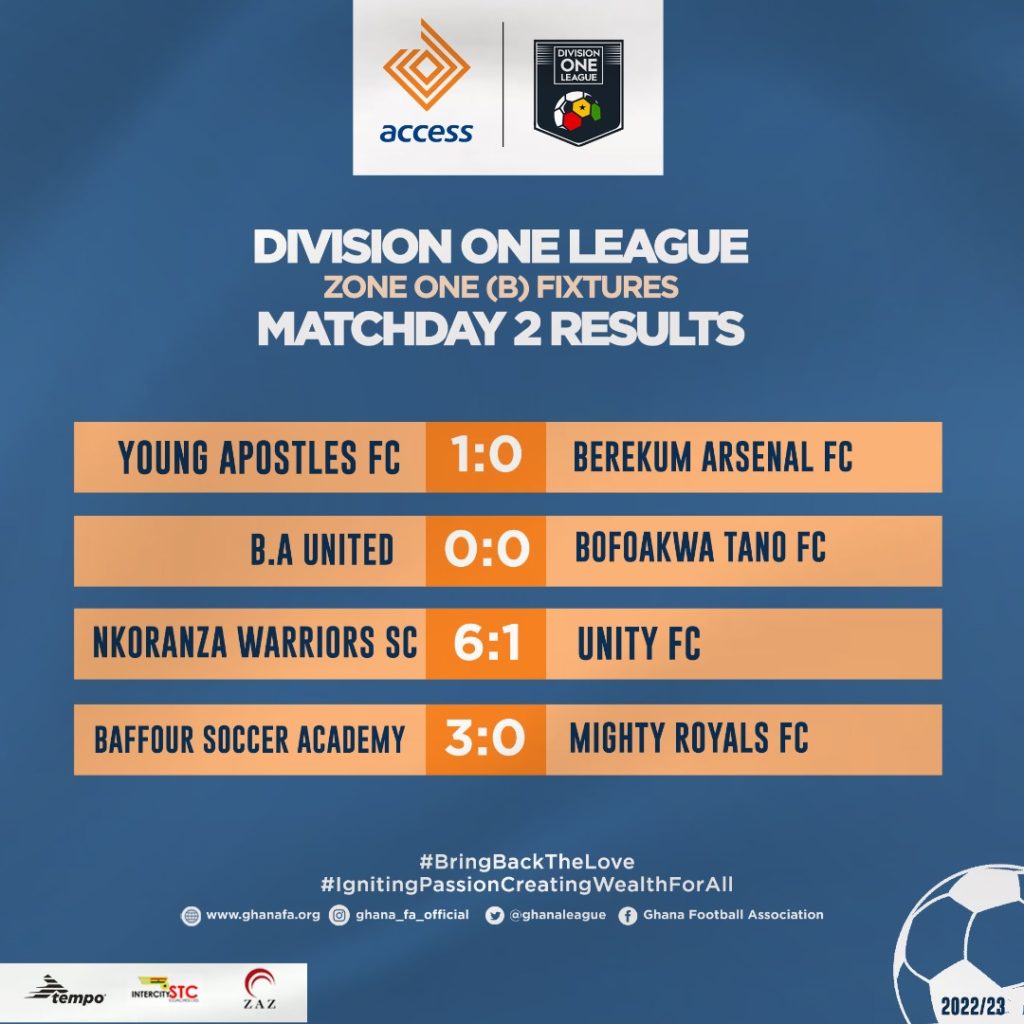