Mighty Royals pip leaders Bofoakwa Tano 1-0 to end their unbeaten run in the Access Bank Division One League. Bofoakwa Tano went into the game without a loss from six Matchdays and were looking forward to continue their winning form.

The goal was enough to get the home side the three maximum points ending Bofoakwa Tano’s unbeaten run in the Access Bank Division One League. Acheampong Millard of Mighty Royals was named the most valuable player of the game for putting up a good performance.

In another grueling encounter, Kassena Nankana failed to capitalize on their home advantage as they lost to Steadfast by a goal to nil. Jibril Nurudeen scored the first goal of the game inside 52 minutes for Steadfast to take all the points. Jibril Nurudeen was adjudged the most valuable player of the game for grabbing the goal and also playing well to help his side win all the three points. Kassena Nankana have now lost their last two games.

Meanwhile, Wa Suntaa shared the spoils at home against Debibi United in Zone One A. Both sides created some decent chances in the first half but failed to capitalize on them. Louis Sakyi of Wa Suntaa was named the most valuable player on the day. Wa Suntaa have now played two games without a win while Debibi United are yet to lose a match in their last two away games drawing 0-0 in each of them.

Here is the Zone one results for Matchday Six: 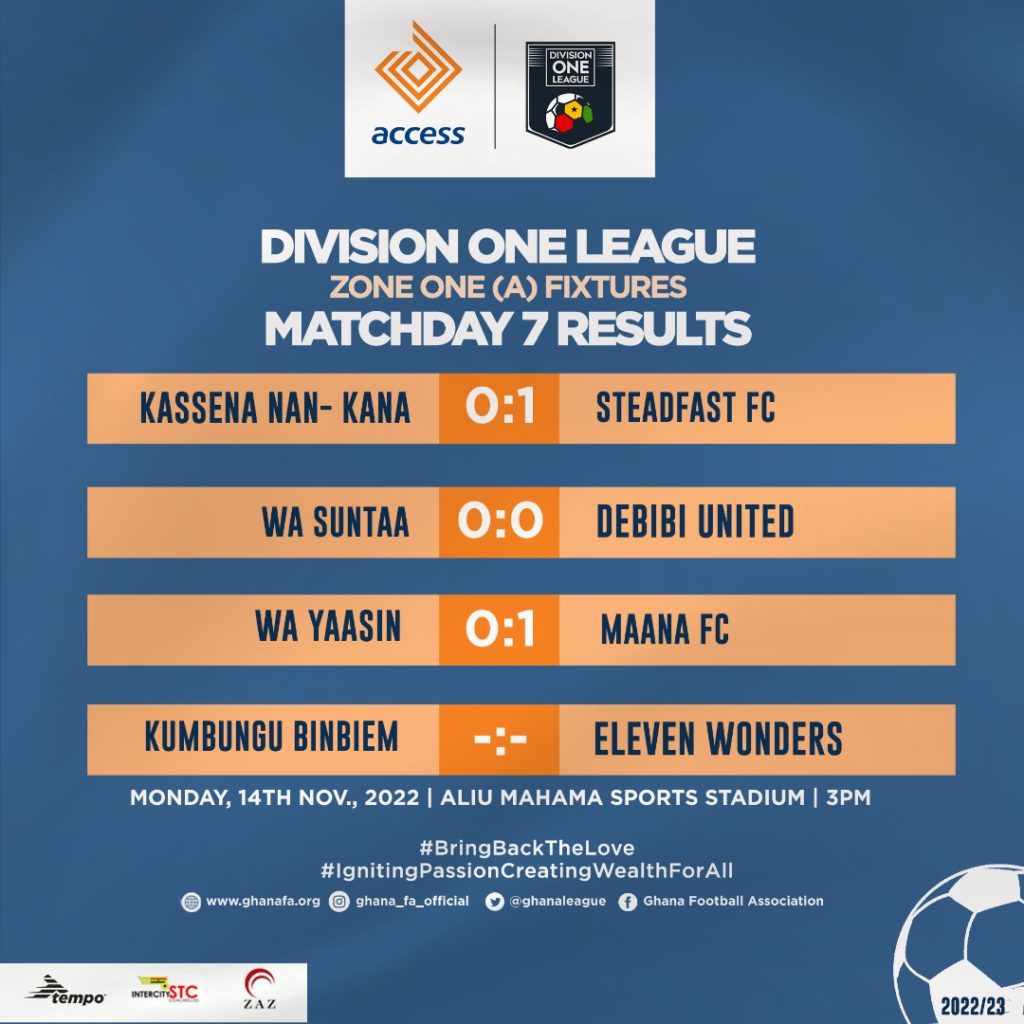 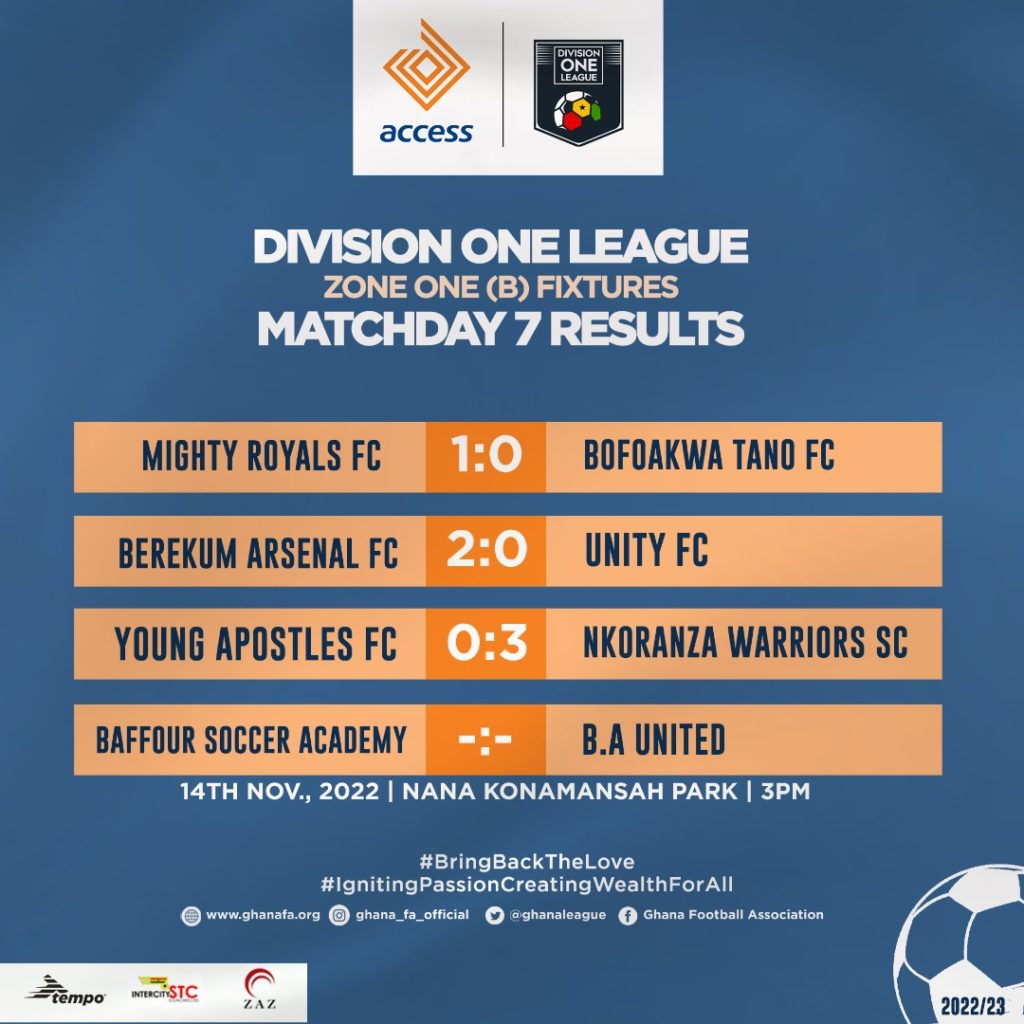