Liberty Professionals recovered from their dreadful start to the Access Bank Division One League as they picked all the points against Susubiribi United 1-0 in an away game. Kwadwo Boamah’s 20th minute goal was enough to grab the maximum points for the away side as they recorded only their second win of the season. The win will do them a lot of good going into the World Cup break.

Meanwhile Zone three leaders Heart of Lions stunned Akosombo Krystal Palace 1-0 to maintain top spot after Matchday 8. Heart of Lions top scorer Samuel Aryeetey Okine scored his fifth goal of the season in the fifth minute as he converted from the spot kick at the Kpando Park.

Akatsi All Stars beat Mighty Jets 1-0 at home in a very fierce encounter. Faisal Charwetey’s 50th minute goal was enough for the home side to pick all the three points. The first half didn’t produce any goal with the home side coming close on two occasions. Akatsi All Stars defender Kekeli Attor was named the most valuable player in the game. 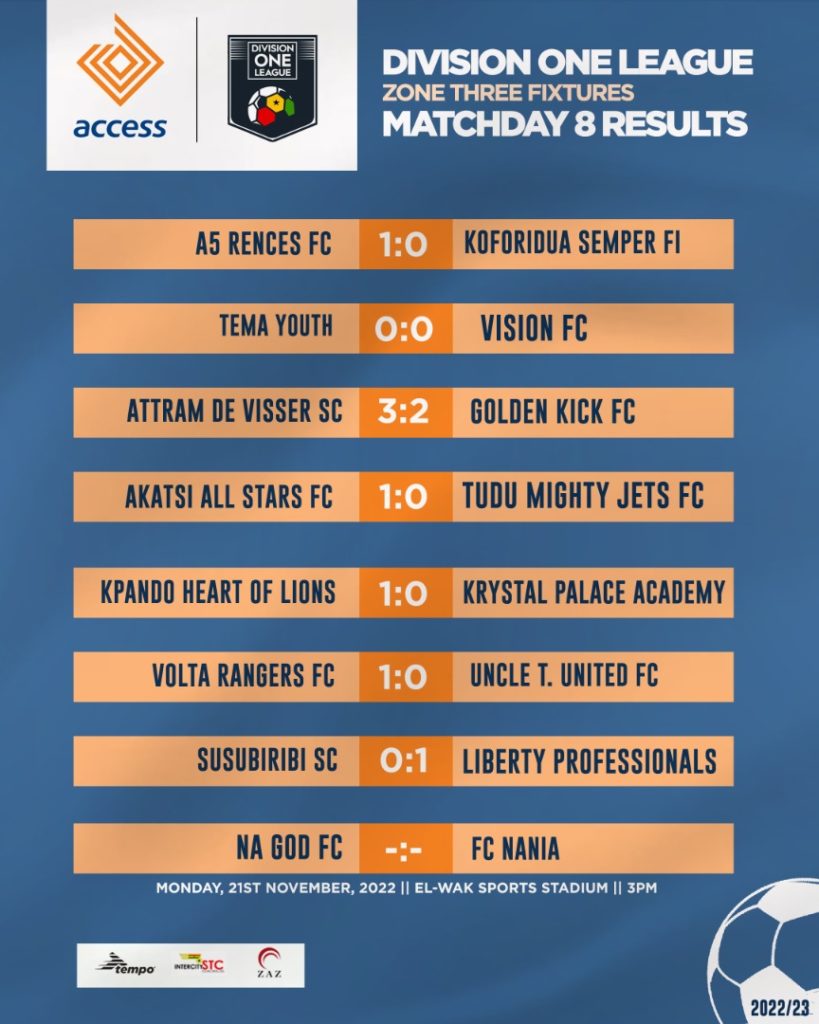