Daniel Moro, Emmanuel Egyir and Herbert Addo Frimponsg’s goals were enough to get the Kenpong Football Academy a convincing 3-0 win over Sefwi All Stars on Matchday seven of the Access Bank Division One League. The win serves as a major boost for Kenpong Academy after their 2-0 loss to Nations FC last weekend.

Moro grabbed the first goal in the 4th minute before Emmanuel Egyir doubled the lead on the 40th minute mark as Herbert Addo Frimpong cemented the victory with a goal in the 90th minute. Kenpong Academy’s Bossman Obour Debrah was named the most valuable player after the match.

Meanwhile former Premier League side Elmina Sharks beat Ebusua Dwarfs 2-0 to pick all points at home. Daniel Crentsil’s 31st minute strike earned the home side a great start to the game before Ishmael Antwi got the second goal in the 41st minute.

The second half did not produce any goal as the home side held on to win the day with the two goals scored in the first half. The most valuable player was given to Charles Obeng who had a good game.

Nations FC pick their second consecutive away win in the League against Future Stars. The away team took the lead in the 12th minute from Joseph Mensah but the goal was equalized by the home side on the 63rd minute mark by Samuel Kwarteng as he converted from the spot. Prince Badu got the winner for Nations FC in the inside 71 minutes as he latched on a great cross to smash – much to the applauds of the teaming fans at the Ejisu Okese Park. The win gives Nations FC a perfect run as they maintained their position at the top of the Zone Two table with 16 points.

Here are the zone two results: 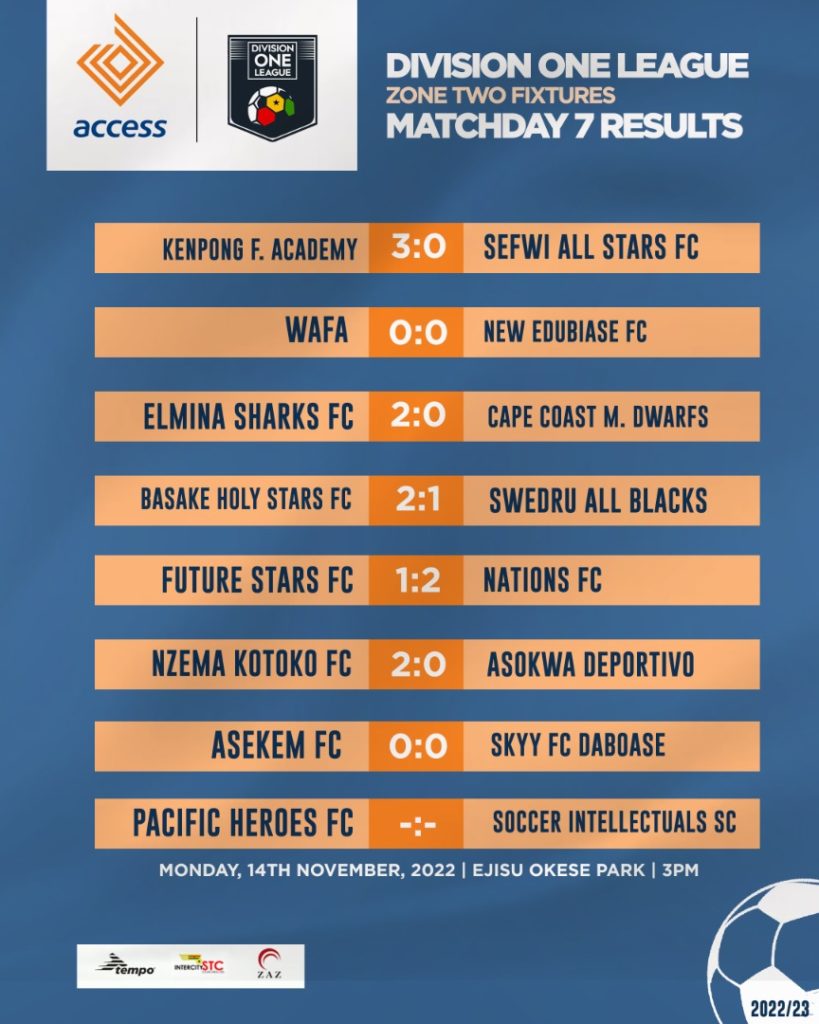