Hafiz Konkoni on Saturday, netted to give Bechem United a 1-0 win against WAFA at the Nana Gyeabuor park at Bechem. The lanky attacker, scored the only goal of the match in the 21st of the first half to ensure the Hunters made a winning start at home.

Berekum Chelsea will on Sunday play against Asante Kotoko in a Match Day two fixture at the Golden City park. The Blues snatched a point in their opening game against Legon Cities at the Accra Stadium having thrown away an early lead to settle 1-1 against the Royals. Asante Kotoko endured a nightmarish encounter against Eleven Wonders on Sunday, settling 1-1 against the Techiman based side.

Berekum Chelsea will hope to make a winning start at home, setting up a tough encounter at the dreaded Golden City Park. While Kotoko fight to avoid a record fourth loss in eleven games.

There is a battle fit for gods at the theatre of Dreams at Dawu, where Dreams FC will take on Medeama SC on Sunday. The mauves and yellows have a strong record at Dawu losing once in three outings. In the 2019/2021 season, Ibrahim Issah’s 14th minute strike gave Dreams FC a 1-0 win against Medeama in a game that was virtually dominated and controlled by the Tarkwa based side. 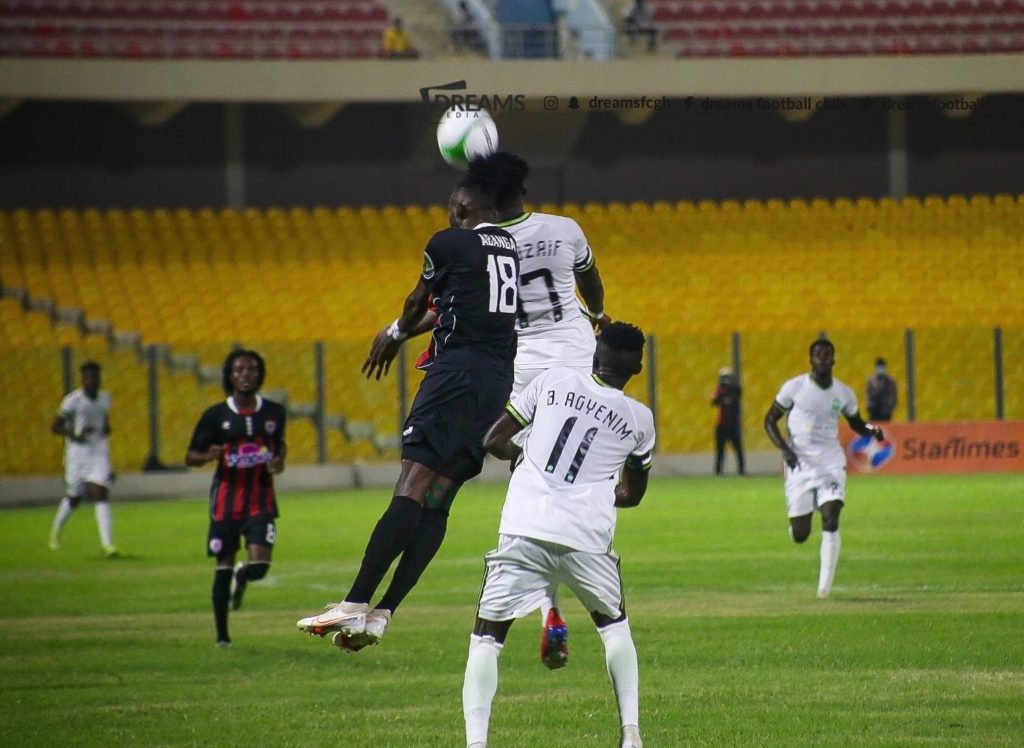 Both teams have gone through transition bringing in new players to augment their squad. Dreams FC have in their fold Agyemin Boateng, Joseph Esso, Michael Abgekpornu, Solomon Twene and Ali Huzaif. The Still Believe lads had a very busy window recruiting some of the country’s top talents into their set up. They played a 0-0 drawn game against Inter Allies in their season opener.

For Medeama losing Prince Opoku Agyemang, Nana Kwasi Babil and Benjamin Bature come as a blow to the club but they have recruited the likes of Abass Mohammed, Kwadwo Asamoah and Patrick Yeboah and that has come in handy.

With the return of the indefatigable Justice Blay, Coach Samuel Boadu is in search of his first win of the season following a disappointing 1-1 draw at home against Accra Great Olympics in a Match Day One fixture. For Winfred Dormon, this game presents a huge opportunity to announce his presence in the League against a top-quality opposition.

King Faisal lost 4-3 in their League opener at the Red Bull arena in Sogakope against one of the exciting teams in the League, WAFA.  One of the players who starred for them on the day, was youngster Kwame Pepprah.

They will rely heavily on the striker who impressed in his debut Premier League game against WAFA with two goals and one assist. Faisal do not have a good record against Aduana Stars especially away from home and playing in Techiman could tilt things in favour of the former League Champions.

Aduana are yet to play in the 2020/21 season as their first game against Hearts of Oak got cancelled as a result of Corona Virus pandemic.

They will fancy their chances against a side that is playing away from home. Aduana stars received a boost in the lead up to the game following the return of striker Yahaya Mohammed.

The experienced forward, has fully recovered from a troublesome knee injury and looks set to make his first season appearance.

The two teams drew in their respective games on Match Day One.  Liberty were held at home by Bechem United, whiles Sharks salvaged a point against Dwarfs in an away fixture at Cape Coast.

Yaw Acheampong’s Elmina Sharks have an impressive home record and look poised for their first win of the season. Benjamin Tweneboah, Benjamin Bernard Mensah and Emmanuel Addington are players who can punish opponents on any day.

Liberty professionals lost a couple of players but they still have a core of the team that played in last season’s competition. Abraham Wayo, Ben Nash Quansah, George Amoako, George Ansong and Emmanuel Paga have the pedigree to fight for the points at the Nduom stadium on Sunday.

Diawusie Taylor made the headlines on Match Day one with his smashing opener at the Len Clay stadium. He also made an assist in their 2-2 draw against Ashanti Gold SC in Obuasi.

Karela United will count on his experience on Sunday, when they take on Inter Allies at the Crosby Awuah Memorial park in Anyinasie. Allies drew 0-0 at home against Dreams FC in their League opener.

Last season, they threw away an early lead to lose 2-1 at that venue with former striker Victorien Adebayor scoring for them.