Ebenezer Adukwaw scored a last gasp goal to give Skyy FC a hard-earned win against Star Madrid on match day eleven of the national Division One League on Saturday.

The skilful midfielder fetched the match winner in the 90th minute to give the zonal leaders a 3-2 win on the road and to affirm their position at the top of the Zone League table.

Skyy FC now lead with 25 points, one point richer than Bibiani Gold Stars who sit in second place with 24 points. Richard Kumi opened the scoring for the home team in the 10th minute as he pounced on a melee to beat the Skyy FC goalkeeper.

Baba Hamadu registered his name on the scorer’s sheet with the equalizer in the 27th minute to bring Skyy FC level. The two teams headed back into the locker room with a 1-1 score line.

Star Madrid for the second time took the lead again in the 54th minute through Richard Kumi but Francis Oteng this time wasted no time as he scored a beautiful goal in the 70th minute to bring his team level.

Star Madrid kept fighting for another goal but luck eluded them as the stars fell on Ebenezer Adukwaw to prod home the winning goal in added time for the visitors.

In other games, Bibiani Gold Stars kept the pressure on Skyy FC after they beat All Blacks 2-0 in Swedru. Prince Kwabena Owusu scored a brace for Gold Stars to give them all the spoils in this away encounter. Sekondi Hasaacas drew blank at home against Bekwai Youth Football Academy.

Zone Two results at a glance: 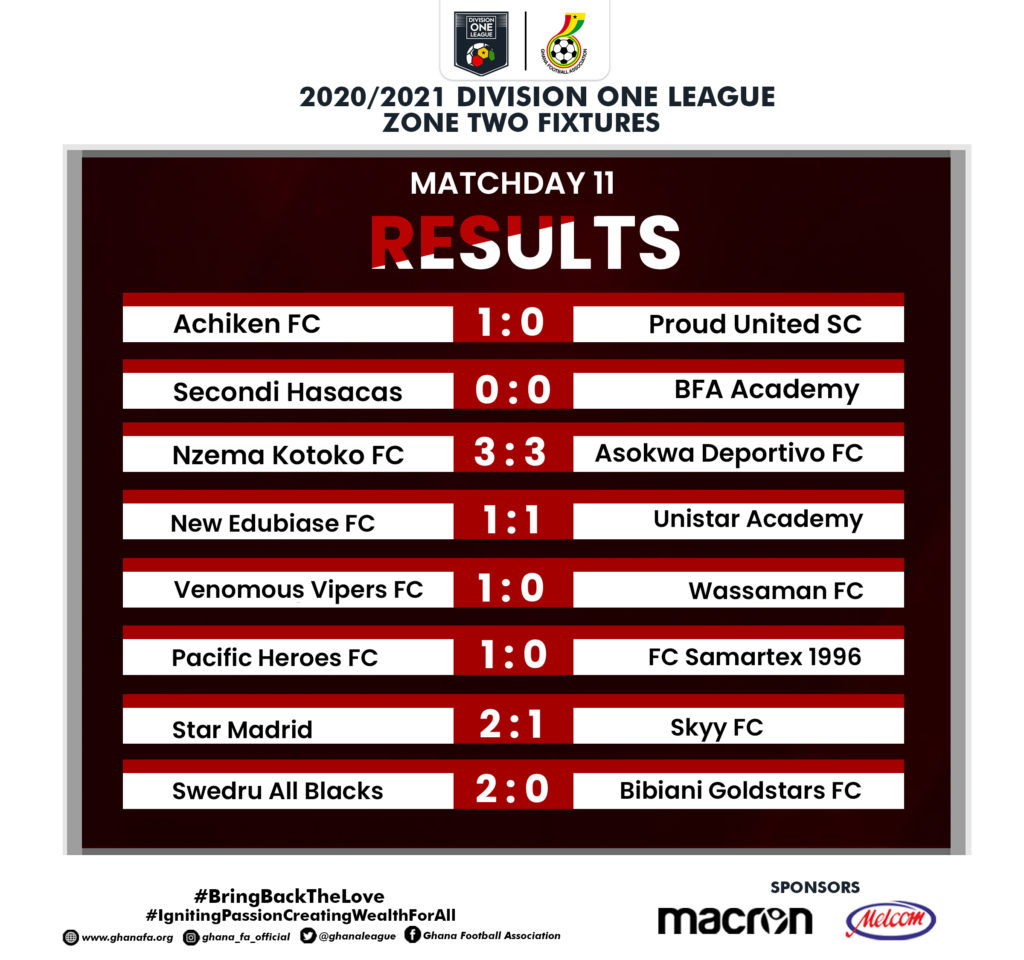