Skyy FC Daboase scored in either half to beat Nzema Kotoko 2-1 on match day Nine Zone Two National Division One game at Azuleolanu park on Wednesday.

The win takes the Daboase based side to the top of the Zone Two table with 19 points following the inability of Samartex and Hasaacas to win on match day nine.

Samartex 1996 led the table with 16 points going into the mid-week action but the Sameraboi lads were pipped 1-0 by All Blacks at Swedru. While Sekondi Hasaacas drew blank with Wassaman United at the Gyandu park.

Baba Mamadu opened the scoring for Skyy FC in the 28th minute before Ebenezer Mamatah added the second goal in the 79th minute to seal victory. The home side scored a consolation through Akesse Akesse.

In other matches, Stephen Manu scored a brace to give New Edubiase United a 2-0 win against Bekwai Youth Football Academy.

Here is what happened on match day Nine: 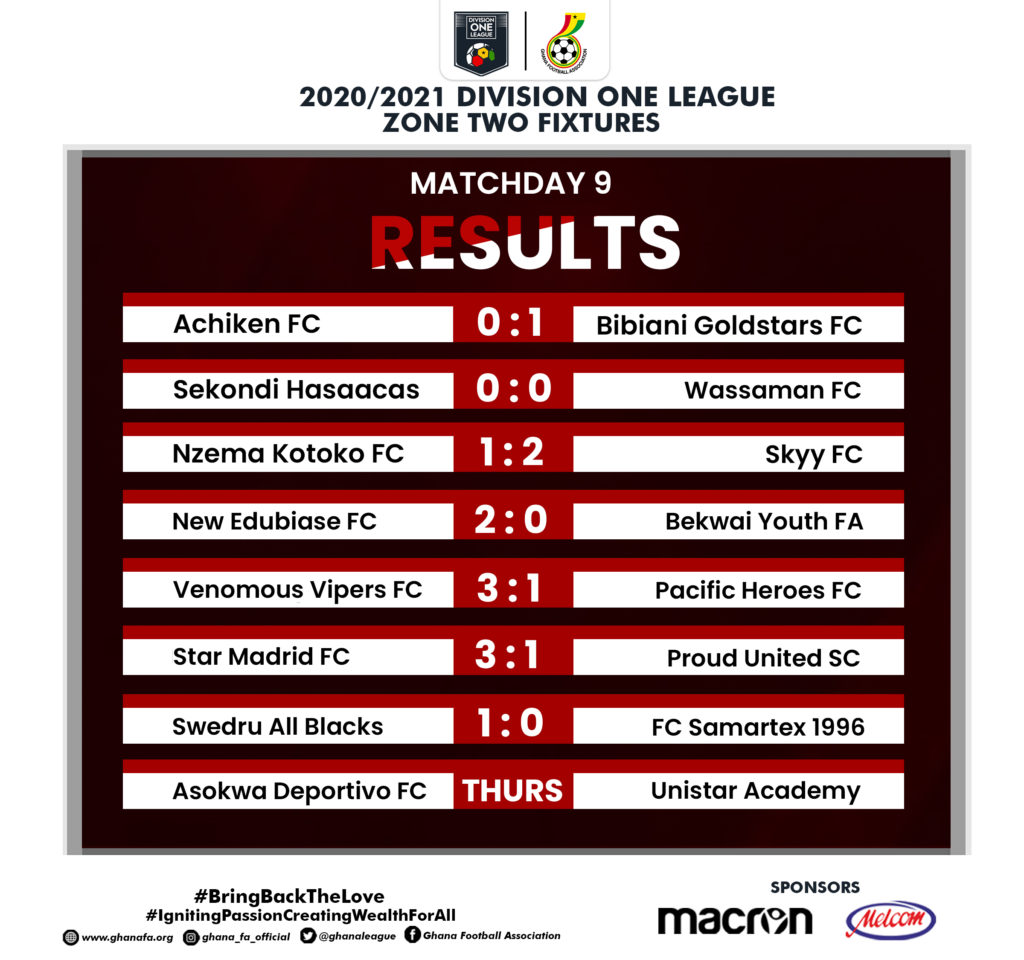