Samartex 1996 for the first time this season moved to the top of the Zone two table after they beat Sekondi Hasaacas 1-0 at Sameraboi on Sunday.

he new leaders will seek to consolidate their position at the top of the table when they take on All Blacks at the Swedru on Wednesday. Their host sit in the 12th position with 7 points, a boost for the visitors walking into this game.

Benjamin York who scored the winner for Samartex against Hasaacas, will fight to give his side another win on the road to keep hold of their lead.

They have yet to lose a game in the Zone after picking 4 wins and 4 draws in 8 matches.

New Edubiase United up against Bekwai Youth Academy. Only oner points separate the two teams as Edubiase sit in 5th with 13 points while Bekwai Youth occupy the 6th spot with 12 points.

These are the fixtures for match day eight. 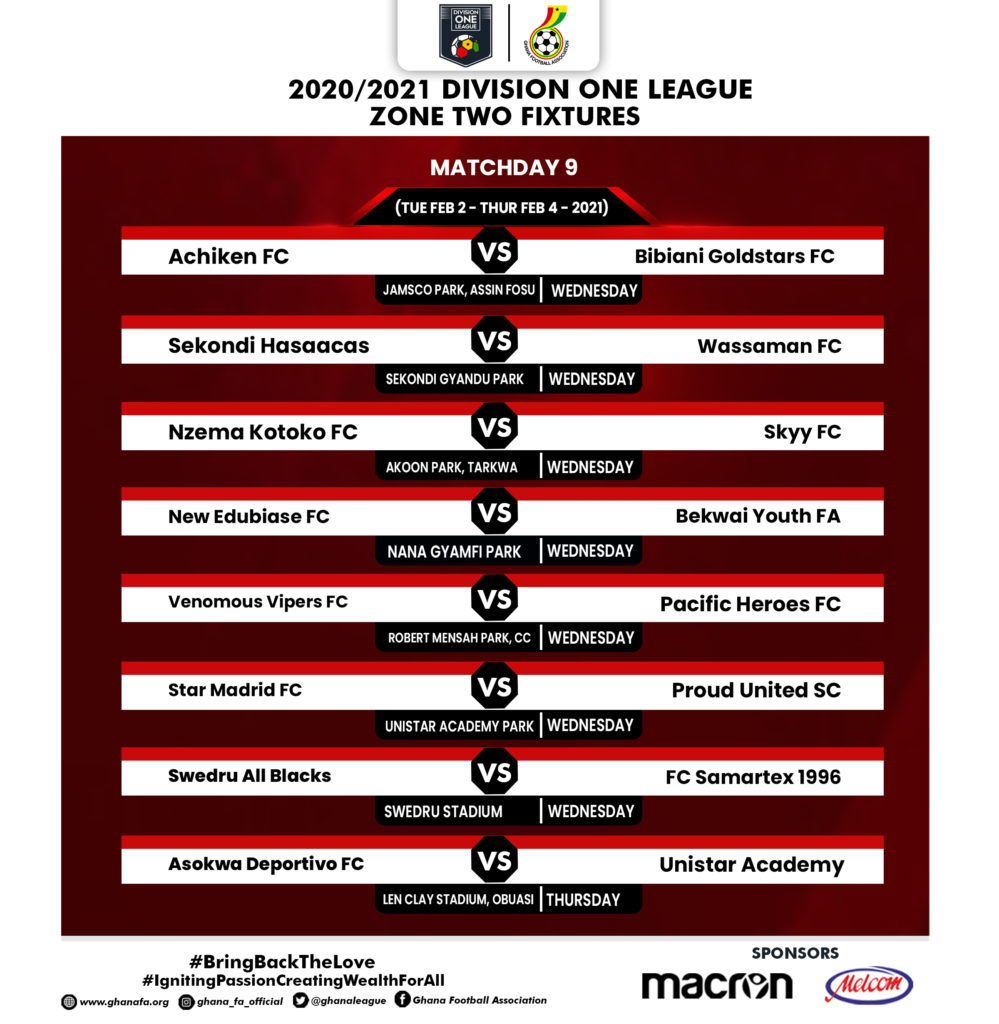