Zone three leaders Accra Lions maintained their position at the top of the table after a 2-0 win against Krystal Palace on match day 10 of the National Division One League to end their three-game winless run.

This result brings them back to winning ways after a string of three draws on the spin. Accra Lions drew with Mighty Jets, Tema Youth and Heart of Lions after opening the season with a six-game winning run.

Krystal Palace looked hungrier in the opening stages of the game but failed to take their chances as the first half ended goalless.

The visitors improved in the second half and took a deserved lead in the 59th minute through Rauf Salifu. Kelvin Kyei and Alex Agyekum were later replaced inside 72 minutes by Rashid Abubakar and Fatawu Hamidu and the substitutes made an instant impact on the game.

With the game heading to the end, Joseph Addo Tetteh headed home from a corner kick to double the lead for Accra Lions to keep their unbeaten run intact.

Meanwhile, title chasers Tema Youth put up a stellar display on Wednesday afternoon to beat rivals Amidaus Professionals 2-1 at the Tema park to keep them in second place with 24 points.

Stephen Appiah got the opener for Tema Youth in the 37th minute but Adiwo Ernest cancelled the lead before the break.

Tema Youth went ahead again in the 76th minute through Daniel Asare to get the edge over their city rivals. The Harbour are still unbeaten after 10 games in the season. 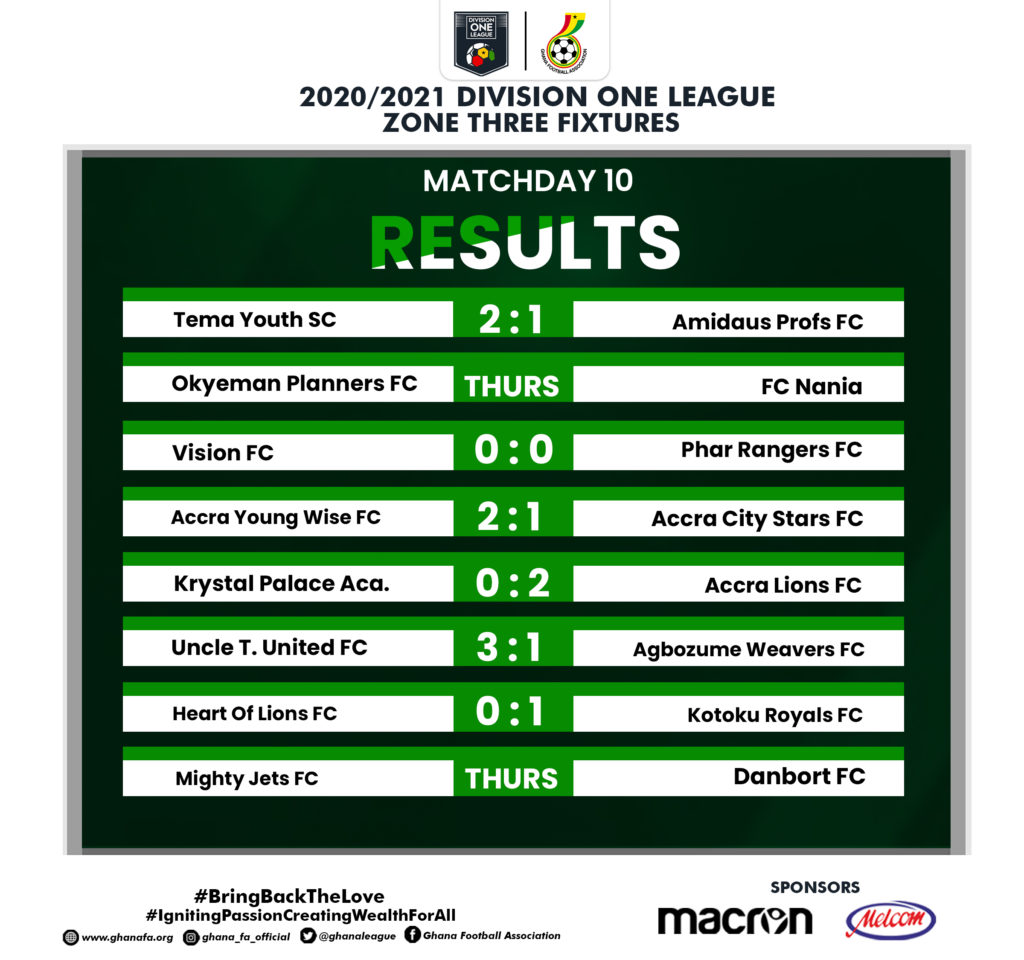