Tamale City Football Club were big winners on Wednesday as they beat Tano Bofoakwa 2-1 to move to the top of the Zone one league table on match day 10 of the National Division One League.

Bofoakwa, went into the game as league leaders and needed to record a win to protect their lead. But City put up a great fight to win the tie at the Aliu Mahama stadium in Tamale. Sam Otis scored in the second half to increase his season tally to six.

Prince Amakwaa opened the scoring for Tamale City in the first half before Francis Mawuu scored a consolation for Tano Bofoakwa.

Here are the other zone one results: 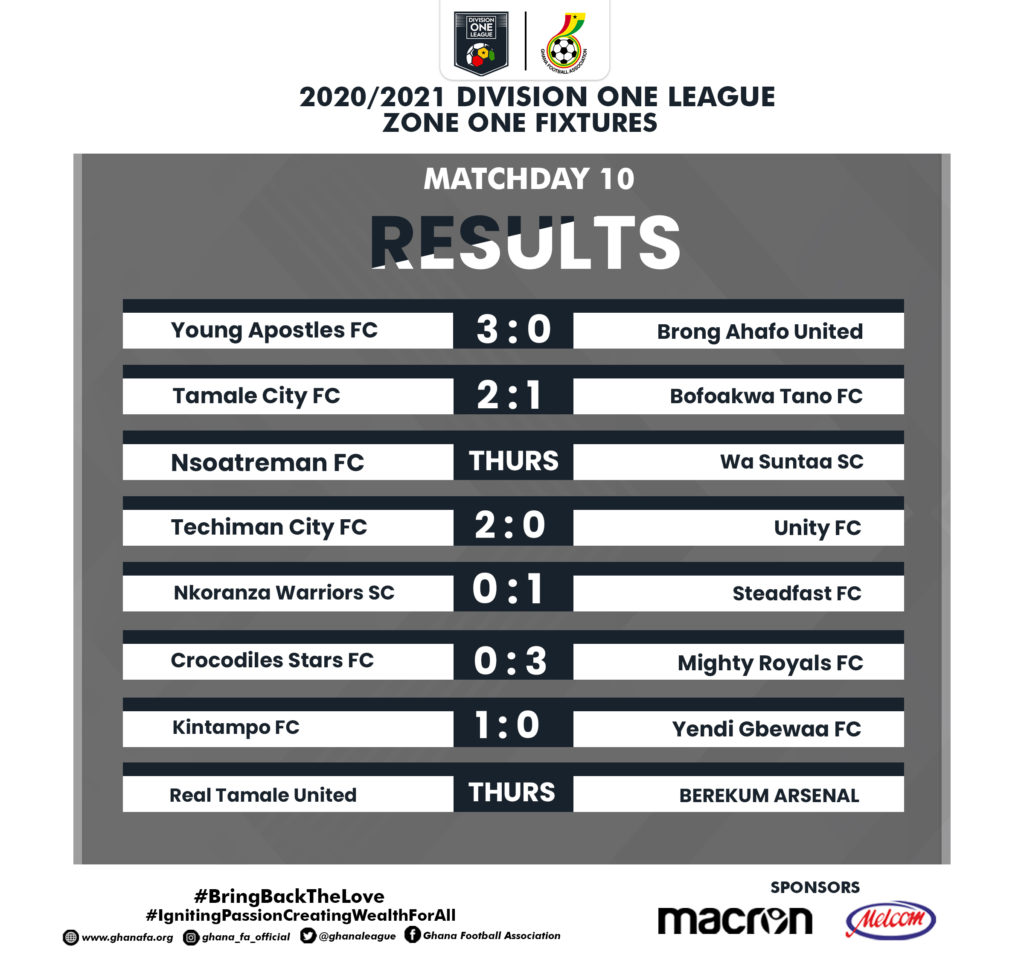