Women’s Premier Super Cup: Dreamz and Faith Ladies to square off in tie breaker for a semi-final slot

Two heavy weights in the ongoing Women's Premier Super Cup games in Tamale, Dreamz and Faith Ladies will square off again on Tuesday September 20 in a tie breaker to determine who joins Ampem Darkoa Ladies in the Semi-finals.

Both teams came out of Group B level on points, head to head, goals for and goals against.

The Ghana Football Association after applying all the competition rules have thus called for a tie breaker to determine who joins Group leaders, Ampem Darkoa Ladies in the Semi-finals.

The game is scheduled to take place at the Aliu Mahama Sports Stadium tomorrow Tuesday September 20 at 3:00pm. 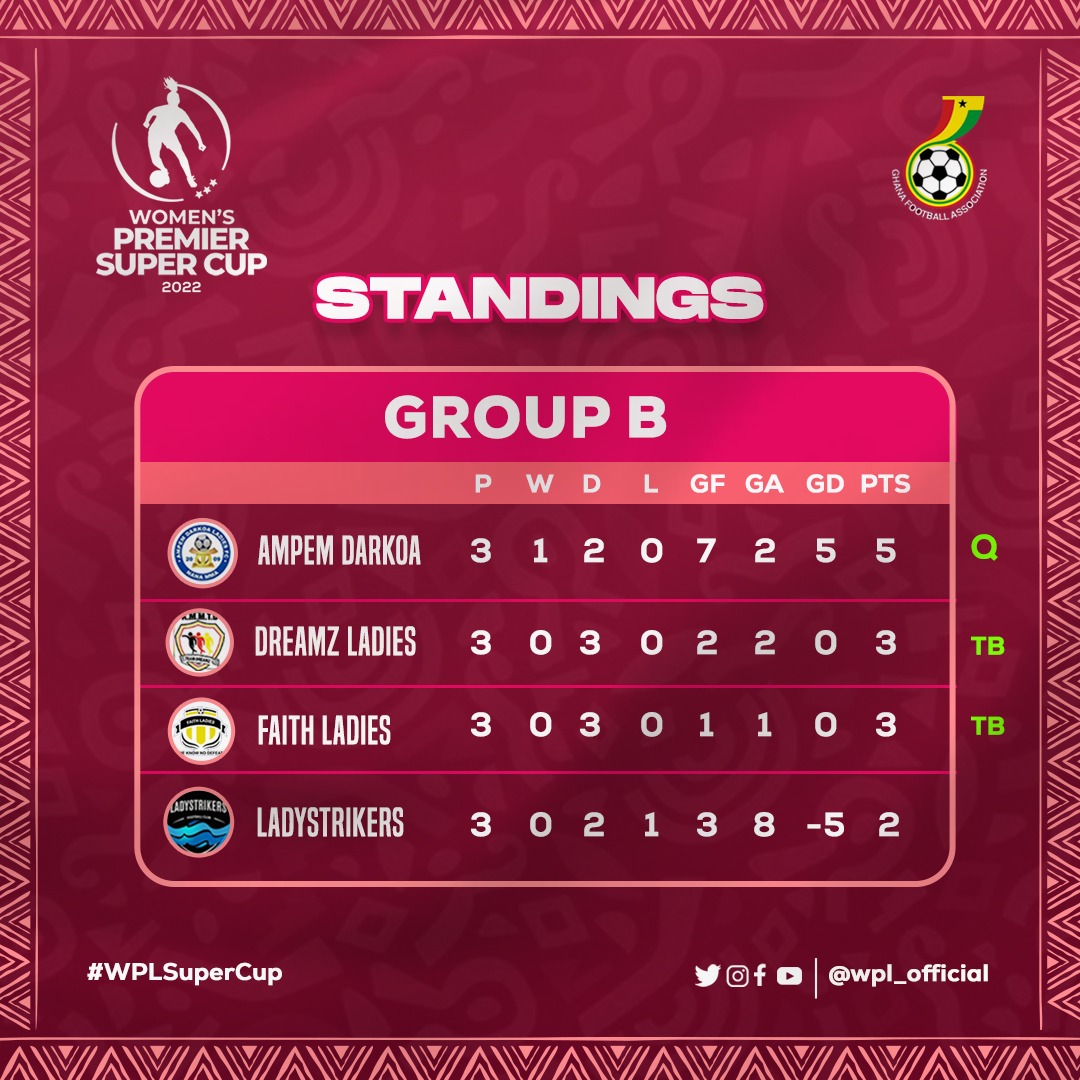