The Women’s Division One Zonal Championship playoff is scheduled to kick off from Friday July 8 – Sunday, July 17, 2022.

The qualified teams have been zoned into Northern and Southern sectors with at least one representative from each Region.

Greater Accra Region and the Northern Region will however be represented by two clubs each.

The Northern Sector playoffs will be played at the Ohene Ameyaw Park in Techiman while the Aiyinase CAM Park hosts the southern sector.

The top two teams from both sectors will gain promotion to next season’s Women’s Premier League.

Please find attached the qualified teams for the Northern and Southern Zone. 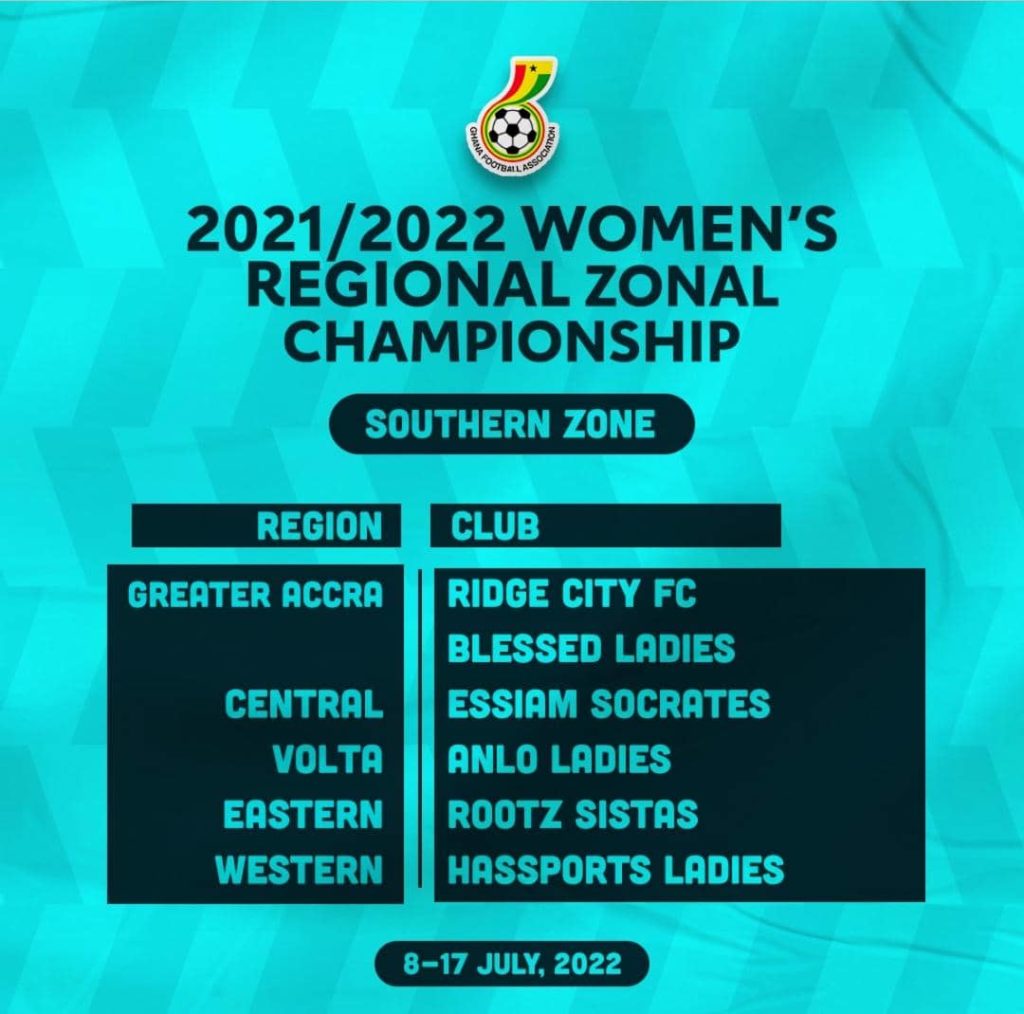