Giants of the West, Sekondi Hasaacas will on Sunday welcome New Edubiase United to the Sekondi Gyandu park as they battle for supremacy in the National Division One League.

The two former Premier League sides are in hot pursuit of top flight football after dropping into the second tier seasons ago.

Sekondi Hasaacas, champions of the Ghana Premier League in 1977 suffered relegation in the 2015-16 campaign. Defender Abeiku Ainooson will line up against his former club on Sunday. The former Asante Kotoko player who joined the club last season leads a group of experienced players who have staged an audacious return to the club.

Hasaacas began the season with a scoreless draw (0-0) against Star Madrid on match day and will fancy their chances against a New Edubiase side that beat Achiken FC 1-0 in their first game of the season.

The other fixtures are as follows: 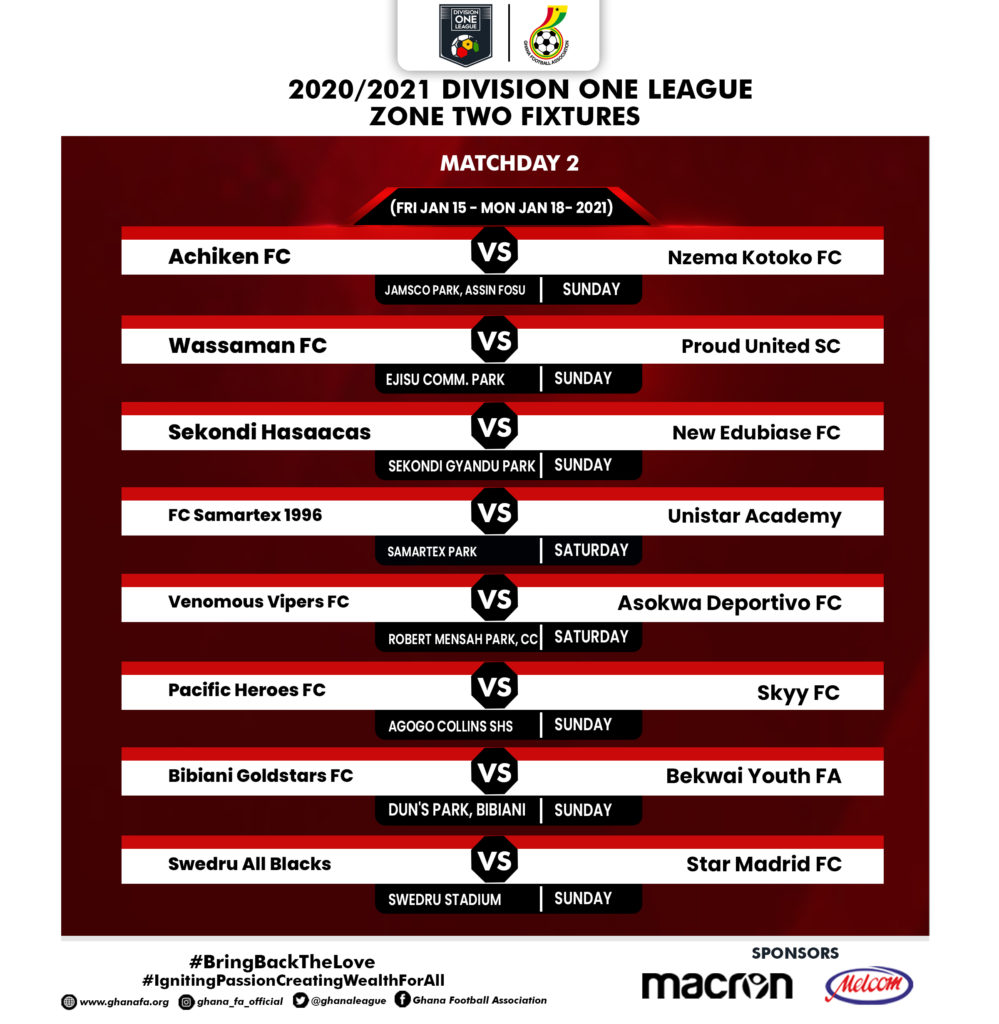