Samartex 1996 continued their bright start to the season as they beat Ebusua Dwarfs 1-0 on Match Day four of the Division One League at the Nduom stadium in Elmina.

Prince Antwi scored the only goal of the match in the 40th minute after latching on a decent ball on the edge of the box - the attacker dribbled pass two players before smashing home to give Samartex the lead – 5 minute to the break.

The result gives Samartex their 4th win on the spin and a three point lead at the top of the Zone two table as they lead with 12 points – three points ahead of second placed Nzema Kotoko who are on 9 points. Samartex have also scored 6 goals and conceded none in the process.

Asokwa Deportivo showed their might against Sekondi Hasaacas - one of the best teams in the Zone as they beat them 2-0 as the Ejisu Park to record their second win of the season. Mahmud Issah and Kelvin Appiah scored for Deportivo in either half to hand Hasaacas their first loss of the season.

New Edubiase United returned to winning ways following a 1-0 win against Future Stars at the Nana Gyamfi Park at Bekwai. Alhassan Abdul Mumin scored the only goal of the match. 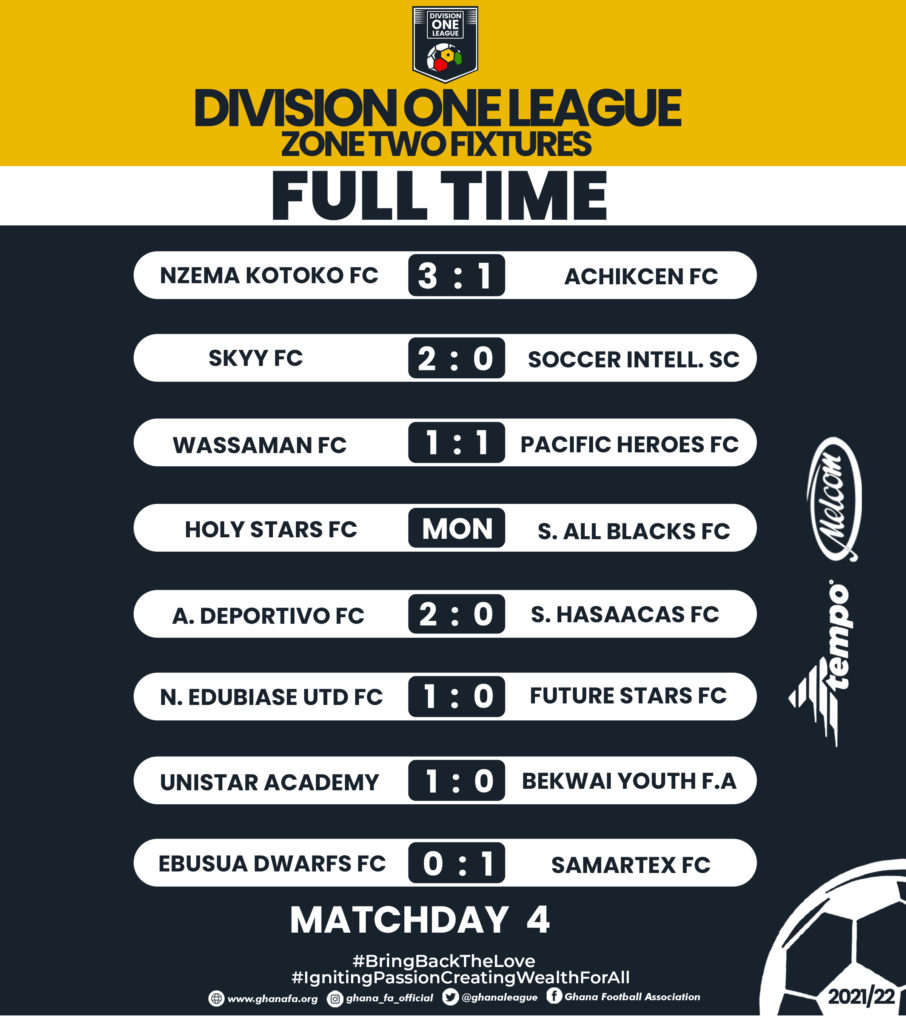