The result leaves both teams with three points apiece ahead of the last match between Ebusua Dwarfs and Tamale City on Monday.

A win for Dwarfs on Monday will bring them level on points with the two other teams.

The head-to-head rule will apply after the last match on Monday.

Here’s the league table after the second game: 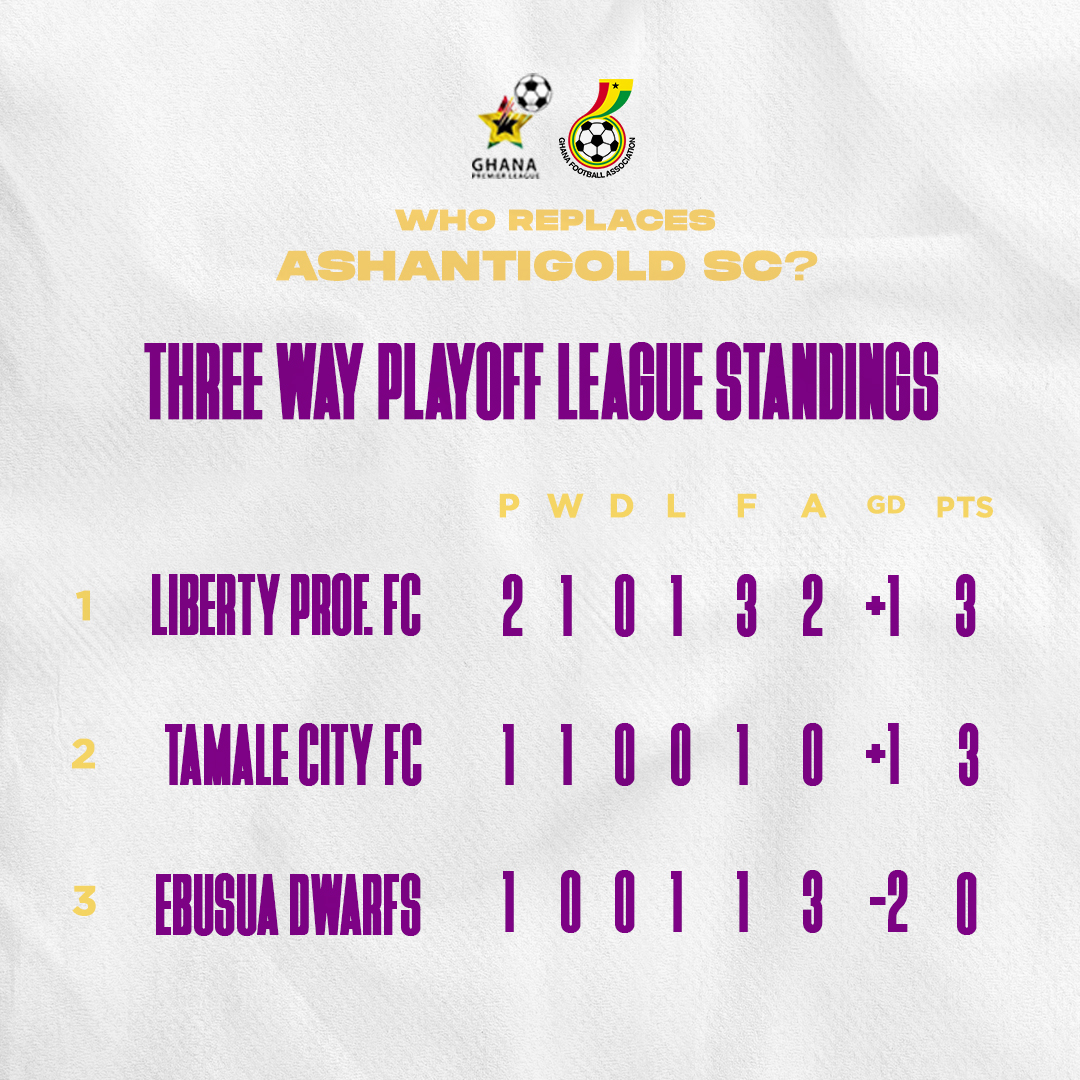