Black Queens coach, Mercy Tagoe-Quarcoo has stated that the just-ended 2020 Turkish Women’s Cup tournament has been of great benefit to the team.

Ghana emerged runners-up after recovering from a first day 3-0 defeat to Chile to soundly beating Northern Ireland and Kenya 4-0 and 3-1 respectively during the March 2-10 invitational tournament.

Speaking to the GFA Communications team, the coach was excited that the tournament also gave her players the opportunity to avenge their last defeat to Kenya.

“This tournament meant so much to the team because looking at the situation in which we find ourselves, Black Queens played qualifiers somewhere last year and unfortunately Kenya of all countries eliminated us during the second leg in Nairobi,” the former Ghana star stated.

‘Because of this elimination, there was no football activity for the national team. But fortunately, the Queens got this opportunity and I had to put a team together to prepare towards WAFU and the AFCON qualifiers.”

She further expressed that this tournament is a morale booster and hope for more of such to help enhance the performance of the team. 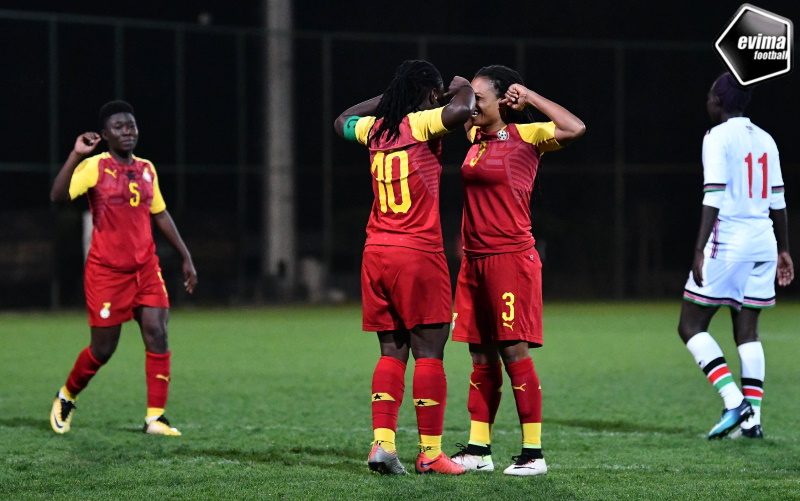 Team Captain Elizabeth Addo also suggested that they would need more of such opportunities to develop:

“I think this tournament is so important for us because it makes us know the level of football we are playing and also know the difference between us and other foreign teams.

“This tournament, first of all, has helped us and we hope it will continue to elevate the team.”

“The tournament was very important and we will be glad to have subsequent ones like this. This will help us because playing leagues at home keeps us fit and it’s good for us but playing outside tournaments is very different. So these types of tournaments and friendly games help to grow and make the team stronger for future championships.”

The Black Queens have since returned home after a successful tournament.