After a exciting round of 64, the remaining twelve Ghana Premier League sides will square off with twenty opponents from the lower tier leagues in the Round of 32 of the 2020/21 MTN FA Cup competition.

The last round of the competition saw some shocking results including Division 2 side Kato Freedom Fighters lone goal victory over top flight side and former FA Cup finalists Bechem United.

Ebusua Dwarfs were also a stunned by second tier side Skyy FC who qualified to the next stage with a 2-0 victory in their match played in Daboasi on Wednesday.

At the Tema Stadium, Division One Zone three leaders Tema Youth thumped Premier League side Inter Allies 5-1 while Dreams FC also failed to advance to the next stage after losing 2-4 on penalties to Phar Rangers.

The qualified teams have been zoned into three groups ahead of the Round of 32 draw which will be held on Thursday, June 10, at the MTN Headquarters.

The zoning was done taking into consideration the locations of the teams in order to avoid long- distance trips for matches.

Below are the qualified teams and their respective zones: 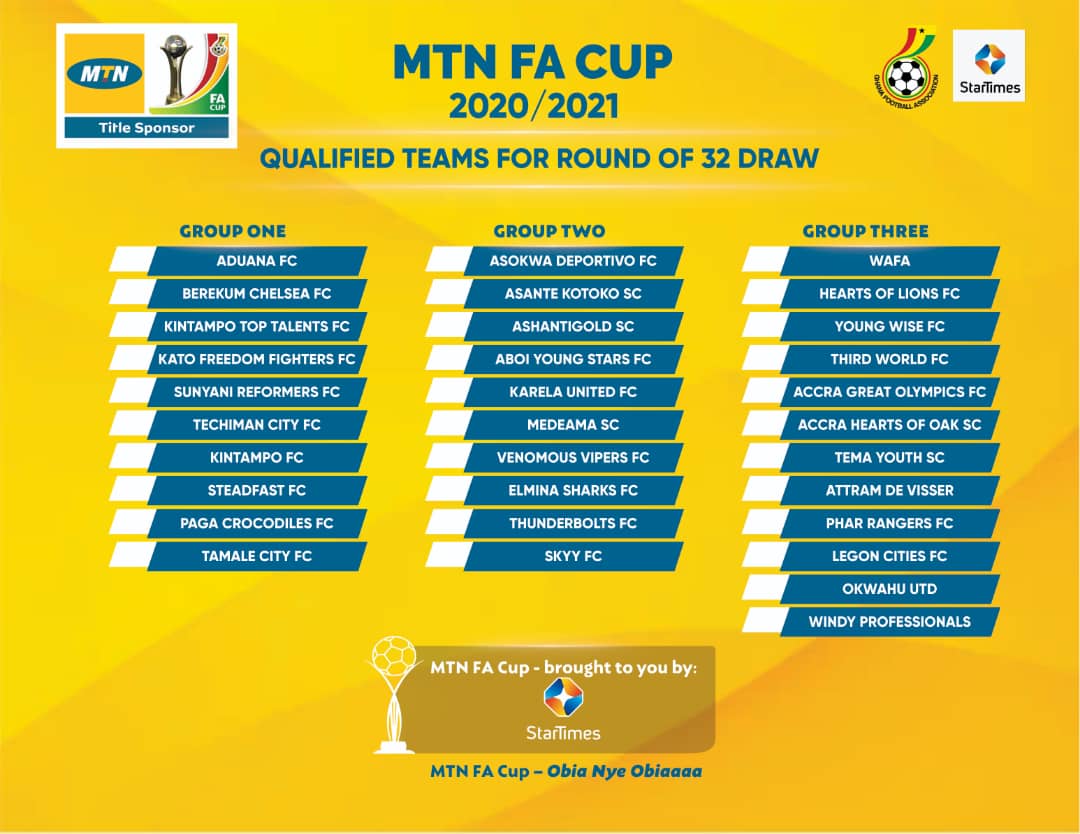