Coach Otto Addo has named Clermont Foot defender Alidu Seidu in the starting lineup for the Kirin Cup opening match against the Samurai Blue of Japan at the Noevir stadium, Kobe on Friday.

Also in the lineup is Hearts of Oak defender Dennis Korsah – who gets to make his first appearance for the Black Stars.

Edmund Addo will partner Daniel Amartey in central defence while Mubarak Wakaso starts for the first time since November 11, when Ghana defeated South Africa 1-0 in the World Cup qualifiers in Cape Coast.

VfB Bochum winger Christopher Antwi Agyei will operate on the wings while Captain Andre Ayew, Ajax man Mohammed Kudus and Jordan Ayew are in the starting lineup for Ghana. 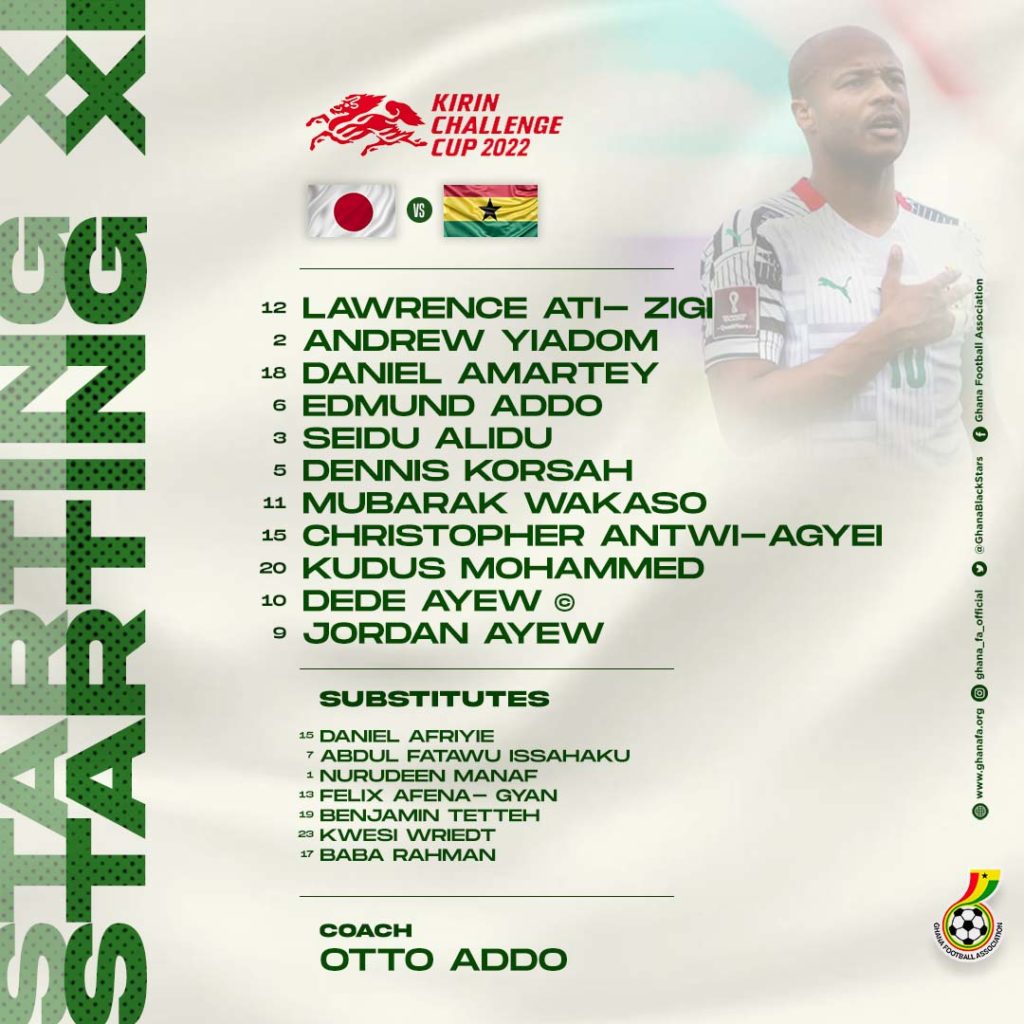