Ghana will play two matches in the September window as part of preparations towards the FIFA World Cup Qatar 2022 finals in November/December.

Also included in the squad are Richard Ofori, Joseph Aidoo and Antoine Semenyo who missed the Kirin Cup Tournament against Japan and Chile in June this year.

Ghana will play Brazil on Friday, September 23, at Stade Oceane in Le Harve- France before taking on Nicaragua at Estadio Francisco Artes Carrasco in Lorca, Spain on Tuesday, September 27, 2022.

Find the full squad below: 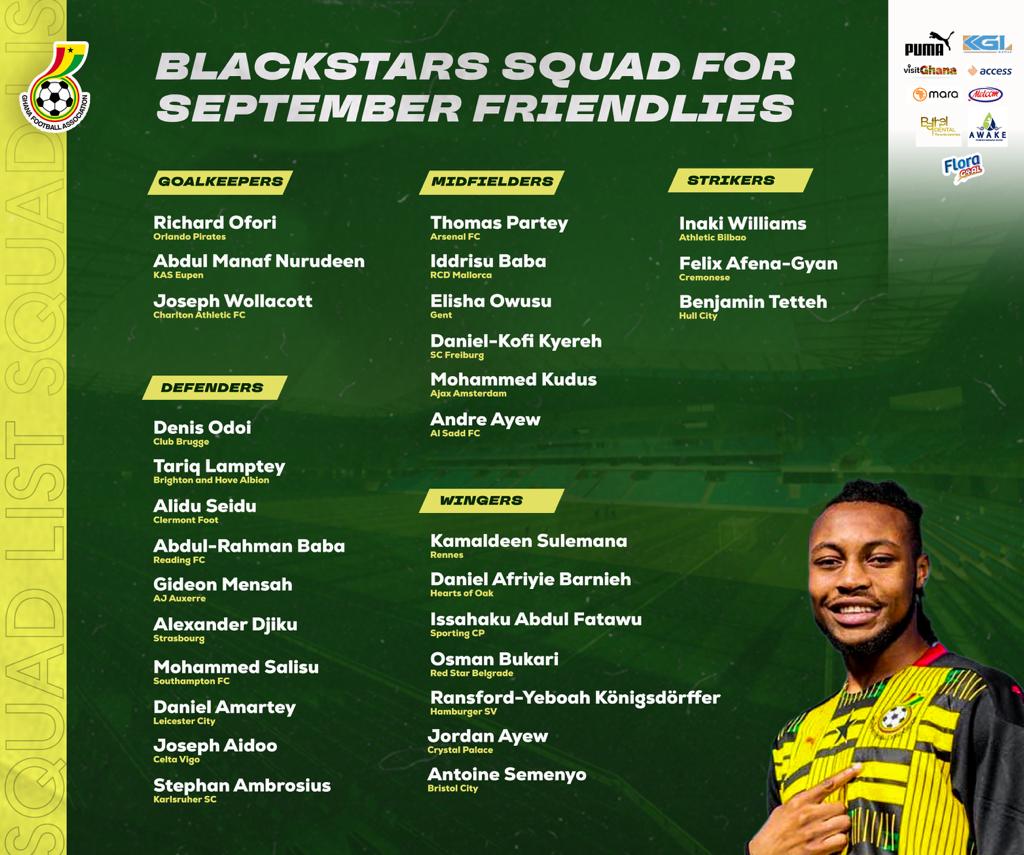