MTN FA Cup: Holders Asante Kotoko down BYFA to progress as Hearts of Oak thump Liberty Professionals to make Round of 32

FA Cup holders Asante Kotoko needed two second half strikes to beat Bekwai Youth Football Academy 2-0 to progress to the next stage of the competition.

After playing a barren first half, Fabio Gama opened the scoring in the 51st minute after connecting from the spot following a foul on Christopher Nettey in the box.

The Porcupine Warriors improved tremendously after the opener and pushed the opponents into their in search of a second goal.

Emmanuel Keyeke got his name on the scorers’ sheet after smashing home a beautiful curler for the second goal inside 60 minutes. The win takes Asante Kotoko to the Round of 32.

At the Accra Sports stadium, Hearts of Oak extended their winning run to six games in all competitions as they eased passed Liberty Professionals 3-0 on Wednesday. A Daniel Afriyie Barnie double and Kojo Obeng Jnr’s first half strike were all the Phobians needed to outwit their opponents. Barnieh hit the first goal only 18 minutes into the game before Obeng Junior added the second, three minutes from half time.

Back from recess, the Phobians went all out and fetched the third goal in the 48th minute of the game. It was a delightful build up that led to the goal with Salifu Ibrahim in the thick of affairs.

An interwoven passes between midfield duo Emmanuel Nettey and Salifu Ibrahim found Barnie who calmly slotted home for the third of the day.

In other results, Inter Allies crashed out of the competition after losing 5-1 to Tema Youth at the Tema Park.

In Sogakope, WAFA were too hot to handle as they beat lower tier side Akatsi All Stars 4-0 at the Red Bull arena to progress.

Phar Rangers also battled to a shootouts win against Dreams FC at the Akuapem Mampong Park. The Division One League side won 4-2 in the shootouts after holding Dreams FC to a 2-2 draw in regulation time.

Wednesday results at a glance: 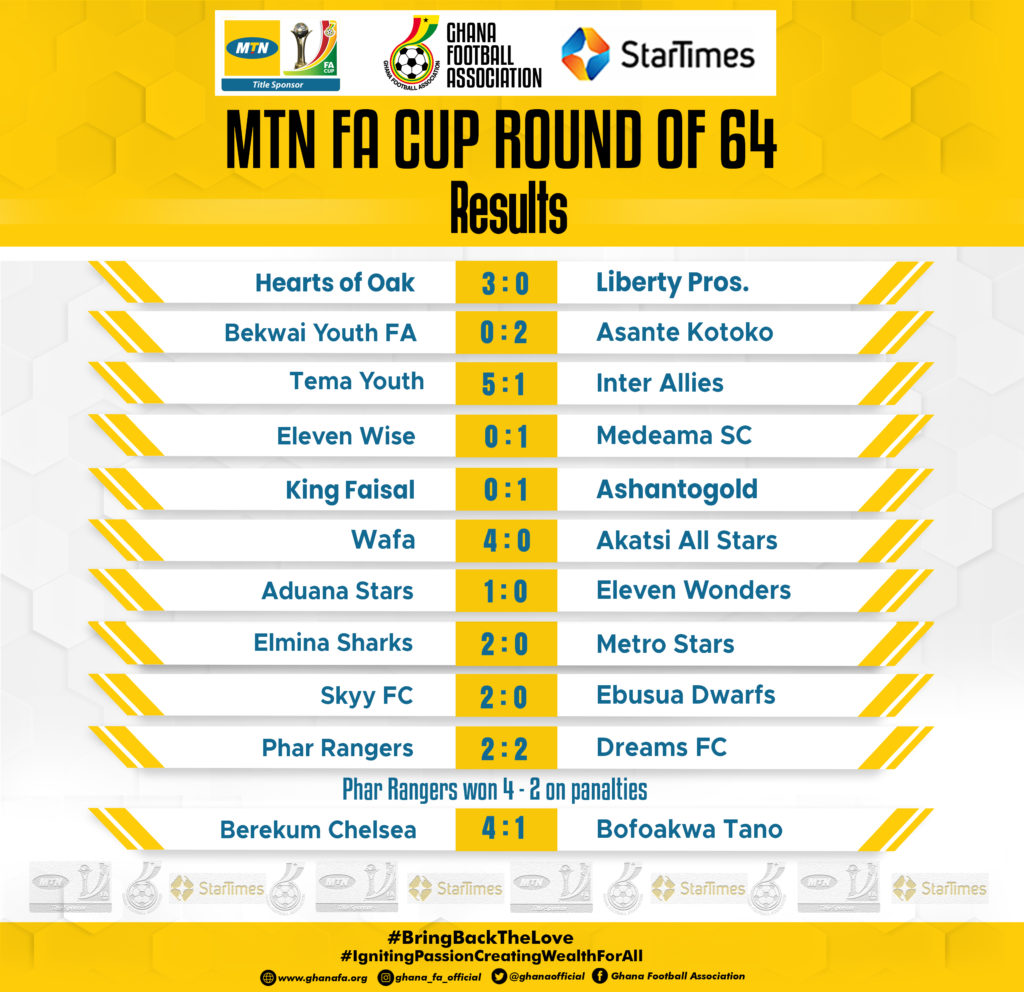