Medeama SC will on Saturday, lock horns with former Champions Aduana Stars in a match day 8 fixture at the Akoon park in Tarkwa.

The mauves and yellows have failed to replicate the form they displayed in last seasons League winning only once this term. They have drawn all three home games and lost twice on the road to Dreams FC and WAFA.

Agyenim Boateng’s solitary strike in Cape Coast earned them their first and only win of the season thus far as they won 1-0 against Ebusua Dwarfs.

Coach Samuel Boadu’s side have rich experience with the likes of Rashid Nortey, Justice Blay, Eric Kwakwa, Akwasi Donsu and Agyenim Boateng in their fold but they have yet to show that class in this seasons League. 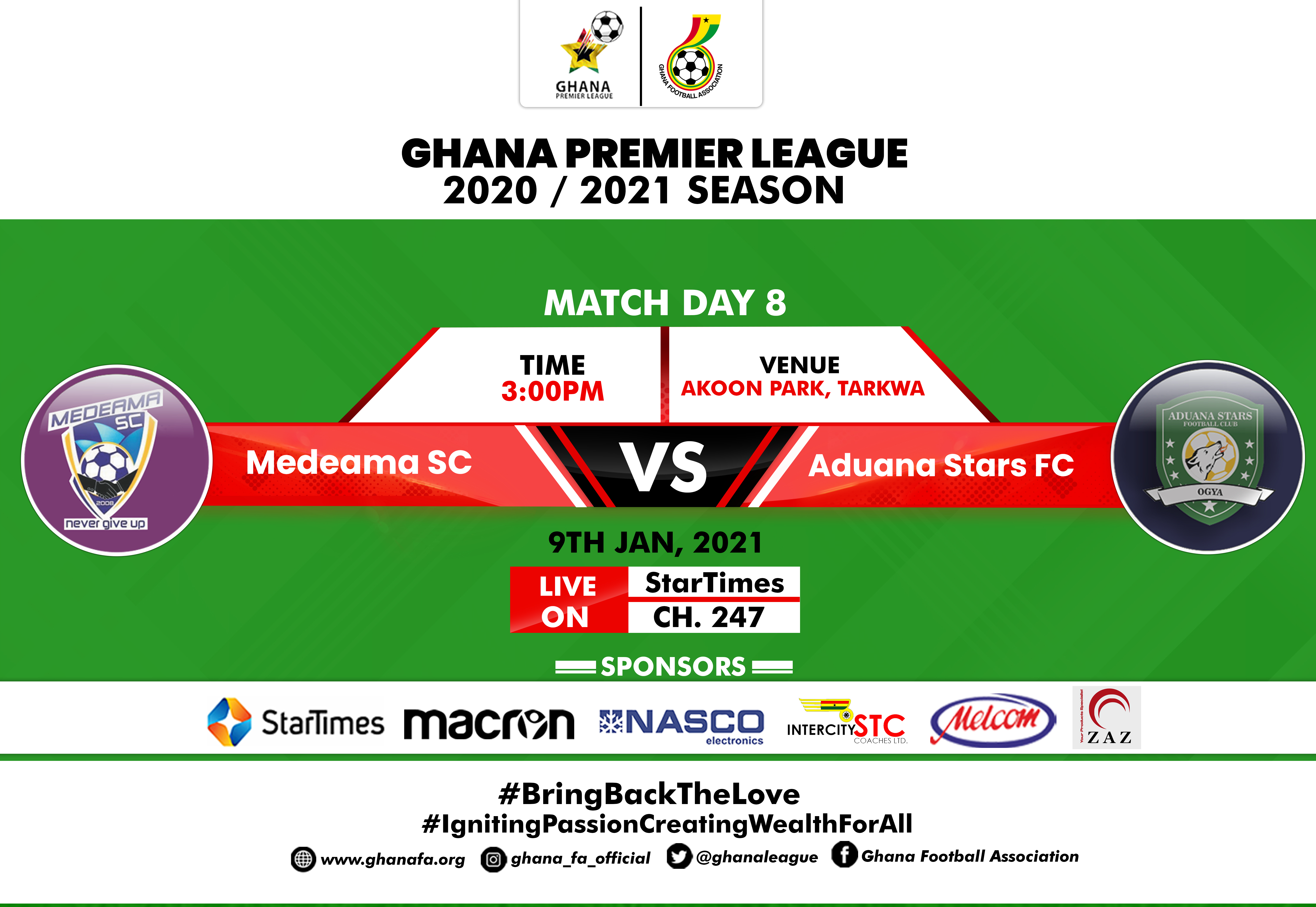 They leaked five goals against WAFA on Sunday, their heaviest defeat in history and not even their impressive fight back could earn them a point at the Red Bull arena at Sogakope. Medeama SC play without fear, they have flair and tenacity going forward. But wastefulness is the reason for their woes. Their three outings at home have been nothing but poor as they have scored two and conceded two.

Pressure continues to mount on Coach Samuel Boadu and his players as the fight for three points rambles on. On Sunday, they have a test against Aduana Stars, one of the experienced sides in the Premier League. The Ogya lads, came from a goal down to record a 2-1 win against Great Olympics on Sunday at Dormaa to continue their four-game unbeaten run.

The former League champions have not lost a game since losing 1-0 to Elmina Sharks at the Nduom stadium. Talisman Yahaya Mohammed is gradually picking up the pieces as he continues to impress for his side.

Bright Adjei, Samuel Bio, Justice Anane and Farouk Adams have bagged experience over the years and could prove a tough customer for the home side. Aduana stars sit in 7th place with 10 points, winning two and drawing four in the process.

Matches between the two sides is always fierce as both teams consistently compete for the League title. Yahaya Mohammed scored the winning goal at the Dormaa park last season when they met in the cancelled 2019/2020 campaign.

A win for Medeama SC could turn their season around and boost their confidence and belief for the re4st of the matches.

The game will be broadcasted live on StarTimes Adepa channel 247 at 3pm.