George Mfegue scored in the 79th minute as Asante Kotoko beat Medeama SC 1-0 to extend their lead at the top of the Premier League table. The Cameroonian broke the deadlock 11 minutes from time as his powerful low strike into the far right corner beat Boris Mandjui in post for the mauves and yellows for the only goal of the match.

In Accra Solomon Adomako and Ebenezer Sekyere scored in either half as Great Olympics beat King Faisal 2-1 at home with Zubairu Ibrahim netting for King Faisal level.

Osman Amadu scored for Legon Cities but it wasn’t enough to give them the three points as Bibiani Gold Stars came from behind to beat them 2-1 at the DUN’S Park. 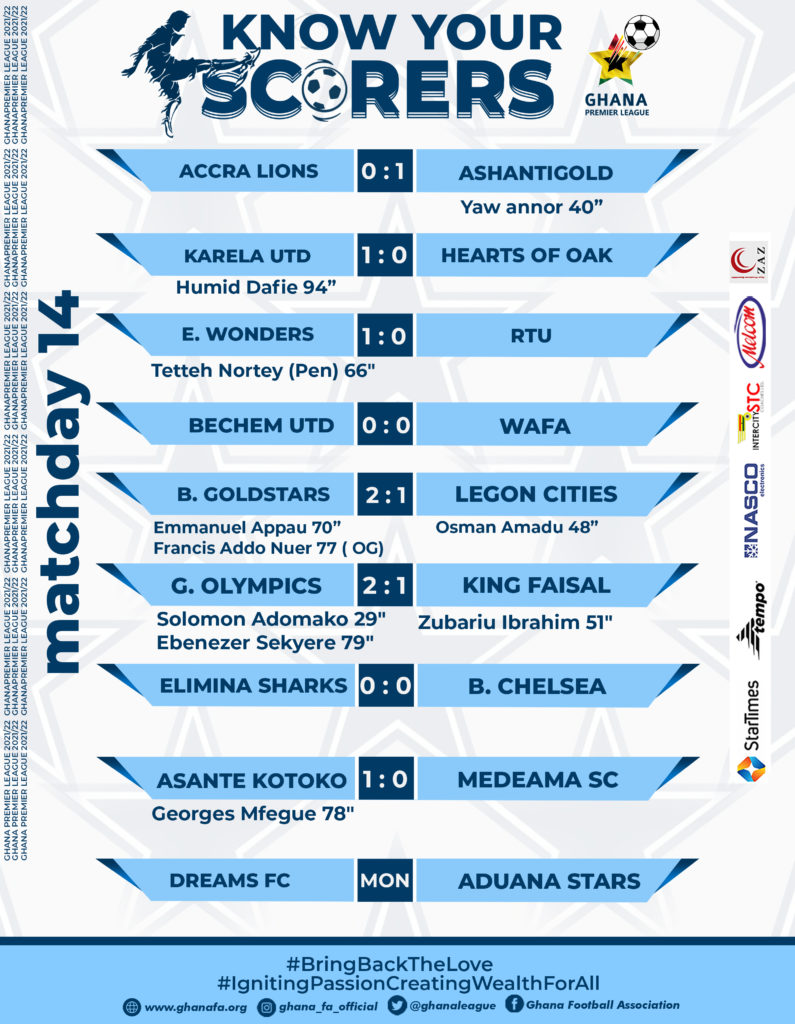