Isaac Oppong scored the match winner for Asante Kotoko against Bibiani Gold Stars at DUN’S Park as the Porcupine Warriors secured their third straight win the on-going Ghana Premier League. The diminutive winger burnt a delicious into the roof of the net to give Coach Prosper Narteh Ogum’s side their second away win in the season.

Asante Kotoko lead the League table with 9 points after their bright start to the season.

In Tamale, David Abagna scored a brace for Real Tamale United as they beat WAFA 2-0 at the Aliu Mahama stadium.

Accra Hearts of Oak threw away a first half goal to draw 1-1 with Aduana FC at the Accra sports stadium. Kofi Kordzie scored his second of the season in the 9th minute but Bright Adjei converted a second half penalty to give the Ogya lads a point in Accra.

Agyenim Boateng grabbed a brace in Dawu as Dreams FC defeated Accra Lions 3-1 at the Theatre of Dreams. Ali Huzaif opened the scoring for Dreams FC before Agyenim Boateng added the two goals with Rauf Salifu reducing the deficit for the newly promoted side.

King Faisal scored two second half goals to down AshantiGold SC at the Baba Yara stadium in Kumasi. Enoch Morisson and Osman Ibrahim got on target for King Faisal to continue their brilliant start to the season. King Faisal sit in second place with 9 points after three matches in the season. 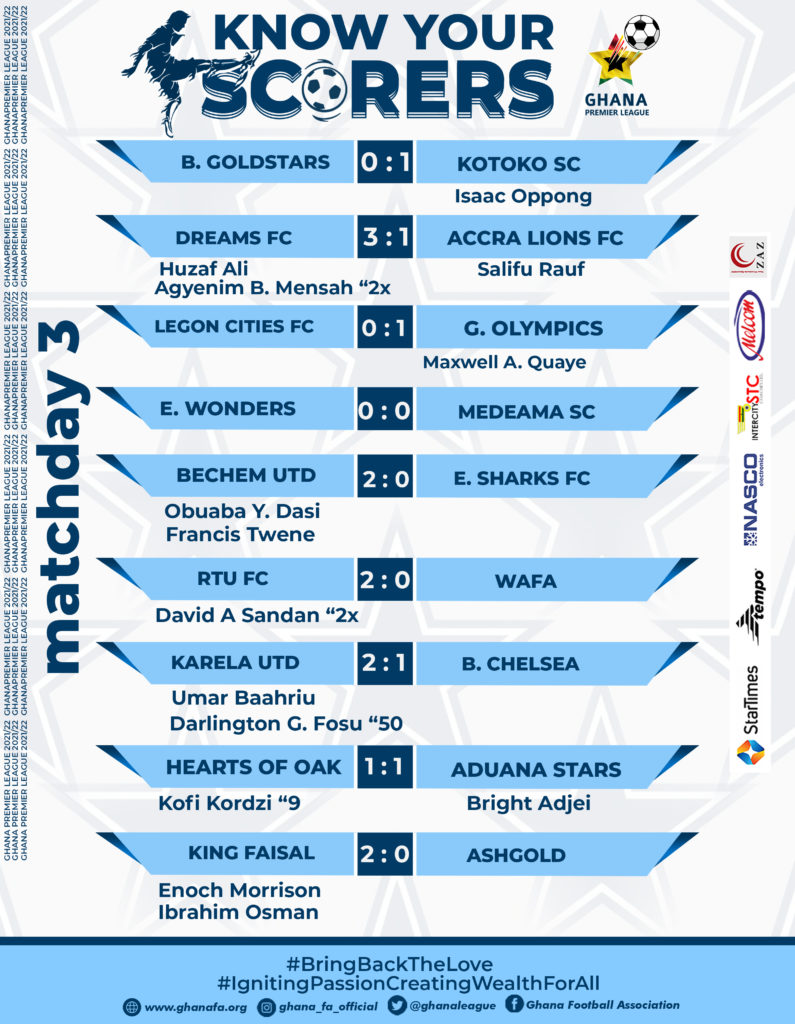