Asante Kotoko yet again grabbed the headlines on Match Day four of the Premier League campaign after dispatching Eleven Wonders 2-0 at the Baba Yara Stadium on Saturday.

Abdul Fatawu Issahaku and Maxwell Abbey Quaye were the star men in Accra when Great Olympics clashed with Dreams FC in a six goal thriller which ended 3-3 with Olympics coming from three goals down to salvage a point.

In Obuasi - Yaw Annor and Abdul Salam got on the scorers sheet as Ashanti Gold berated Hearts of Oak 2-0 at the Len Clay stadium.

The Scorers are well captured below: 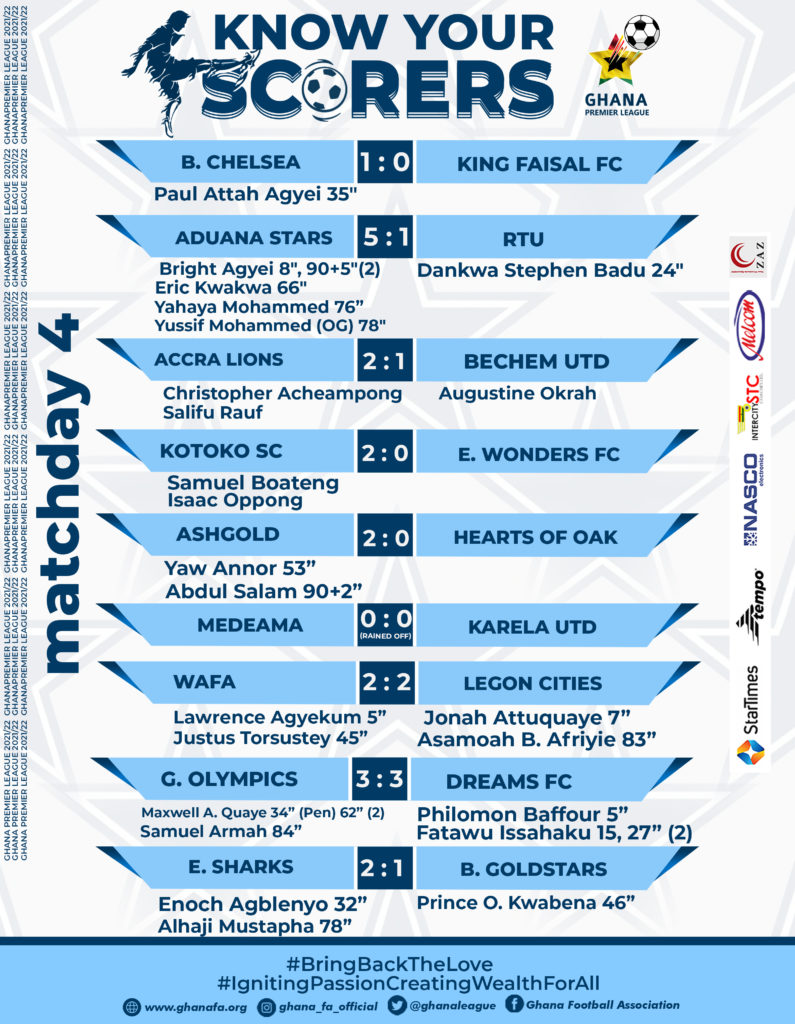