KGL Group has responded to President Nana Addo Dankwa Akufo Addo’s appeal by signing a One Million dollars ($1,000,000) support package with the Ministry of Youth and Sports for the support of the National Football Teams.

According the company, the package is in fulfillment of their commitment and support towards sports development in response to the call on corporate institutions to support the Sports Ministry and will be specially focused on augmenting the Ghana Football Association’s (GFA) efforts in preparing the national football teams, especially the Black Stars, to partake in the upcoming Africa Cup of Nations and 2022 FIFA World Cup qualifiers. 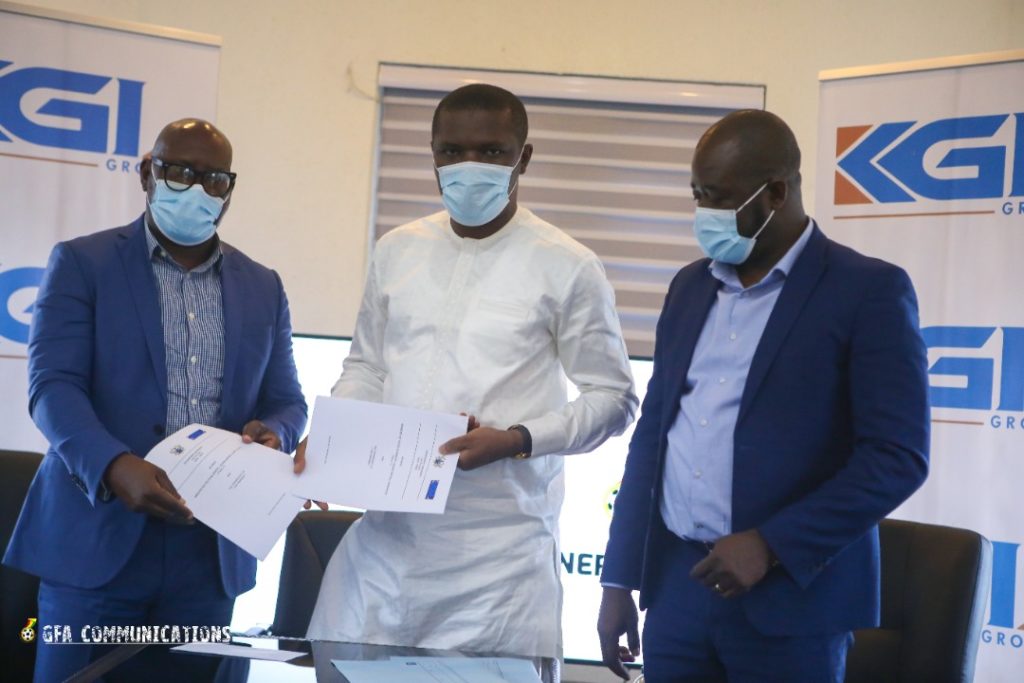 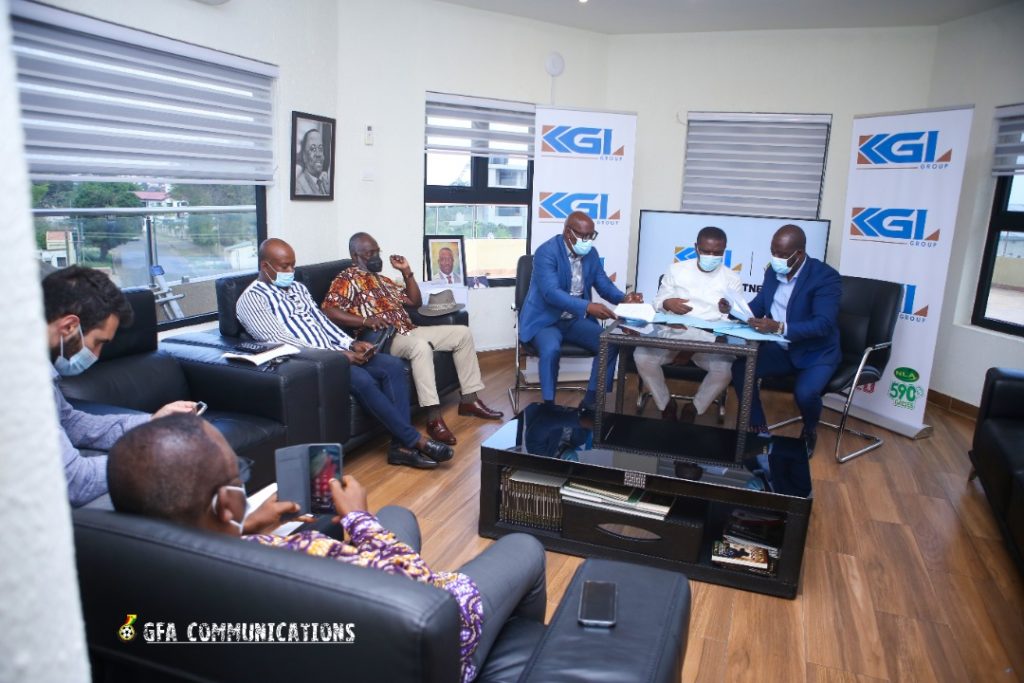 Speaking at the event Corporate Affairs Director of KGL Group, Ken Mpare expressed pleasure at the official agreement signing signifying the start of the partnership.

“KGL's social accountability goes beyond just giving back to society or charity cases, but encompasses the complete integration of KGL's business divisions and operations to impact all aspects of society economically, socially, and environmentally.” he said.

He reiterated KGL Group’s continued support to the GFA and the Ministry of Youth and Sports in exploring areas of collaboration towards the collective goal of sports development including social impact across sports through the group’s CSR wing, the KGL Foundation. 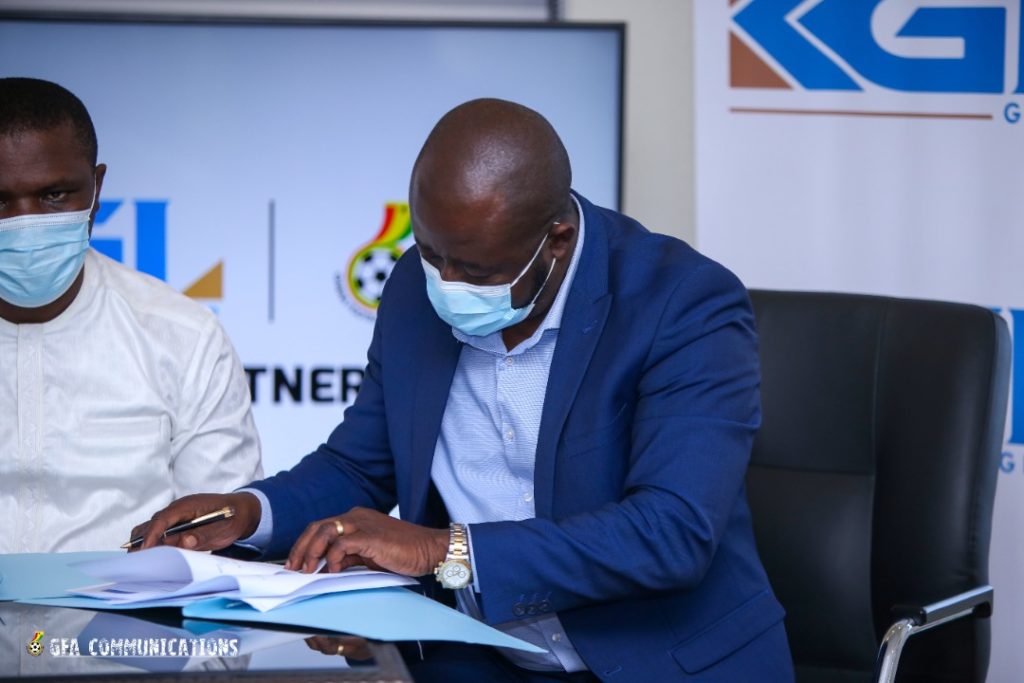 In receiving the presentation, the Minister for Youth and Sports, Hon. Mustapha Ussif expressed his delight about the collaboration towards developing sport especially with the support geared towards the national teams.

The Sports Minister promised that the resources will be managed appropriately and channeled towards fulfilling the intended objective and to achieve the expiration of Ghanaians.

President of the GFA, Mr. Kurt Edwin Simeon-Okraku added that "this move will go a long way in helping the institution’s quest towards repositioning Ghana football as the nation’s premier sports and to prepare very well for the intended assignments. Mr. Simeon-Okraku further stated that it is his hope that the step taken by KGL would energise other institutions to also heed the call of the President of the land. 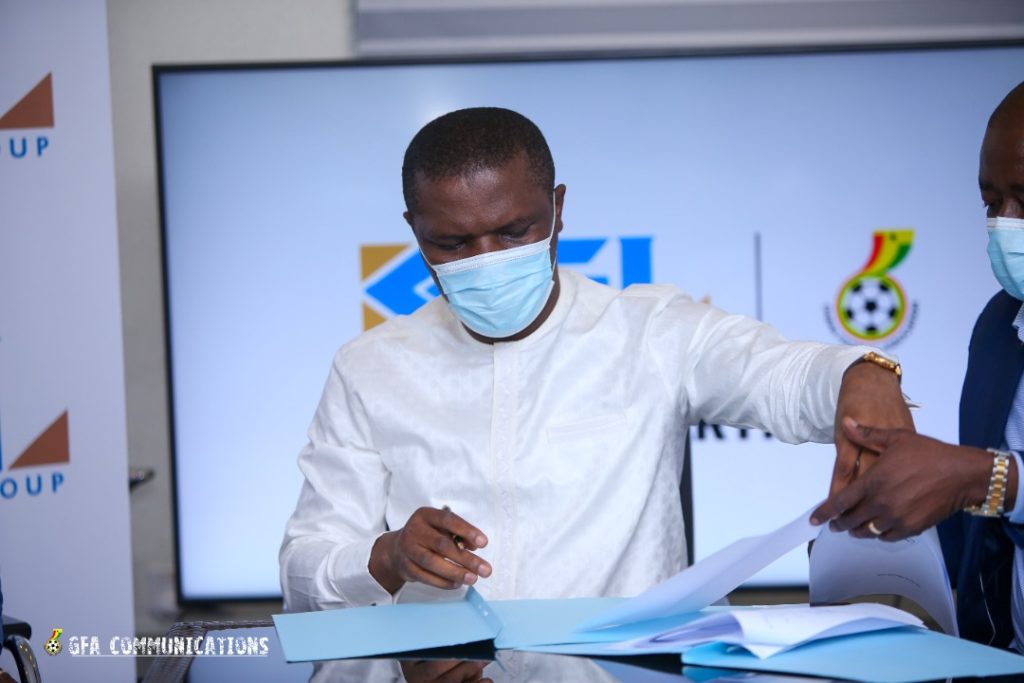 KGL and the KEED consumer brand have been at the forefront in helping the Government to successfully implement the digitalization programme at the NLA for revenue generation national development. 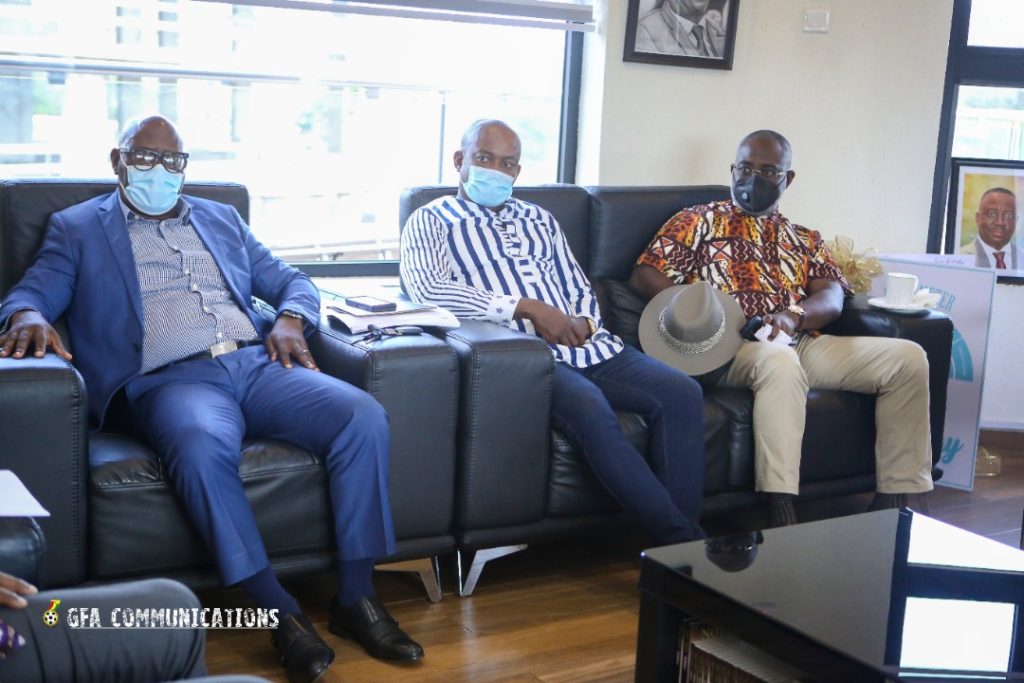