Defending Champions Accra Hearts of Oak, giants Asante Kotoko SC, three-time Champions Accra Great Olympics and League leaders Aduana FC will go into action this weekend in search of a ticket to the Round of 16 of the 2022/23 MTN FA Cup.

Hearts of Oak will host Dreams FC at the Accra Sports stadium on Sunday, January 22, while giants Asante Kotoko, who have nine FA Cup titles to their credit lock horns with lower tier side Benab FC at the Baba Yara Sports stadium in Kumasi. The League Champions have yet to win a game in 2023 following four straight draws against Aduana FC, Accra Great Olympics, Tamale City and Bibiani Gold Stars since the beginning of the new year. The Porcupine Warriors are expected to field a strong team against the Division Two side as Coach Seydou Zerbo works around the clock to turn things around in their quest for the double.

In Accra – record Champions Accra Hearts of Oak head into a difficult test against Dreams FC at the Accra Sports stadium. Despite a 3-2 win over the Still Believe lads in the semifinal of  last season’s Cup competition, Hearts of Oak came from two goals down to draw 2-2 with Dreams FC in the first round of the 2022/23 betPawa Premier League. The tie pits two of the best teams in the season against each other – this time at the Round of 32 of the MTN FA Cup. The Phobians have tasted one defeat, drawn two and won in their last four outings in the League going into the match against a Dreams FC side that have climbed up the League table following three wins and two draws in their last five outings. 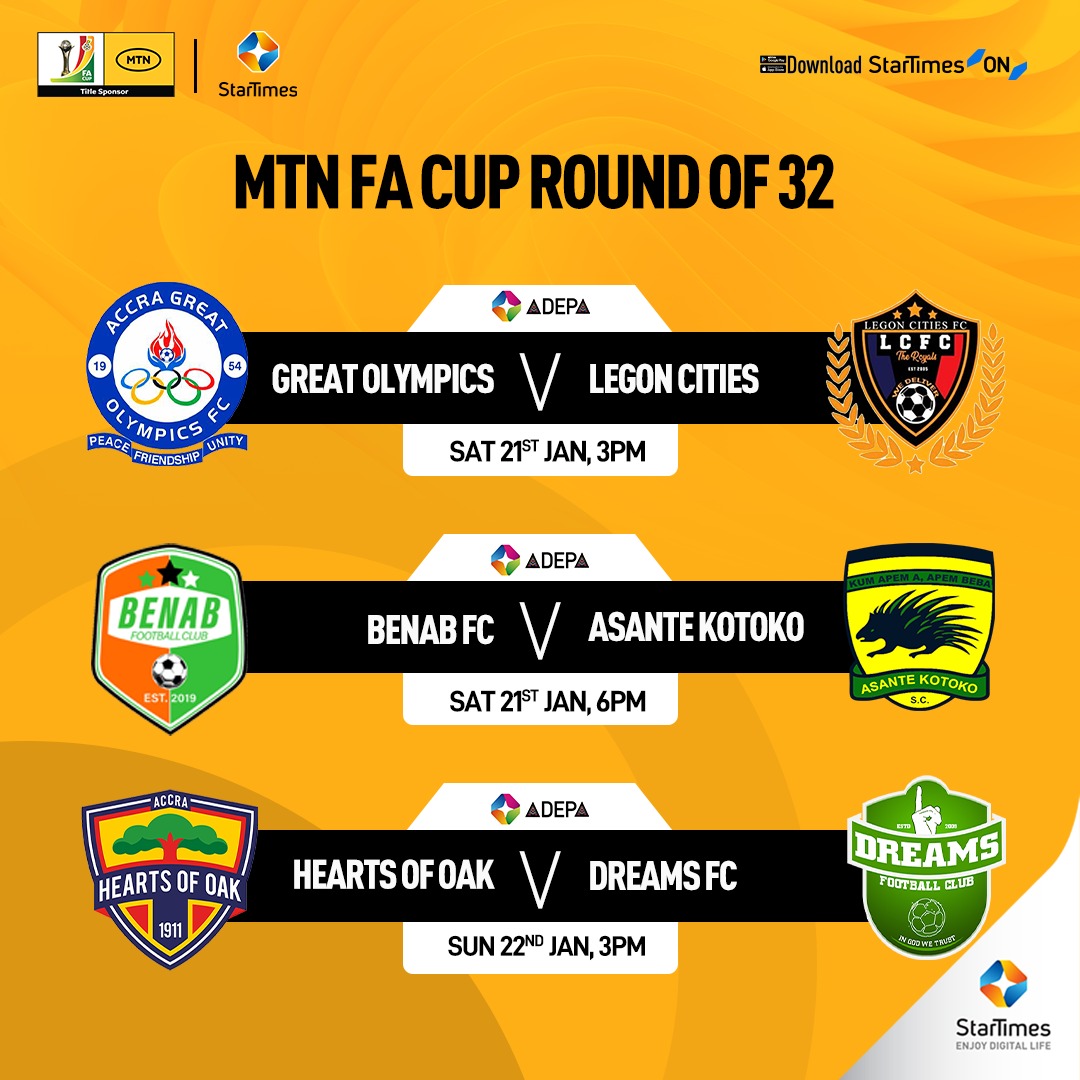 Accra Great Olympics have won the FA Cup three times, (1975, 1983 and 1995) and will step onto the pitch looking for their first Cup triumph in 27-years. However, the Dade Boys have an uphill task against Premier League campaigners Legon Cities on Saturday.

Meanwhile League leaders Aduana FC will do battle against Tano Bofoakwa at the Sunyani Coronation Park in another cliffhanger for the Round of 32.

Find the full fixtures below: 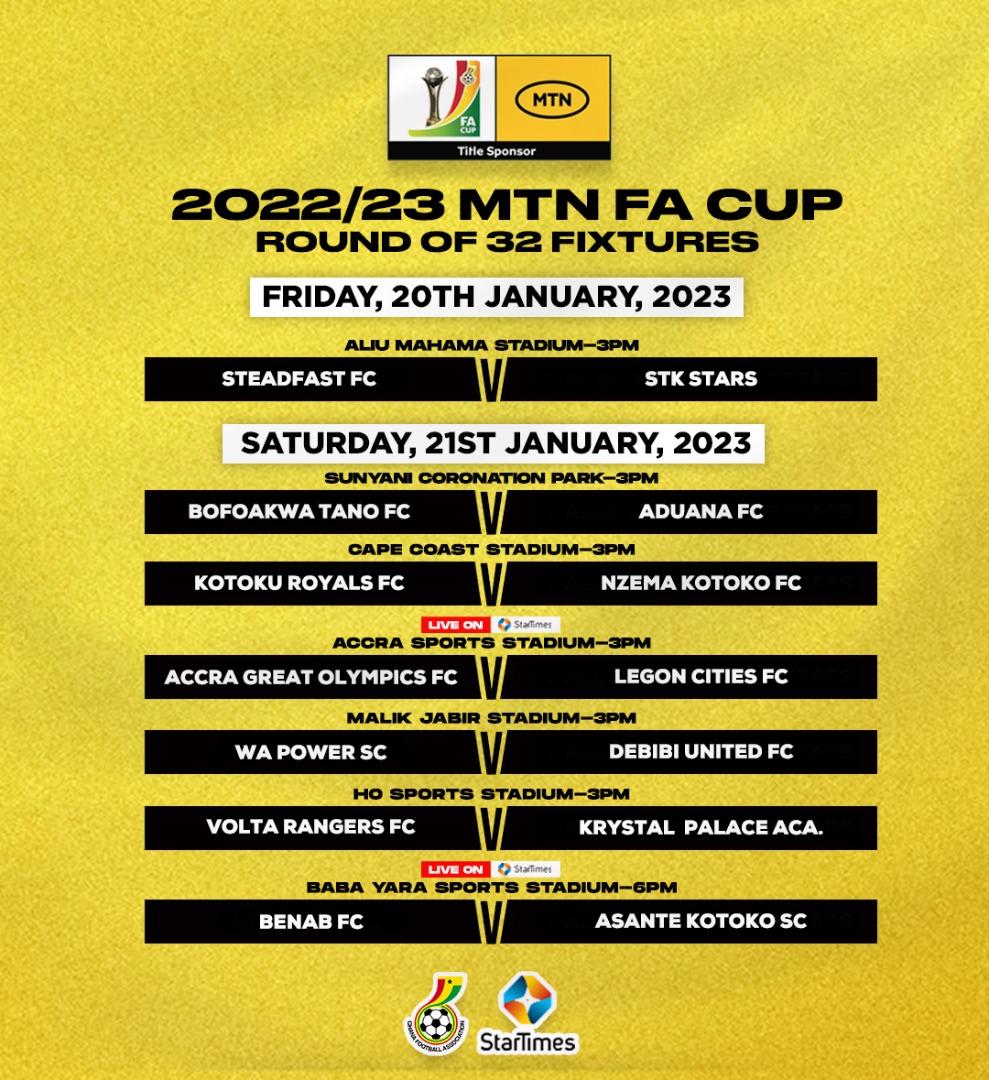 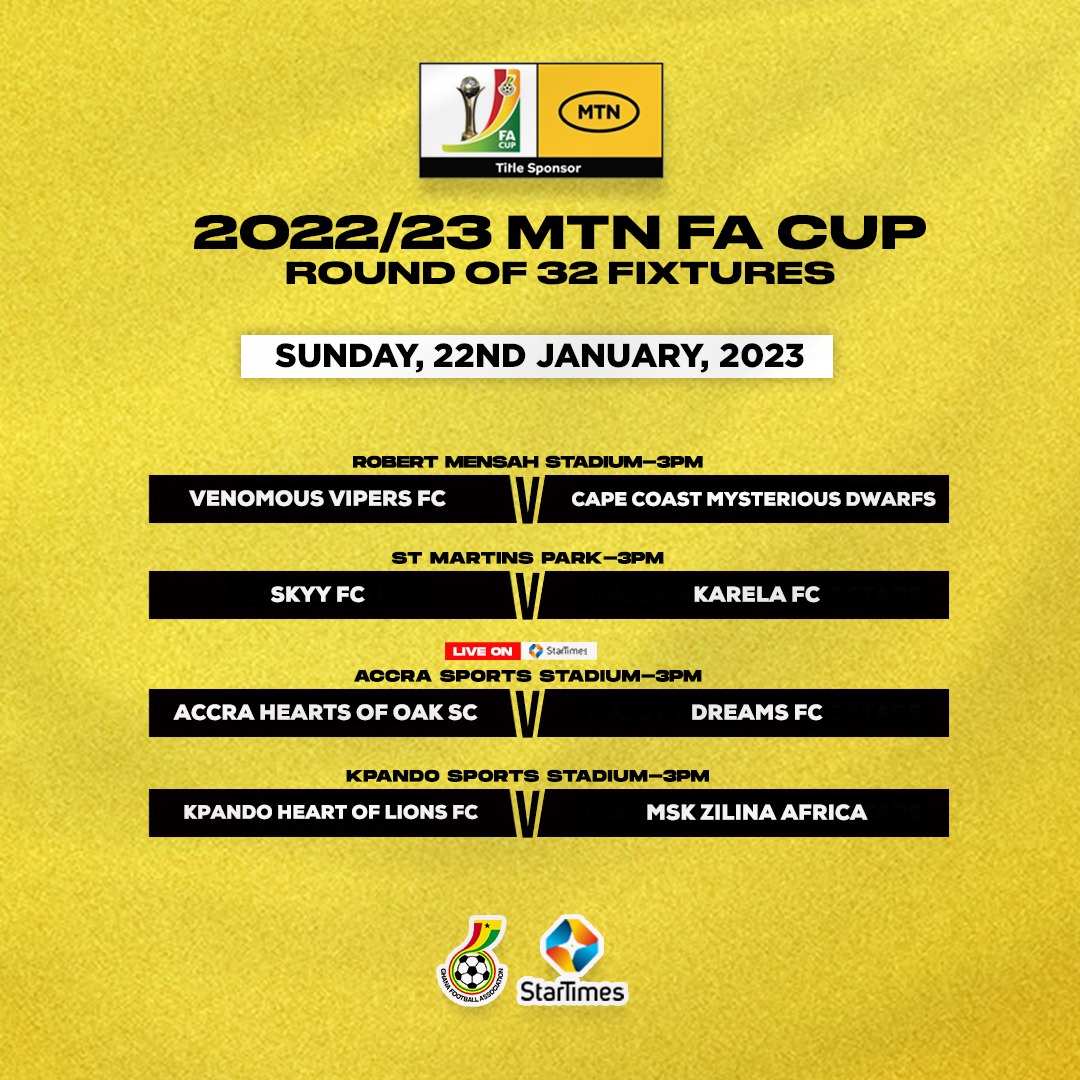 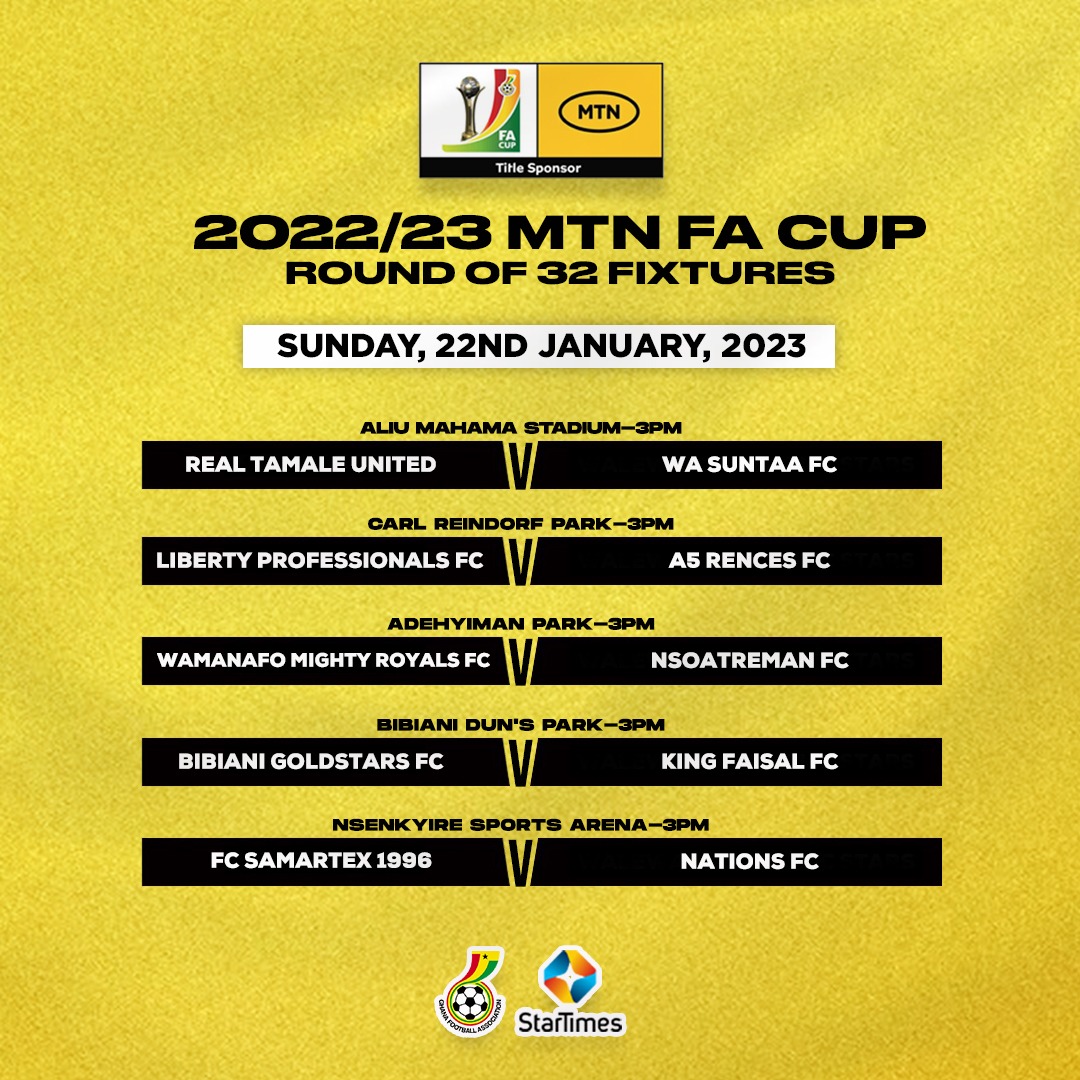