Accra Great Olympics and Medeama SC will get us underway on Friday, April 2, 2021 when the second round of the 2020/21 Ghana Premier League returns after a one-month break.

The Dade boys will host the Mauve and yellows at Accra stadium Friday. Olympics picked a vital away point in the first round of the campaign following a 1-1 draw at the Akoon Park in Tarkwa.

Great Olympics ended the first round of the League on a high after beating Dreams FC 1-0 at the theatre of Dreams, Dawu, while Medeama SC picked a point against Berekum Chelsea in a 1-1 draw at Golden City Park in Berekum.

Three points separate the two teams on the League log.

Great Olympics sit in second place with 30 points while Medeama SC occupies the 5th spot with 27 points from 17 games. 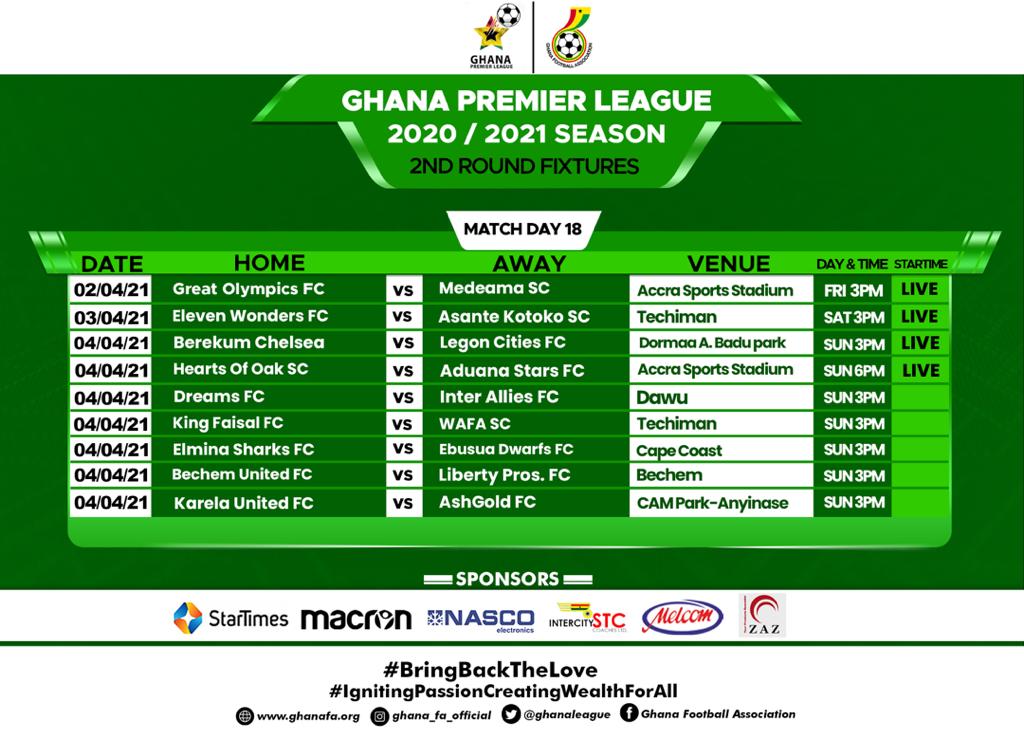