The visit was to congratulate him on the 10th-anniversary celebration of their first league triumph. Aduana Stars won the 2009/10 Ghana Premier League title in their debut season. 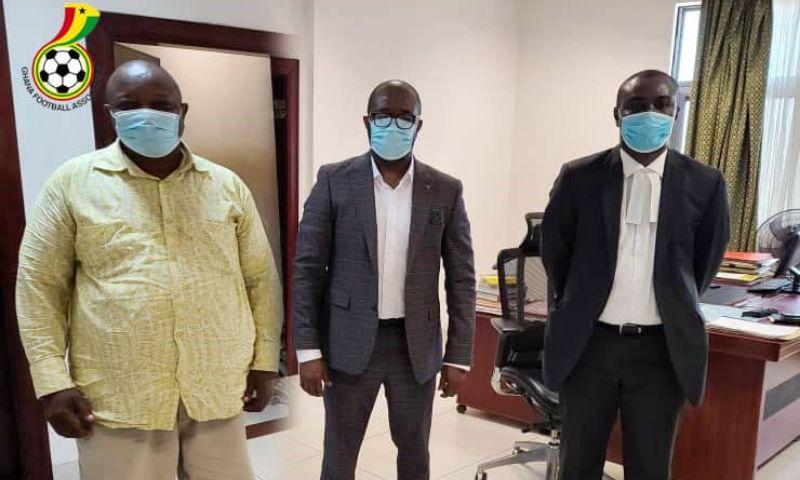 Osagyefo Oseadeeyo Agyemang Badu II, King of the Dormaa Traditional Area and a High Court Judge, is the pillar behind the success of the club. His investment in Ghana football is far worthier of admiration.

“I think Aduana Stars have contributed a lot to the growth of our football and is worth celebrating,” President Kurt Okraku told the GFA media team.

“Spending on players and investing in football in Ghana is no child’s play. But Nana has shown commitment to the sport for years and deserves to be celebrated.

“I came here to congratulate him and to urge him to do more for the game to the benefit of all,” he added

Aduana Stars, formed in 1985, gained promotion to the Ghana Premier League in 2009/10 season and made an instant impact, winning the league in their debut campaign.