The Ghana Football Association wishes to announce that it has made payment of One Million, forty-eight thousand, three hundred Ghana Cedis (1,048, 300.00) in merit awards to winners of the various competitions in the 2021/22 football season.

Others include prize money for winners of each of the three zones in the Access Bank Division One League and the three clubs that finished second in zone One, two and three.

Here is the breakdown of the respective Merit Awards: 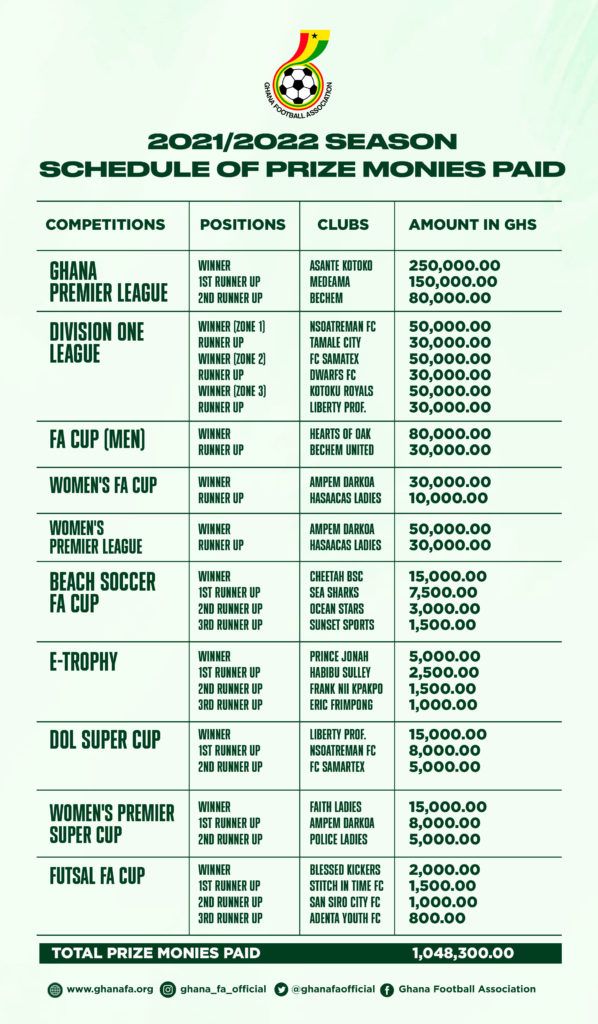