Four of our national teams will be busy in the coming days beginning from Tuesday, April 12, 2022 when the senior Women’s national team – otherwise known as Black Queens take on Morocco in an International friendly in Rabat.

Coach Mercy Tagoe – Quarcoo is now on a rebuilding mission having failed to secure a ticket to the 2022 TotalEnergies Africa Women’s Cup of Nations.

Also expected to be busy in April, are the Black Maidens. The Women U-17 team are in the second round of the FIFA U-17 World Cup qualifiers where they face Guinea in the 1st leg on Saturday, April 16 before hosting the 2nd leg in Cape Coast on Saturday, April 30, 2022 respectively.

Finally, Coach Abdul Karim Zito will lead the Black Satellites to Niamey to defend the WAFU Zone B U-20 title in Niger. The tournament is scheduled from Saturday, May 7 to Friday, May 20, 2022.

All four national teams have been preparing at the Ghanaman Centre of Excellence at Prampram for their respective assignments. 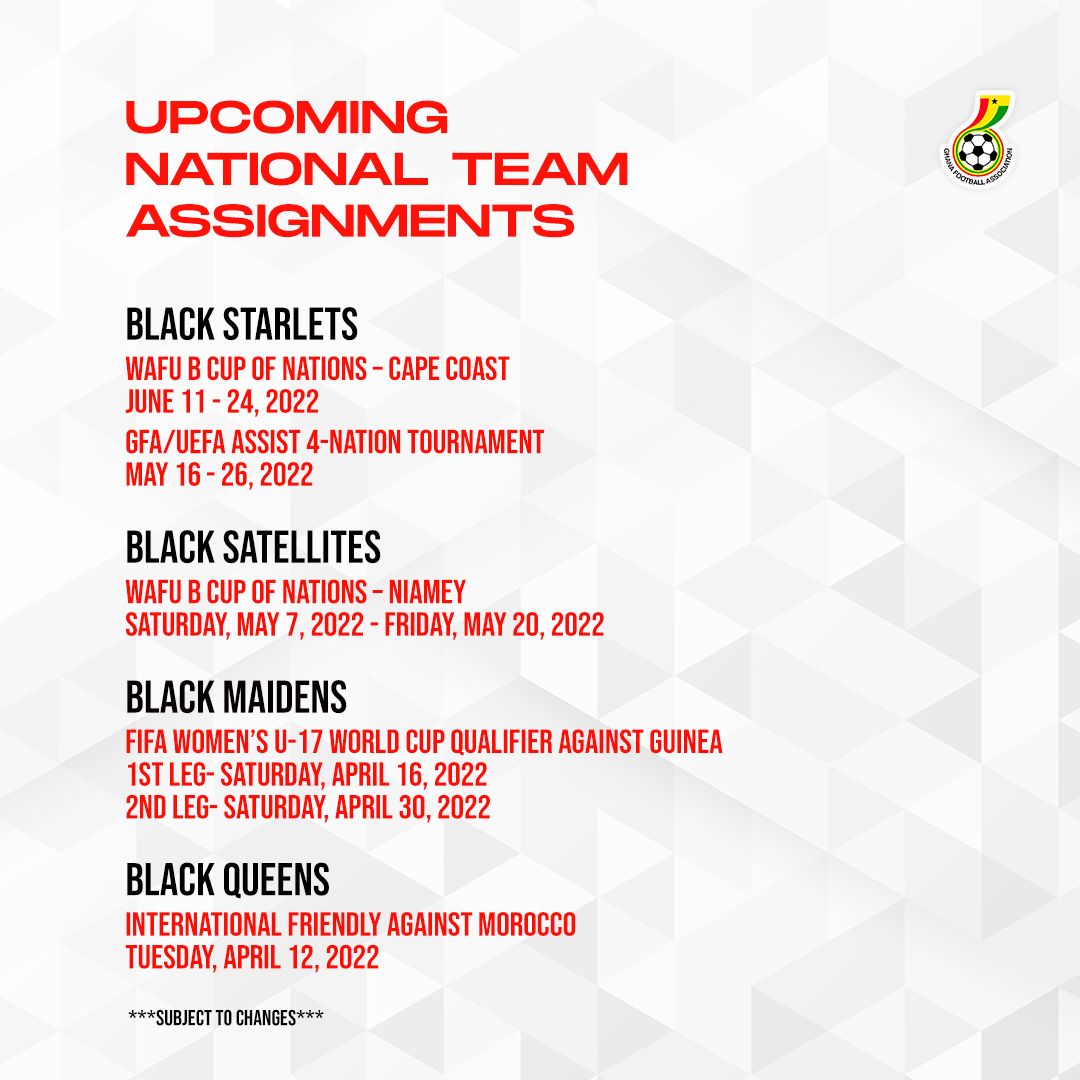